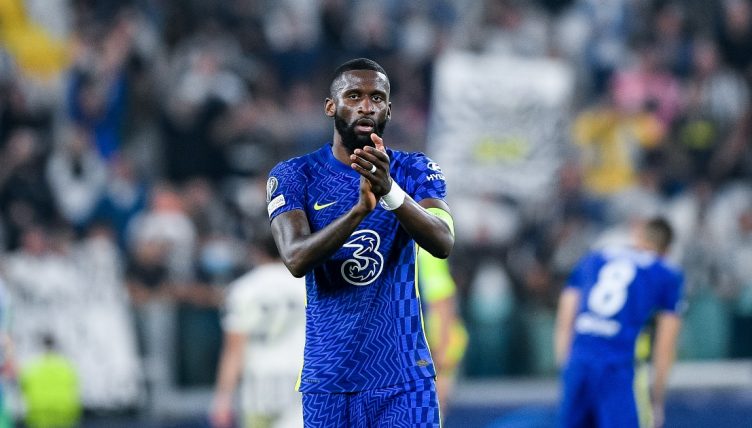 Cast your mind back 12 months and Antonio Rudiger would have been be considered anything but indispensable to Chelsea.

Rudiger had shown some flashes of looking a decent defender under Antonio Conte and Maurizio Sarri, particularly in a back three, but he was often one of the Blues’ most erratic players as they struggled to keep clean sheets under Frank Lampard.

Come October 2020, extending Rudiger’s contract – having not signed an extension since he joined on a five-year deal back in 2017 – didn’t exactly look high on Chelsea’s agenda, given he was routinely benched or left out of the squad entirely by Lampard.

A loan move to Jose Mourinho’s Tottenham had been mooted, but he turned it down because he didn’t want to burn his bridges by moving to a London rival – a decision that has since proven to be an inspired one.

After all, the 2020-21 campaign ended with Rudiger shouting “Who wants me out now!?” down the camera lens after lifting the Champions League trophy, having been welcomed back into the fold as an integral part of Thomas Tuchel’s backline.

The Germany international had endured a turbulent time with the Chelsea faithful, with some accusations he was partly to blame for getting a club legend the sack, but given what he’s since achieved – and his truly remarkable form in 2021 – he’s well on the way to cult hero status. Indispensable, you might say.

His performance during Chelsea’s supremely comfortable 4-0 victory over Malmo is Rudiger 2021 in a nutshell.

Commanding and entirely unruffled – but also that little bit bonkers. His wild-eyed, tongue-out reaction to winning a penalty was that of a chaos agent. A necessary joker in what’s an otherwise fastidiously ordered pack of cards.

He looked happier to have been bundled over from behind than to have got his shot away.

There is honestly no other footballer quite like Antonio Rudiger. pic.twitter.com/T1Q5cIGMQG

Think of the players that are both mavericks and brilliant footballers and chances are you’ll think of a playmaker or a winger. Maybe a goalkeeper, maybe a striker. At a push, a full-back – hello, Dani Alves – but not a centre-half.

When you think of the best defenders, chances are your mind will turn to stoic and serious individuals that might’ve been great military leaders in another life. Paolo Maldini, Jaap Stam, Franz Beckenbauer. You don’t imagine Virgil van Dijk is the life of Liverpool’s Christmas parties.

Rudiger is proving the exception to that rule. A little nibble of Paul Pogba’s shoulder – why not? Wildly swinging your limbs in a celebration never seen before or since – absolutely. Nearly scoring the goal of the season after a 50-yard run? That’s Rudiger.

Indeed, it seems to be a prerequisite for any Chelsea match to feature the defender taking a wild swing from 25 yards out and inevitably finding Row Z. The win over Malmo was no exception.

You just know, at some point, he’ll fire one right into the top corner and blow the roof off Stamford Bridge.

In fact, Rudiger finding himself in a dangerous position inside the box should be no surprise; Chelsea defenders have either scored or assisted 19 goals this season – that’s a direct hand in over 80% of the Blues’ goals this season.

With Romelu Lukaku yet to find his Inter form and set to spend a spell on the sidelines, possibly alongside Timo Werner – who also limped off against Malmo – Tuchel has needed others to step up. Step forward, Ben Chilwell, Trevoh Chalobah, Reece James and Rudiger.

Even Andreas Christensen, who had never scored in 136 previous appearances for Chelsea, got in on the act against Malmo – and Rudiger was right there to celebrate with his defensive partner, jumping and hugging him as the Joey to his Chandler.

Look how happy Rudiger is for Christensen to score his 1st goal for Chelsea. 🥺

What a finish from Andreas too. 👏🏻 pic.twitter.com/fHvpx8oTxj

Not only does Rudiger bring a sense of fun and uncertainty to Tuchel’s Chelsea, which can otherwise be lacking in their often low-scoring encounters, but he can also be depended upon.

Edouard Mendy didn’t have a save to make against the champions of Sweden, which is no surprise given Chelsea’s defensive record with Rudiger at the heart of their backline. He featured in every minute of the knockouts in the Champions League last season as the Blues conceded just twice in seven high-pressure outings.

He’s been just as prominent this season, a key pillar of Tuchel’s side sitting top of the Premier League table and boasting the joint-best defensive record.

Yet that contract question remains, ticking along into the final eight months and allowing Rudiger to talk to potential suitors – hello, Bayern Munich – in January.

Chelsea simply can’t afford to lose a player that brings so much to the table.