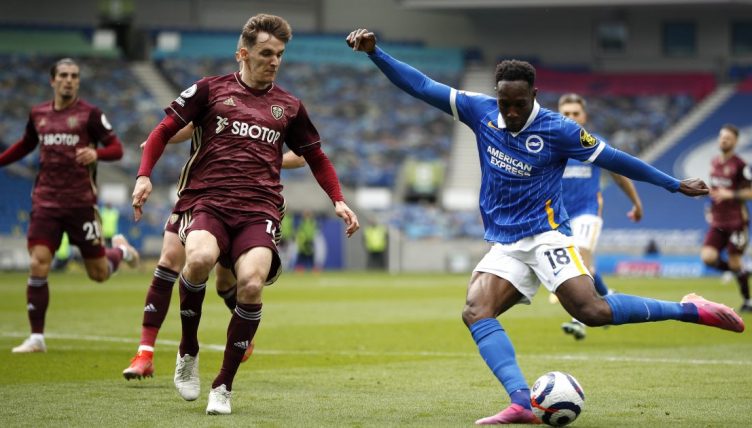 Your perception of Leeds United‘s 0-0 draw with Manchester United at the end of April is likely to have been shaped by whether or not you’re a fan of either club.

As someone with skin in the game, it looked an awful lot to me like a well-matched battle between two sides giving as good as they got. Coming at the end of a week in which the visitors had been forced to climb down from their European Super League pipedream, the match served as a refreshing tonic: a genuine, open competition played out over 90 minutes on the Elland Road turf.

Jamie Carragher, however, is not a fan of either club, and it showed. As Sky’s co-commentator, Carragher sighed his way through a game that he believed was lacking any redeemable features. At one point, he could only laugh as Luke Ayling shanked a pass in the wrong direction. At another, he urged viewers not to change the channel as the League Cup final would be on soon.

In the grips of a comedown after the adrenaline of a week rallying fans to protest against the Super League had worn off, Carragher sounded groggy from the first minute, and the lack of frenetic action Leeds are known for providing was never going to lift his spirits.

Given Leeds have so often been criticised for being too open, too much fun, this season, it was a frustrating gripe. Without being able to offer his usual analysis of, ‘This is what happens when man to man marking all over the pitch goes wrong,’ Carragher failed to pick up on the fact that what he was watching was noteworthy. In almost three seasons under Marcelo Bielsa, this was only Leeds’ fifth 0-0 draw, against a side that had previously cut them to ribbons in a 6-2 defeat at Old Trafford.

What had changed between the two sides for the result to be altered so drastically? We’ll never know. The game was swept under the carpet. If Leeds aren’t willfully going out of their way to entertain us in any way we see fit, then we’re not interested.

Carragher was no doubt relieved to have been spared covering their next fixture, a trip to Brighton on Saturday afternoon, where Leeds were everything they weren’t against their fierce rivals from over the Pennines: loose, sloppy and defeated.

On more than one occasion, Leeds players stood in possession with nobody around them, only to somehow let the ball roll underneath their boot and out of play. When midfielders passed into spaces for their attackers to run onto, the intended recipients remained static wanting the ball to feet. When passes were played to feet, their targets were already on the move and in a different position. The endearingly erratic Gjanni Alioski was subbed off after 45 minutes that served as a reminder that Leeds should improve immeasurably with an actual left-back not called Laurens de Bock.

It was, to use a technical term, proper shit, a realisation of what Carragher seemed to be watching at Elland Road a week earlier. This might explain why, when Diego Llorente collected the ball on the halfway line with Brighton leading 1-0, he looked up and decided to try this:

The shot was entirely in keeping with Llorente’s whole vibe since establishing himself in Bielsa’s XI after the first half of his debut campaign at the club was decimated by injury.

An £18million summer signing from Real Sociedad, Llorente has proven himself to be a fine acquisition as he has become more familiar with his new side. Slick on the ball and strong in the tackle, it turns out signing someone good enough to play for Spain is generally a good idea (not you, Kiko).

But there is an ‘other’ Diego Llorente, the one whose first two comebacks from injuries this season resulted in a further 10 matches on the sidelines, the one whose early performances were made up of over-excited attempts to intercept the ball and underwhelming attempts to mark his man at set-pieces, the one who – and I mean this as a compliment – plays centre-back with the sensibilities of David Luiz but the sober appearance of a man with an office job to hold down.

Had he scored from the halfway line, it wouldn’t have actually been that surprising. Instead, he missed, Leeds failed to create many better scoring opportunities all afternoon, and Danny Welbeck turned into Johan Cruyff to seal a 2-0 victory for the hosts late on. I’ll take a cagey 0-0 draw every day of the week instead, thank you very much.

The challenge for Bielsa and Leeds going into next season is to continue their evolution by reducing the gap in performance between blunting the star power of a ‘super’ club and the turbulence of a trip down south. Being able to pick Kalvin Phillips in midfield goes a long way to solving that.

But even on the days here when their wires get crossed, if Diego Llorente’s shot is anything to go by, Leeds’ spirit of adventure will always remain. It might not always be enough for Carragher, but I’ll never get bored of watching that.