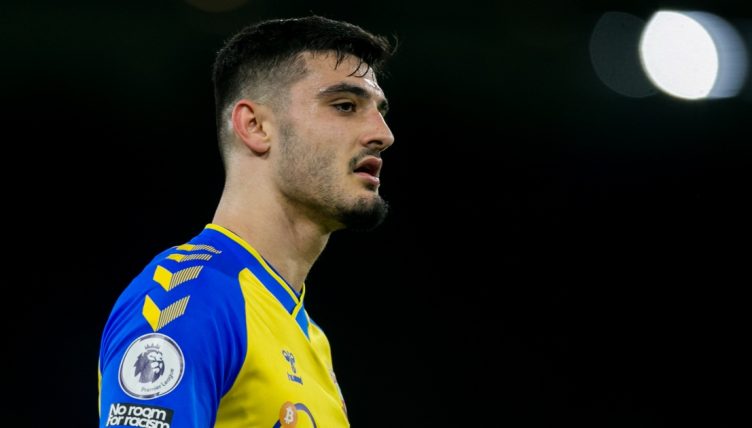 After winning the Club World Cup final on Saturday, Chelsea have completed a clean sweep of domestic and international honours in the 21st century.

Whatever your opinion about the club – from the source of their wealth to the hero-worship of John Terry – it’s a remarkable achievement that speaks of Chelsea’s consistency and relentlessness during the Roman Abrahomivch era that supersedes individual managers and players.

But, despite all their success, Chelsea appear to be somewhat cursed when buying strikers.

With the exception of Didier Drogba and Diego Costa, Chelsea supporters have seen a number of expensive and well-regarded forwards fail to impress at Stamford Bridge.

The latest occupant of the dubious honour of ‘first-choice striker’ at Chelsea is Romelu Lukaku, whose £97million move from Internazionale last summer was widely seen as the final piece of the title-winning jigsaw.

But Lukaku has struggled to make the expected impact, scoring five goals in an injury-affected season, while salting the earth with the Stamford Bridge faithful by expressing his desire to return to Inter in that infamous interview.

The Belgium international is still Chelsea’s top-scorer but they do have another attacker on their books who has hit the back of the net as often as Lukaku.

Armando Broja, a product of the Blues’ famed academy, is enjoying something of a breakout season at Southampton – leading to some Chelsea fans calling for him to be recalled to challenge Lukaku and Timo Werner for a starting spot in attack.

He impressed during Southampton’s recent match with Manchester City, showing his finishing skills with a fine strike before seeing his effort ruled out for offside.

But arguably his standout moment of the season so far came in the dying embers of the Saints’ 1-1 draw against Manchester United at Old Trafford.

Ralph Hasenhuttl’s side have been in impressive form over recent weeks and more than merited their point on Saturday – with Broja and Che Adams providing a constant threat to the United defence.

Harry Maguire endured his own personal torment at Broja’s hands. While criticism of the England defender has been over-the-top at times, Maguire’s mobility issues means he is a frequent target for opposing attackers.

And Broja took full advantage of his vulnerabilities when chasing a raking pass down the left touchline. Using his upper body strength to shield the ball and turn, the Albania international turned Maguire inside-out like a duvet cover and left the United captain gasping for air.

Unfortunately, Broja hesitated when you’d expect him to shoot, allowing Maguire to get back and barge the player over before shepherding the ball out for a goal kick.

But that shouldn’t detract from Broja’s willingness to take the game to any opponent and the raw potential that made one of the Premier League’s most high-profile defenders flustered.

Nor should the fact that their tete-a-tete spawned a million ‘no look defending’ memes on Twitter – Maguire’s England performances demonstrate his defensive competence and is simply the latest opponent that was unable to handle Broja.

Armando Broja looked once again a class striker & seems to be causing problems to all defences. Really would like him in the first team next season. pic.twitter.com/4GGXsRa7bX

Broja’s form has led Southampton to express their wish to make the striker’s loan deal permanent in the summer. But according to Football London, Arteta and Arsenal have taken notice of the 20-year-old and are interested in signing him as Pierre-Emerick Aubameyang’s replacement.

But surely Chelsea must keep him at Stamford Bridge and integrate him into their first XI?

After being disappointed by a number of high-profile attacking failures, of which Lukaku is simply the latest, surely Tuchel could do a lot worse than build their attack around the mobile and hard-working Broja.

And his ragdolling of the England captain shows the youngster isn’t in thrall to the reputation of his opponents.

It’s that kind of attitude that has sustained Chelsea’s success under Abramovich and the presence of Broja in their attack from next season could add fuel to the revolving trophy-belt at Stamford Bridge.