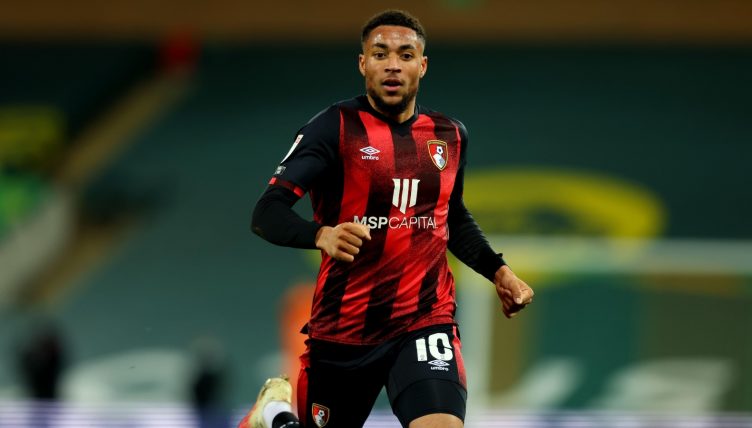 Tottenham have a plethora of forwards at their disposal, but are currently trapped in a doom cycle of pragmatism and underachievement. Luckily, they may have found the perfect antidote in Arnaut Danjuma.

Feeling left out as Arsenal and Chelsea had all the transfer fun, Spurs hijacked Everton’s move for Danjuma with such cunning and lack of repent that it’s put the Jolly Roger to shame.

Blessed with twinkle toes and a directness that’s frankly alien to your average Briton, the Villarreal and Netherlands forward arrives in north London tasked with making Spurs fans feel something again.

Not an easy task, considering the uncertainty over Harry Kane and Antonio Conte and the continued presence of Daniel Levy, although admittedly easier than rescuing the smouldering shipwreck that is Everton’s season.

Danjuma is certainly capable; he was part of Villarreal’s march to the Champions League semi-finals, has experience of English football and, most importantly, is a baller of the jaw-dropping variety.

Carrow Road in April 2021 was the venue for his signature ridiculousness. With a promotion six-pointer between Norwich and Bournemouth heading for a stodgy stalemate, Danjuma collected possession and robbed Emi Buendia of his dignity with a textbook nutmeg.

As Buendia stumbled around like a Friday night party-goer, the Bournemouth man cut inside and unleashed a shot that could have passed as a NASA missile. Tim Krul’s dive was pointless; that ball was pre-destined for the back of the net.

Give me Danjuma now. pic.twitter.com/jBW9hSG00Q

In an interview with The Guardian last year, Danjuma spoke of a work ethic and self-determination which is surely the minimum requirement when part of a Conte team.

“To be the best you need to aim for more, and there’s so much I still want to achieve,” he said.

When asked about the relationship he enjoys with his managers, Danjuma added: “Every manager has their own way of coaching the team and you should respect that as a player. But speaking to a manager can really help.

“What’s the strategy, how do you want me to play in certain situations, where do you think my qualities come out the best? I’m very eager to learn everything about the game.

“There are so many aspects in my game that I’ve improved. A lot of people who watch the game will say: ‘He’s got this ability, he’s got that ability, he scores goals.’ But they don’t see the work in training: the movement I do, the videos I watch.

“I work with the striker coach on a daily basis. He sends me clips of every training session. I look into my movement, the way I run, how I pop the ball off. I look into my shape and where I stand in the formation. After the game, we go through it and see there’s a lot of stuff I can do better.”

If you strain hard enough, you can just about hear Conte smacking his lips.

“I just want to look back on my career and feel I’ve achieved the most possible. There’s only one way of achieving that and that’s making sure I get the most out of every day. At the end of my career, I’ll see where I am.”

With the exception of Kane and Dejan Kulusevski, Tottenham are crying out for a forward of such invention; Richarlison has been consigned to a snarling role on the sidelines, Lucas Moura has been de-commissioned and a doppelganger has Son Heung-min locked in his basement.

So, as Spurs attempt to salvage some feeling from an increasingly miserable season, Danjuma has all the potential to be the proverbial firework up the derriere.

READ NEXT: 7 transfers Tottenham have missed out on under Antonio Conte

TRY A QUIZ: Can you name Tottenham’s XI from David Ginola’s debut in 1997?