No wonder Liverpool want Danjuma – he made Bayern look like Barnsley 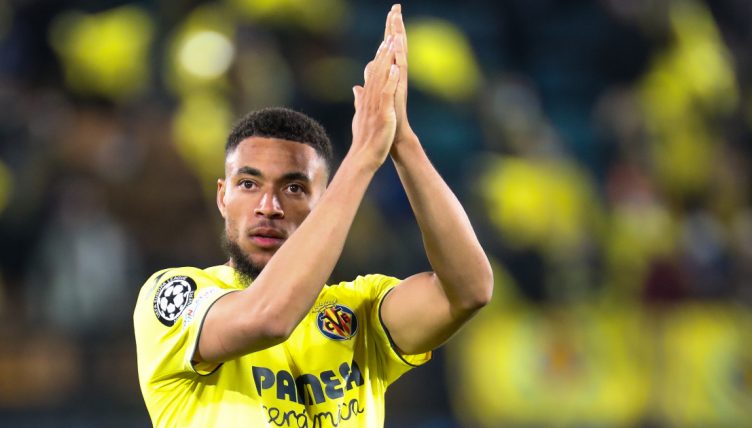 Bayern Munich usually strike fear into everyone they face from Barcelona to Bremen, but when they visited Villarreal in the Champions League quarter-final, they were dismantled and defensively out-thought as Unai Emery orchestrated a tactical masterclass.

Villarreal won 1-0 but it could have so easily been more, and one of the stars of the show was one of La Liga’s signings of the season: Arnaut Danjuma.

The 25-year-old joined Villarreal for around £22million from AFC Bournemouth in the English Championship, making him the Yellow Submarine’s record signing in the summer of 2021.

The Netherlands international was one of many outstanding performers for Villarreal in a famous victory over one of Europe’s top sides, scoring the winner early on, and terrorising the Bayern Munich defence throughout the entire game.

One moment which truly showed what Danjuma is all about came in the second half, following yet another well-worked counterattack.

A flowing move saw left-back Pervis Estupinan send Danjuma towards the box, and with Gerard Moreno making a darting run into the middle, Danjuma opened the Bayern defence up with a perfect touch and pass, leaving Lucas Hernandez fighting for his life in no-mans-land.

With just two touches, Danjuma received the ball, drove towards goal, and had the vision to send a ball directly to Moreno with the outside of his right boot, whose shot was blocked by an incredible piece of last-ditch defending from Alphonso Davies.

He’s capable of flashy skill, but he doesn’t do it for the sake of it: every pass is calculated and every dribble is purposeful. With the creativity of an artist and the explosiveness of a volcano, Danjuma is rapidly becoming one of the most well-rounded attackers in Europe.

“If we look at what I’ve done this season it’s quite fair and factual to say I’m among the best wingers in the world,” Danjuma told The Guardian ahead of the big Champions League clash.

Villarreal had targeted him all summer and landed their man after months of negotiations. Danjuma was always their priority, and despite playing in the second division, he was identified as someone who could add more goals to a side who were far too reliant on Moreno to score each game.

So far, the transfer has paid off immensely.

Danjuma is already Villarreal’s top Champions League scorer ever – a remarkable feat considering some of the big-name strikers they’ve had, and with 14 goals and four assists in all competitions this season, he has had no problem making the step up to the big stage.

His goal against Bayern – pouncing on a shot from Dani Parejo to send the ball past Neuer, proved to be the winner, and Villarreal will travel to Munich with an unexpected aggregate lead.

The dream start for Villarreal 💛

Villarreal fought off interest from Liverpool when they landed Danjuma, but the speculation never stops, and the winger has been linked with summer moves to Merseyside, Manchester and plenty of other top clubs.

To call him an explosive winger doesn’t give him enough credit; Danjuma is a highly intelligent and ever-learning player, with the vision of a playmaker and the goal threat of a striker.

“I work with the striker coach on a daily basis. He sends me clips of every training session. I look into my movement, the way I run, how I pop the ball off. I look into my shape, where I stand in the formation,” Danjuma explained.

“After the game we go through it and see there’s a lot of stuff I can do better.”

It is easy to see why Jurgen Klopp wanted Danjuma for Liverpool: he has the work rate, technical excellence, humble attitude and knack for a big-game goal to echo Sadio Mane and Mohamed Salah, and he’s only going to get better.

If he continues on the path he’s on, it may only be a matter of time before Danjuma makes an even bigger move, but for now, he’s loving life on the Spanish coast, and will be gunning for another scalp in Munich.