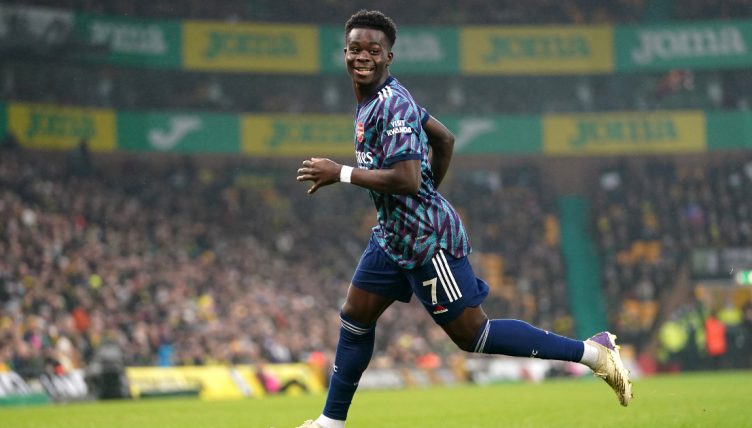 It takes a lot to become a Premier League defender.

Years of training, determination and bags of ability are all fundamental to becoming a member of a defence in the most-watched league in the world, and Fernando Marcal did exactly that to force his way into a starting spot at Wolves, on the left in a back five.

In a career spanning over 13 years, Marcal has played for eight different clubs, ranging from lower league football in South America to the Champions League with Lyon, but at the age of 32 he finally looks to have found some success.

It’s such a shame then, after all of that hard work and dedication, that his career was ended by a 20-year-old Bukayo Saka.

Saka is Arsenal’s present and future, and every game he does something new to get the fans off their feet.

The England International is humble off the pitch, but on it he’s developing the kind of arrogance seen in the great entertainers of years gone by.

One of his heroes, Thierry Henry, became a legend not just because of his goals, but also through the sheer terror he struck into defenders, and Saka is learning to emulate Henry’s flair and killer mentality.

Picking up the ball on the right, he was faced with three Wolves players in front of him. As is often the case now, opposition teams realise how good Saka is, and place more defenders on his side just to try and stop him.

Saka’s solution? Go through the player.

As Marcal closed Saka down, the ‘Starboy’ dragged the ball through the Brazilian’s legs, before twisting Daniel Podence inside out and playing a one-two with Martin Odegaard.

Odegaard’s return pass was spot on, and Saka had found himself in the box with three Wolves corpses in his wake. He then used his weaker foot to set up Alexandre Lacazette with a first time ball, but the striker’s finish left a lot to be desired.

It was the kind of passing move that Arsenal fans were used to seeing in the past with the likes of Santi Cazorla and Tomas Rosicky, and should have been a simply stunning assist for Saka.

Teams are finding it harder and harder to stop Bukayo Saka.

Saka’s rise from academy prospect to Arsenal’s talisman within just two years has been remarkable, and the speed at which he is developing is frightening for the rest of the league.

Initially breaking through at left-back, Saka took to his role as a right-winger like a duck to water, and has made himself one of the most dangerous players in the country in that position.

The goals and assists will total up eventually, but whilst he’s in this kind of form, and learning the swagger needed to strike fear into defenders, there is no stopping Saka.

His rise hasn’t gone unnoticed, with both Manchester City and Liverpool rumoured to be keeping an eye on him, but Mikel Arteta knows exactly how important Saka is, not just for Arsenal’s attack, but as the leading face of a new youthful era at the club.

“Our desire is to keep Bukayo as long as possible because we are really happy, he’s part of our club, he’s our DNA, he’s growing, he’s maturing,” Arteta stated.

“His importance in the team is unquestionable and we want to keep our best talent at the club, that’s for sure.”

We wonder if Marcal caught any sleep last night. After being victim to such a brutal assault by Saka, it may take the defender a while to recover.