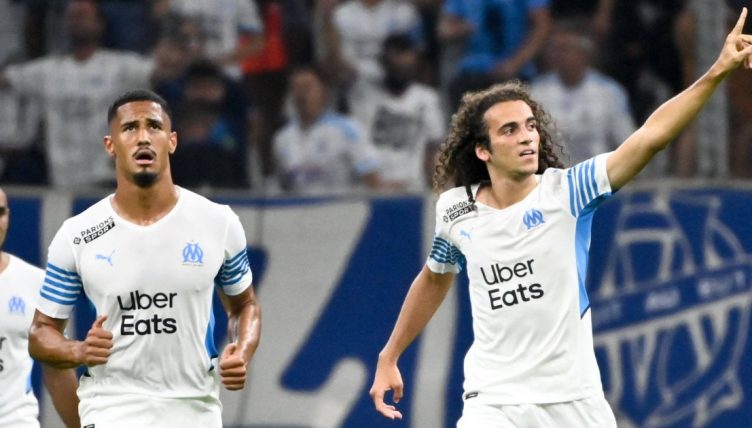 At 8:22pm on Saturday, the Arsenal squad, one imagines, would have been climbing off their luxury private plane at some Hertfordshire airfield after a ridiculously short flight from Manchester that felt like it had lasted an eternity.

Those two players were not mucking around on the runway. No Arsenal players on the plane were in the mood for that; their wounds were still red and raw from the brutal, embarrassing destruction at the hands of Manchester City.

They were not replaying the possibilities of what might have happened eight hours prior at the Etihad in their minds’ eye either.

Instead, the two club-mates in question were 1000km away on France’s Mediterranean coast wearing the white and blue of Olympique Marseille.

By now, you may well have guessed the pair are William Saliba and Matteo Guendouzi. And on Saturday night at the Stade Velodrome, they both put on brilliant displays, just to make Arsenal’s nightmare Saturday that little bit worse.

Guendouzi’s quality is undeniable. At his best he is a fine box-to-box midfielder with a great engine, good technique and a firm snap in the tackle. He also has a temperament that has seen him fall out of favour in north London and in Berlin, where he spent a tumultuous 2020-21 campaign with Hertha.

At Marseille, however, that fire in his belly and tenacious playing style see him fit like hand in glove – or at least they have so far.

He is a fine match for a club that can be a wild place to play football and especially for the management of Jorge Sampaoli, a Marcelo Bielsa disciple who has devised 3-2-4-1 formation for l’OM that is every bit as gung-ho as it sounds.

And it was Guendouzi who put the ball in the net at 8:22pm on Saturday, for Marseille’s first in a 3-1 win over St Etienne, as his old mates in England wallowed in their self-inflicted misery.

A touch and pass of pure, unadulterated quality from Dimitri Payet sent on-loan Leicester winger Cengiz Under flying down the left. Under’s cross found Konrad De La Fuente, who managed to pull it back for Guendouzi to fire home at the near post.

“The Marseille fans are incomparable. At Arsenal, there’s a big stadium, but it’s totally different,” Guendouzi had said during the week. “The best atmosphere is here.” As he hammered the ball home, the Marseille ultras behind the goal proved his point.

For the rest of the game, Guendouzi was just as energetic as those supporters too, covering every blade, getting stuck in and drawing fouls – as he has done in all three and three-quarters of Marseille’s games so far this season.

Still, as mentioned, Guendouzi can be a livewire off the pitch as well as on it, and if it goes wrong for him at Marseille, it will be spectacular.

That, to some extent, makes Arteta and Edu’s decision to loan him out comprehensible – which is more than can be said for his Arsenal club-mate and Marseille team-mate Saliba.

Arsenal, like Sampaoli’s Marseille, lined up with a back three on Saturday. But while Arsenal’s trio – an odd concoction consisting of one Rob Holding, a pinch of Calum Chambers and a light sprinkling of Sead Kolasinac – offered City about as much resistance as copper wire offers an electrical current, Marseille’s stood relatively firm.

Marseille conceded once, that much is true, a Timothee Kolodziejczak header from a delicious Adil Aouchiche corner. But for the most part, especially given the formation they are playing in, they were outstanding – and Saliba was the pick of the trio, just as good as he was when out on loan with Nice last season.

Saliba didn’t get dribbled past once, he completed six dribbles himself, he won eight of ten ground duels and did not make a single error leading to a shot. Not one, Arsenal fans. A defender who went a full 90 minutes without making an error that led to a shot. Just imagine! 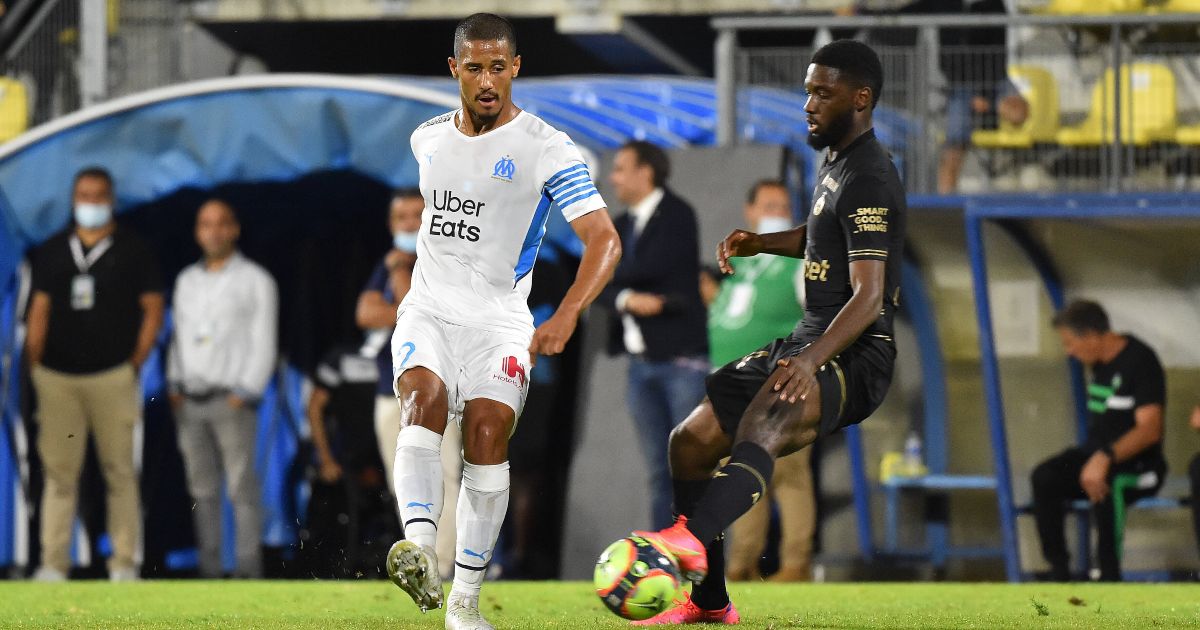 Ian Wright clearly was imagining as he took up punditry duties on Premier League Productions. And that particular thought experiment understandably filled him with an uncontrollable irritation.

“I’m supposed to believe that Kolasinac – someone that they’re trying to get rid of – is better than William Saliba?” he questioned. “Saliba, who is out on loan and apparently not at the [required] standard.

The scattergun queries were very valid, but they are ones only Arteta and Edu can answer. Unfortunately for Arsenal fans like Wright, both men obstinately refuse to.

As Arsenal lurch through their homemade crisis, Saliba and Guendouzi are having a whale of a time in the south for France, playing well in a team that excites and entertains.

They’re both progressing in their careers and, after the way Arteta has ostracised them, we shouldn’t think they’ll be too worried about their parent club and its manager’s predicament.

One suggestion for Arsenal fans, then: if you want to see Arsenal players excelling this season, turn on the next Marseille game.