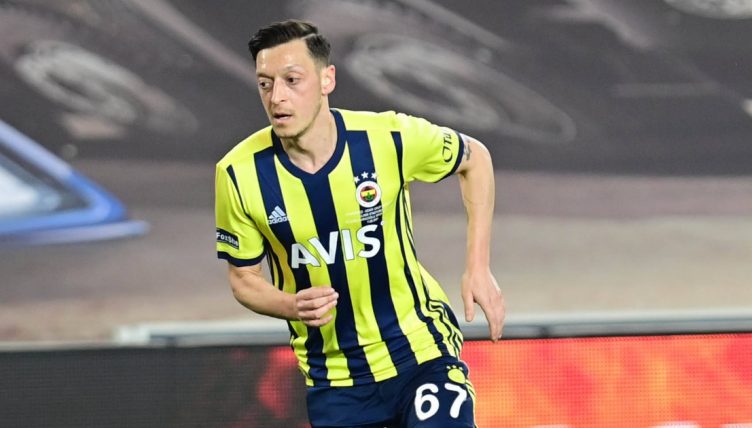 It is impossible to form objective opinions in the heat of the moment.

For example, there’s a reason why drunk teenagers on a night out in Oceana react to the slightest provocation in the manner of a suburban Phil Mitchell – in certain situations, our impulses take over and concepts such as reason and consideration are disregarded quicker than the European Super League.

This leads us nicely to the relationship between Mesut Ozil and Arsenal Football Club. Signed amid much fanfare in September 2013, Ozil delivered languid vibes and a steady number of assists as the team looked on the cusp of progress.

As he began to be frequently sidelined by both Unai Emery and Mikel Arteta, the pearl-clutchers of social media painted a picture of Ozil sitting on his backside playing Fortnite while pocketing £350,000 a week.

Rather deliciously, Ozil responded by speaking out against the sacking of 55 club staff before offering to pay Gunnersaurus’ wages.

A move to Fenerbache in January 2021 seemingly suited both parties but, as Arsenal continue to toil, Ozil rolled back the years and produced a glorious assist during his sides 2-1 defeat against Sivasspor.

The 32-year-old hasn’t particularly shone in Turkey – he’s only made nine appearances since arriving and this was his first tangible contribution for Fenerbache. But everything about it was vintage Mesut.

While an incisive pass fizzed towards him, Ozil assessed his options while a Sivasspor defender contravened all social distancing rules in his eagerness to intercept.

No matter. The World Cup winner trotted towards the ball and flicked it first time between two helpless defenders and into the path of Papiss Cisse.

The former Newcastle United striker must have been under the impression that wasting such a golden opportunity would result in a life-long ban such was the nature of his cool and composed finish.

This assist from Ozil 💫 pic.twitter.com/dxa3mTdWSx

It was a moment that feeds into perceptions on these shores of Fenerbache as little more than a Premier League retirement home – in fairness, Ozil supplying Cisse could only have been more 2013 if Michu had somehow been involved.

But, more importantly, it reinforced the sense of waste surrounding Ozil’s acrimonious departure from Arsenal. The current side look destined to miss out on European football for the first time since 1995-96 and one of the main reasons is their somewhat stodgy midfield.

He may have salted the earth at the Emirates, but it’s not hard to imagine Ozil offering a different dimension if circumstances were different.

One glorious assist against Sivasspor demonstrated what Arsenal have turned their back on.