Call 999, Odegaard stole Bergkamp’s soul & is keeping it in his left sock 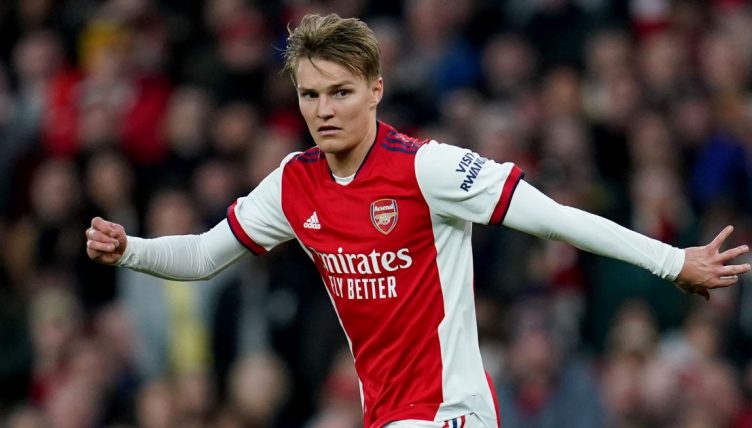 After Arsenal moved to the Emirates, their charming, idiosyncratic old Highbury Stadium was turned into trendy north London apartments.

The Clock End and North Bank were completely demolished and replaced by sterile, glass-fronted concrete blocks. But, as the East and West stands at Highbury were listed buildings, the developers were not allowed to destroy what was there entirely.

Though those two old stands were converted into dwellings, their facades and famous marble halls were left intact. Meanwhile, the rectangle of space where the Highbury grass once was became a garden.

So, go down to Highbury Square now, and you know you’re standing outside a residential building. But enough remains to ensure it still feels like Highbury Stadium.

Close your eyes and you can still hear the North Bank roar. Squint and you can see the spirit of Thierry Henry floating up the left flank, cutting inside and curling one into the top corner.

A chunk of Arsenal’s soul lives there, a chunk they have never quite been able to carry with them to their shiny 60,000-seat bowl.

But, it seems, Mikel Arteta has taken it upon himself to finally collect that chunk of soul and transport it bit by tiny bit the few hundred metres from N5 to N7.

And as the first trick of his black magic mission, Arteta went to Highbury Square, drank a pint of ayahuasca and performed a pneumatic extraction.

The results could be seen clearly at the Emirates on Sunday afternoon. Shaman Arteta had summoned the spirit of Dennis Bergkamp and tucked it gently into the heel of Martin Odegaard’s left sock.

The results? Well, the results were terrifying.

With Leicester the latest opposition to pitch up in the red half of north London for a beating, Odegaard decided to put on a show for the home fans. It is a show that the Arsenal faithful are getting used to and it is one with which Nampalys Mendy, Kiernan Dewsbury-Hall and Wilfried Ndidi could not cope.

Odegaard ran the game from start to finish. He tackled and intercepted and won most of his one-on-one duels. He played passes short and long. He touched the ball more times than any other attacking midfielder or forward on the pitch. 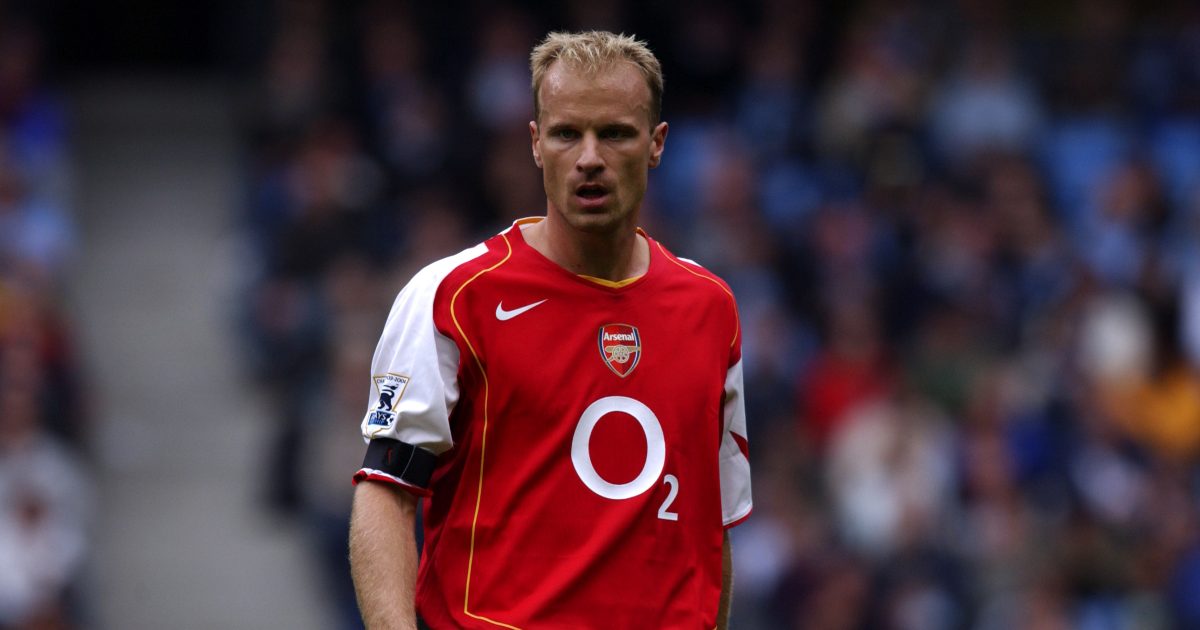 But it wasn’t the quantity of what Odegaard did that impressed, it was the quality; quality that was encapsulated by one second-half touch.

Arsenal were two to the good through Thomas Partey’s header and Alexandre Lacazette’s penalty and were attempting to hold the ball to take the sting from the game. But Leicester had not thrown in the towel. Far from it.

Brendan Rodgers’ men were still running and pressing and harrying. And when Odegaard dropped back into Arsenal’s right-back area to receive a pass from Ben White, his options looked very limited.

Dewsbury-Hall was closing in quickly on Odegaard, Harvey Barnes was blocking potential passes to White and Garbiel Magalhaes and it looked like Patson Daka had Partey covered.

But Odegaard knew exactly what he needed to do to relieve the pressure. He dragged his studs back over the ball, then with the heel of his left boot flicked it not to Partey but into the space that would release the brilliant Ghanaian up the pitch. Daka was left behind and a pass to Bukayo Saka was on.

It was ice-in-the-veins cool, the perfect demonstration of the Norwegian midfielder’s calm, composure and vital ability to see three steps ahead.

For the Arsenal of the late-Highbury years, Tony Adams used to do the shouting and corralling, but, as Patrick Vieira said, Bergkamp was the team’s “technical leader”.

If this young, undoubtedly talented, but as yet raw Arsenal team is to go on and scale anything near the heights of the great Wenger sides, then Odegaard, while a slightly different player, will have to fill that technical leadership role for Arteta.

Fortunately for Arteta, he’s starting to do just that. As the Arsenal boss succinctly put it in the post-Leicester press conference, Odegaard “makes the other players better”.

Indeed, when discussing the icy excellence of Odegaard’s performance, there were any number of moments that we could have picked out to illustrate the point.

His dinked pass for Gabriel Martinelli early on. His round-the-corner, first-touch slider for Saka later in the first period. The stunning sequence that almost led to a third goal late on.

There was a reason we chose the backheel, though. Two, in fact.

First, it distils an essential element of Odegaard. It is a backheel, which is something you’d usually place in the footballing folder marked ‘Tricks and Flicks’. Yet Odegaard did it not for aesthetic purposes, but because it was the most effective option available to him at that moment. Beauty, but beauty with a clear purpose.

That Odegaard flick in the build-up 🤩

On that occasion, Paul Scholes and Yaya Toure were in the Premier League Productions studio passing judgement on the game.

Reviewing Odegaard’s flick, Scholes said: “I think he’s a little bit lucky, I think he’s just wanting it to let it run across his body, it catches his heel and plays in Saka.” Toure concurred.

Looking only at the footage of the Watford game, you might be tempted to err on the side of caution and agree. Zoom out and look at Odegaard’s season as a whole, however, and Scholes’ argument starts to look frail.

There’s something spooky going on with Odegaard, something that can only be explained in the vernacular of the supernatural.