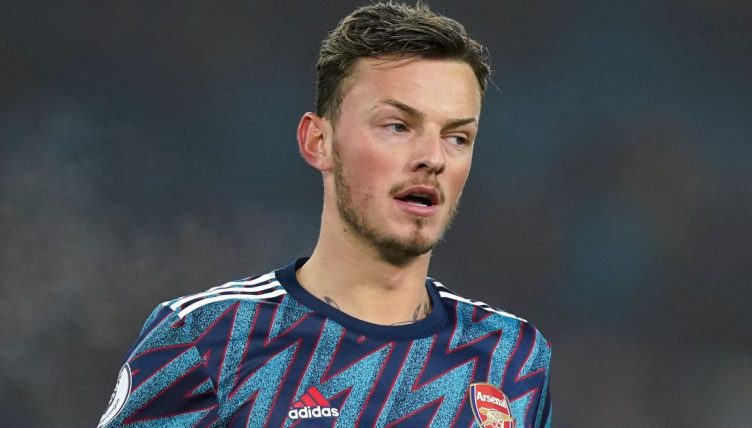 Ben White put in an imperious performance as 10-man Arsenal impressively held on to a 0-0 draw against Liverpool at Anfield in the Carabao Cup semi-final on Thursday night.

Granit Xhaka’s red card in the 24th minute meant that the visitors had to play with a man down for over an hour, an unenviable task at a ground where the Gunners have been hammered repeatedly in recent years.

Having already fielded a depleted side, it seemed inevitable that Arsenal would crumble defensively, ending the two-legged League Cup semi within the first half.

White made a shaky start to his Arsenal career following his much-criticised £50million move from Brighton, but the 24-year-old has grown into his role and started to stand out in recent months.

Pundits and fans were quick to question why Arsenal paid such a high fee for a player with just one full season of Premier League football under his belt.

His performance at Anfield showed the fee was entirely justified.

White ended the game with the most tackles, interceptions and blocks of anyone on the pitch, but his consistently solid defensive ability alone doesn’t explain why Arsenal were happy to break the bank for him.

When Arsenal lost 3-1 to Liverpool at Anfield in September 2020, they put in a respectable performance, but the quality gap was just too big, and Mikel Arteta even admitted it and singled out Virgil van Dijk in particular.

“When you get past the Liverpool press, you then hit Van Dijk.” Arteta stated after the match. “He then hits a 60-yard pass to Mo Salah, and they are out of the press. That is quality.”

The departure of David Luiz in the summer meant that Arsenal were in the market for a new centre-back, and naturally, Arteta targeted one whose technique on the ball resembled that of a midfielder. 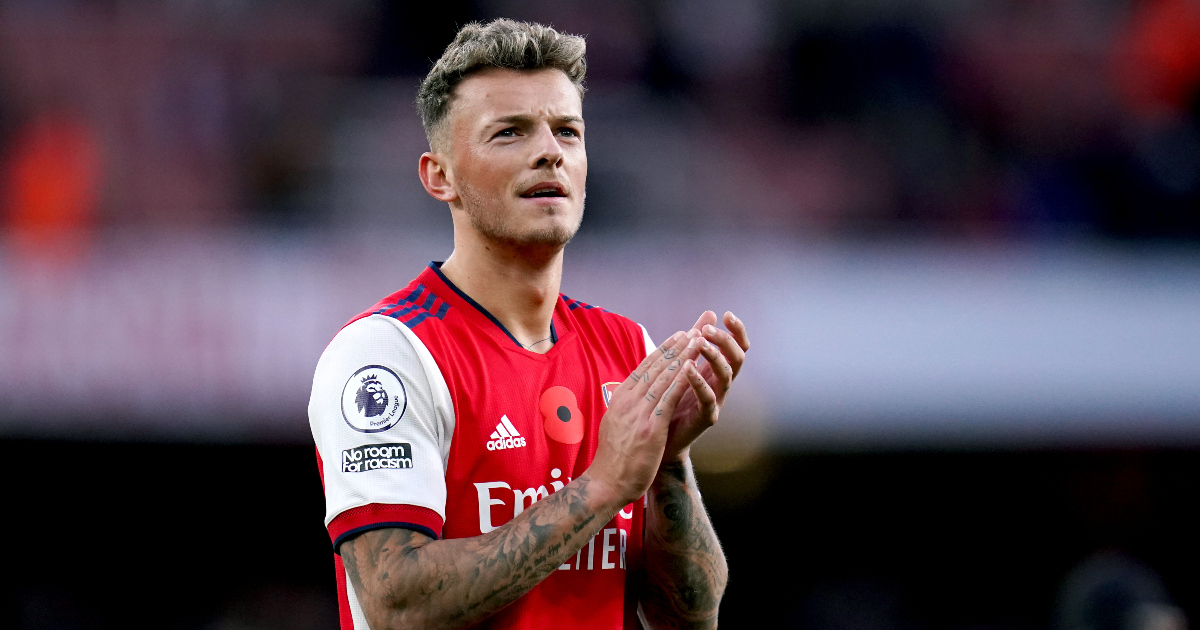 Clearly jealous of Van Dijk and his long diagonal balls, Arteta went to Brighton with £50million and brought Ben White back with him.

White’s passing range is remarkable for a central defender, and this was on full display in his performance against Liverpool.

With Arsenal sitting so deep, White playing long-range passes, either to the feet of Alexandre Lacazette or over the top to Bukayo Saka, was crucial to relieving the pressure from Liverpool, and the pinpoint accuracy of these passes is what makes him stand out from the rest.

There are many good players who can defend deep and grind out a clean sheet like White did against Liverpool without the big price tag, Gabriel Maghaeles being one of them, but the composure, calmness and ball-playing ability White brings is what places a premium on his head.

One pass to Lacazette in the second half was the perfect example of why White is so good.

With a Liverpool forward quickly closing him down on the edge of his box, and a sea of players in between him and the halfway line, White paused without panicking and pinged the ball directly to the feet of the striker a good 40 yards away.

It was the kind of pass Arteta previously praised Van Dijk for, which allowed Arsenal to beat the press, launch a counter-attack and give their defenders some breathing space, and one which many defenders would struggle to pull off.

With such talent in his locker, White is destined to be a mainstay in the Arsenal, and possibly England defence for years to come.

Ask any Arsenal, Brighton or Leeds United fan what they think of White, and they’ll all tell you the same thing: that he’s bloody brilliant.