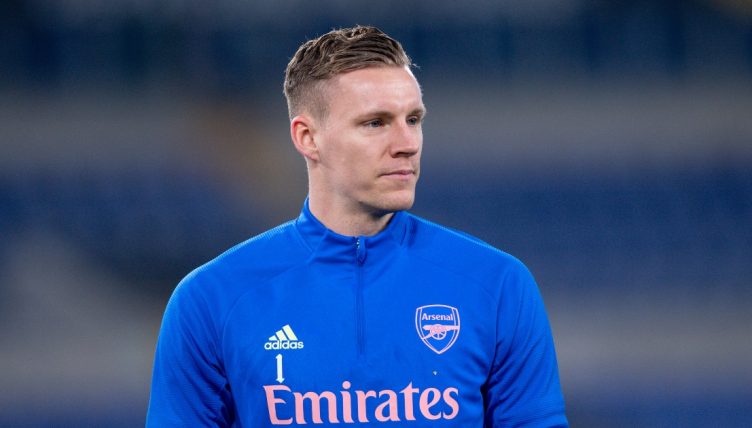 Throughout his time at Arsenal manager, Mikel Arteta has been keen to stress that the club’s journey is a process, and there will be bumps in the road along the way.

“Yes but we have to learn as well,” Arteta responded, when asked if he was frustrated by a 1-1 draw at home to Leicester last July. Jamie Vardy equalised late on, after a red card for Eddie Nketiah’s dangerous challenge proved costly.

“It is the fourth time since I’ve been here that we have had to play with 10 men and that’s just not possible to play like that against this kind of opposition.

“You are going to suffer. I didn’t like the goal that we conceded but it’s part of what it is.”

There was one moment, in particular, in Arsenal’s 3-2 Europa League comeback win over Benfica that demonstrated that his players are getting the message.

It came just after the hour mark, when Gunners goalkeeper Bernd Leno stood aside and allowed Rafa Silva to score their second goal of the game, putting them ahead on the night and in the tie.

The game might have taken place in Greece, but it was classed as an away goal, which tipped it from all square to heavily in the Portuguese outfit’s favour. Arsenal would have to come back and win on the night.

Leno was left in no-man’s land following the baffling decision from Dani Ceballos to head the ball back into wide-open space. Rafa obliged, having been gifted a one-on-one, and ran straight at the Arsenal keeper.

When the Benfica forward took a touch on the edge of the D to knock the ball past Leno, he had a split-second to weigh up his options and make a calculated decision. Either he could trip him, deny an otherwise certain goal, and get sent off, or just let him past to score.

And so he just stepped aside, like a polite doorman at a swanky hotel, or Toby Maguire-era Spiderman allowing a robber to run past and away with a sack of cash.

We don’t know what he said to Ceballos after the goal, but you can imagine it went something like: “I missed the part where that’s my problem”.

It proved to be the right call from Leno: Arteta’s side were better-placed to come back with 11 men than to hold on with 10, and so they did, progressing to the round of 16 by winning 3-2, sealed with an 87th-minute Pierre-Emerick Aubameyang winner.

Perhaps in that nanosecond, the Germany international had a flashback to Molineux earlier in the month, given what happened that night.

Arsenal had put in an excellent first-half performance against Wolves, taking a deserved lead through Nicolas Pepe, dominating and creating enough chances to have doubled or tripled their lead.

But everything swiftly turned when David Luiz was dismissed for a last-man challenge on Willian Jose on the stroke of half-time. Ruben Neves stepped up to equalise with the resulting penalty, and soon after a Joao Moutinho rocket fired Nuno Espirito Santo’s side into the lead.

The task to come back with 10 men was already difficult enough and made all but impossible when Leno denied a goalscoring opportunity by using his hands outside the box 20 minutes from time. Sure enough, Arsenal lost 2-1 in the end.

Things go from bad to worse for Arsenal…

A moment of madness from Bernd Leno sees the Gunners reduced to nine men 😬 pic.twitter.com/lz1rKRaFQ8

Leno would have been better served that night at Molineux by not rushing out like a lunatic and allowing Adama Traore to try his luck. He evidently knows that now.

He’s no spring chicken. 28 years old and with plenty of experience, having made well over 200 Bundesliga appearances for Bayer Leverkusen before he was signed by Arsenal. But it goes to show, you’re never too old to learn from your mistakes.

Perhaps Ceballos will take a leaf out of his book and think twice about playing the opposition through at goal next time.