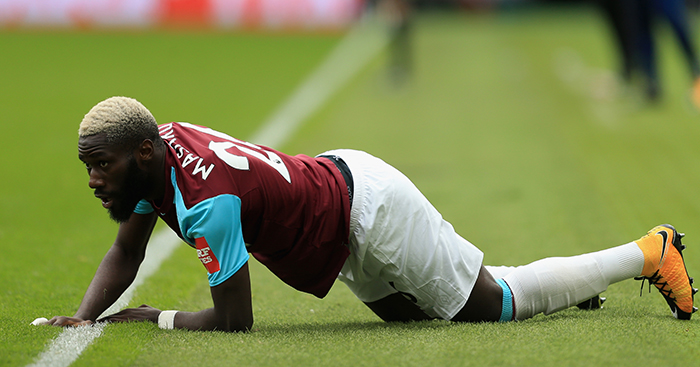 When you have no actual heroes to cheer, cult heroes invariably take on the mantle. At West Ham United, Arthur Masuaku is the latest in the long line to take on the role.

Alessandro Diamanti assumed the position in West Ham’s run to 17th in 2010, while Ravel Morrison provided the sparks in a similarly dismal 2013-14 campaign which involved 40 points, 40 goals, and the team being booed off after a win.

For the 2017-18 season the role has been filled by Arthur Masuaku.

The former Olympiacos man gave fans an idea of what to expect early on in 2016-17, looking impressive going forward in his first few appearances before a display against West Bromwich Albion helped us better understand why there might have been so little competition for his signature.

Generally speaking, when you give away a free-kick for handball, your priorities are relatively clear. In broad terms that might mean ‘stay focused and defend the set piece’, but more specifically you should probably be telling yourself not to handle the ball with your next touch.

Of course, later in the same game, a misplaced Masuaku pass left Salomón Rondón clean through on goal. That’s bad enough, sure, but this was in the first hour of the game. And Rondón was still in his own half.

Entertainment is often undervalued in football, and the left-back certainly provided that.

While there haven’t been too many high points for West Ham this season, Masuaku has been at the centre of a couple of them.

His goal against Bolton in the Carabao Cup was one of the best seen at the London Stadium, while his introduction at 3-1 down against Tottenham brought a fabulous assist for a Kouyaté header and almost helped inspire a comeback as unlikely as the one which followed against the same opposition at Wembley weeks later. 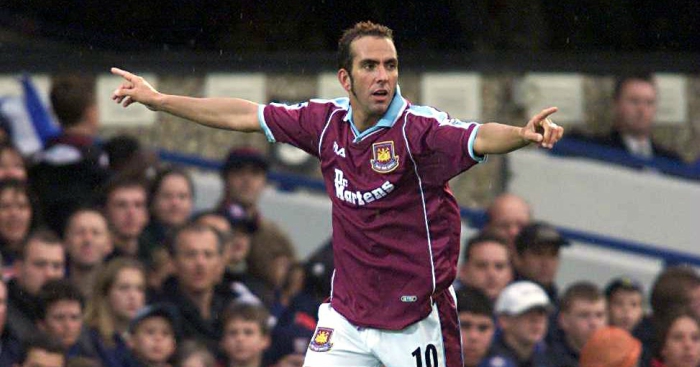 QUIZ: Can you name West Ham’s top 30 goalscorers of the Premier League era?

It’s not all been so great, but there was a moment late on in the 1-1 draw against Leicester City which truly acts as a microcosm of what to expect when you pick the 24-year-old.

On many occasions against Leicester’s right-sided duo of Danny Simpson and Marc Albrighton, Masuaku managed to wriggle free when a pass to a better-placed team-mate seemed to be on. You don’t pick Arthur Masuaku when you want predictability.

He’s just as likely to create a chance from nothing as he is to create nothing from a chance, and so it proved a couple of minutes before full-time.

In fact, both of these things happened in one movement, like a father pulling off a one-handed catch in the crowd of a cricket game but dropping his baby in the process.

Masuaku had no real right to emerge with the ball from a crowded left flank and find himself in space – and his next move seemed to indicate he was just as surprised as anyone by it all.

With André Ayew waiting in the middle for a cross, the only question was whether it would be a low, drilled cross-shot like the one watched well by Kasper Schmeichel earlier in the second half, or a higher delivery aimed at the head of Ayew. But again, I stress, you don’t pick Arthur Masuaku when you want predictability.

Either he was setting himself when he already looked set (resetting himself?) or ghosting past a defender who wasn’t there, but Masuaku’s next touch put him in the ideal crossing position…if the goal had been situated in the stands.

The most remarkable part was how confident he seemed that another touch was needed.

Maybe he was fooled by the distance from the goal to the stands, and figured the pitch must go on longer than that…but such an argument would hold more weight if he hadn’t been playing for the club for 15 months.

Some might use that bizarre piece of decision-making as justification for Masuaku being dropped, but what it really shows it he absolutely must keep his place.