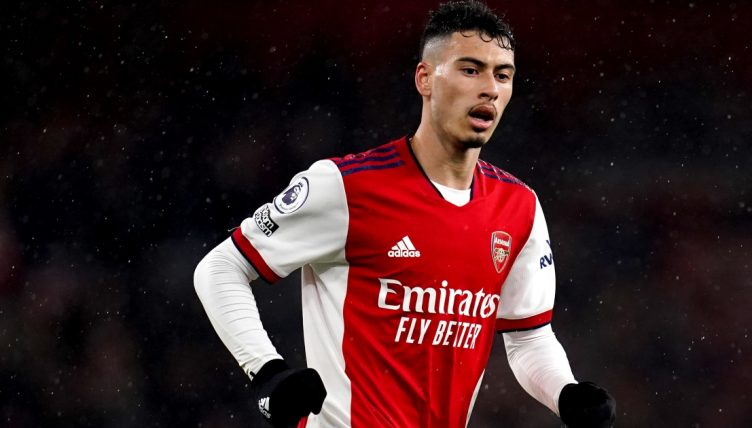 The Arsenal fanbase has gained a reputation as being one of the more excitable in the Premier League.

Lose a game and it’s impossible to navigate social media without encountering scores of irate supporters. Win a game and some Arsenal supporters resemble someone who starts excitedly planning their wedding after a promising first date.

This, of course, is largely a sweeping generalisation. The noisy minority may shout the loudest but there are plenty of Arsenal followers who treat victory or defeat as stoically as the rest of us.

But, occasionally, some of the hype generated in this corner of north London is justified.

Take Gabriel Martinelli for example. Since his arrival at Arsenal in the summer of 2019, he’s been touted as a future Ballon d’Or winner – and not just by people whose tongues have taken out a long-term lease in their cheek.

But, while Martinelli has demonstrated flashes of promise and scored a memorable effort against Chelsea in January 2020, he’s been plagued with injuries and has never managed more than three goals in a Premier League season.

And yet there’s no question that the 20-year-old is a massive part of Arsenal’s future – as anybody who witnessed his match-winning performance against West Ham would testify.

Martinelli was instrumental in Arsenal’s 2-0 victory, opening the scoring with a low left-footed finish that left Lukasz Fabianski grasping at thin air like a man trying to swat a fly with his bare hands.

And Tomas Soucek was next to be befuddled by the young striker. As the midfielder lunged in to win back possession, Martinelli sent him for his booster jab by slipping the ball through his open legs. Czech mate.

As Martinelli laid the ball off to his team-mate, before haring forward in another counter-attack, it was possible to see just why Arsenal fans rate him so highly.

It was no surprise that Martinelli received plenty of praise following his electric performance.

Speaking about his goal, Joe Cole told BT Sport viewers: “That’s an unbelievable finish, it reminds me of a certain No.14 who used to play here a few years ago.”

Quite. With Pierre-Emerick Aubameyang consigned to the naughty step for the foreseeable future, now is the perfect time to give Martinelli the run of games he needs to fulfil his potential.

And, judging by his saucy nutmeg on Wednesday, he’s already seizing that opportunity.