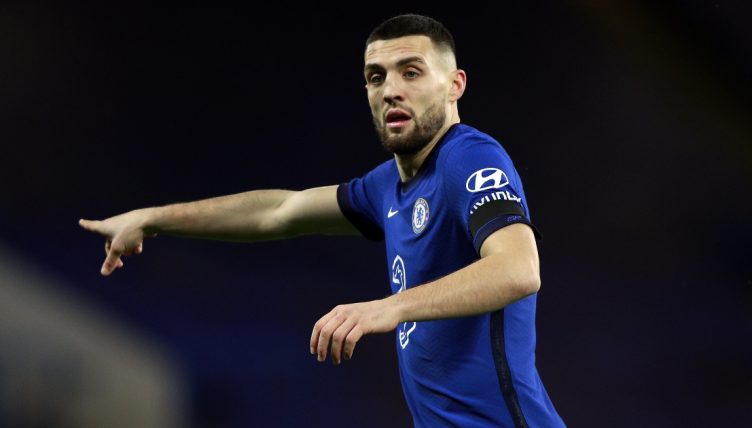 The problem with narratives in football is that sometimes they can draw focus away from what’s most deserving of attention. Chelsea‘s Mateo Kovacic is living proof of that.

When Frank Lampard was dismissed and swiftly replaced by Thomas Tuchel at Stamford Bridge, there were inevitably and understandably two major talking points.

One was whether the incoming continental coach would keep the faith in the promising crop of young English players that came through the academy and stepped up under Lampard.

The other was getting a return from over £100million invested in Timo Werner and Kai Havertz, who have struggled to hit the ground running in their debut Premier League campaigns.

A German coach with Bundesliga experience would have no excuse not to get them performing, as the (somewhat reductive) logic goes.

That’s not to say it’s not been interesting to watch those stories develop.

Callum Hudson-Odoi and Mason Mount in particular have demonstrated there is still a place for the local lads, while Werner was named man of the match in Monday evening’s 2-0 win over Newcastle, with a major hand in Olivier Giroud’s opener before ending his four-month Premier League goalscoring drought for the second.

Werner might have been picked out for praise by Sky Sports, but Kovacic was the real star of the show.

When Tuchel walked through the door, there were no column inches dedicated to asking how he would get the best out of Kovacic. The fact he’s been the most outstanding player of the new Chelsea manager’s reign is an inconvenient truth for those that like football to be a series of neat little vignettes.

In the opening stages against Newcastle, a wonderful looping through ball into the path of Tammy Abraham set the tone: Kovacic is a player you’re going to find increasingly difficult to ignore.

There has been so little noise about the Croatia international because he’s not a flashy player. He’ll rarely put in a dazzling display. In 82 Premier League appearances for the Blues, he’s scored one goal and registered six assists.

The 26-year-old midfielder is difficult to define. He’s certainly not a playmaker like those ahead of him. He doesn’t have the tenacity or industry of N’Golo Kante and he’s not a metronomic passing machine, like Jorginho at his best at Maurizio Sarri’s Napoli.

But watch his highlights reel against Newcastle and you’ll be struck by his technical ability, his decision-making, his calmness in possession and his eagerness to progress the ball up the pitch.

The stats are there in black and white: 107 touches, the most of any player on the pitch and more than twice as many as all but two Newcastle players, the most passes completed with 86 – 52 more than Newcastle’s most prolific passer, Isaac Hayden – with an accuracy rate of 96%.

Kovacic completed all eight of the dribbles he attempted. His team-mates collectively attempted one.

The numbers illustrate his omnipresence and dominance, but there’s no substitute for actually watching him when it comes to how wonderful it was to see him glide up the pitch with the ball.

Time and again he’d receive the ball somewhere in or around the centre circle, and within seconds it would already be halfway into Newcastle’s half, whether by him carrying it himself or with a clever pass.

It’s no wonder that his new boss is his biggest fan.

Few would have predicted that Kovacic would be the story of Tuchel’s first month at Chelsea. But he’s making himself the story, in the best possible way.