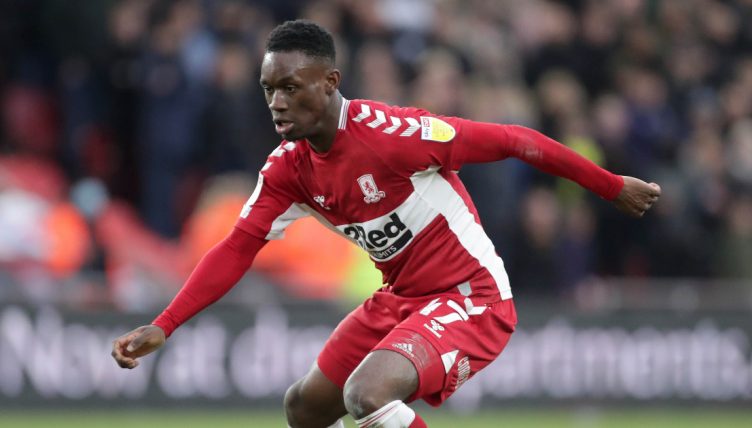 History has shown how tough it is to make it as an Arsenal striker.

Over the years the club has seen world-class talents such as Ian Wright, Thierry Henry, Robin van Persie and Pierre-Emerick Aubameyang succeed up front, but the level of skill needed to join this lot is remarkable.

Unlike a lot of other clubs, to succeed at Arsenal you need to be able to not only score a lot of goals, but to score them in style. Alongside sheer pace, outstanding technique and deadly finishing, an Arsenal striker needs to have flamboyance.

As an Arsenal striker you cannot be boring.

The four aforementioned strikers, who were the best across different eras at the club, were players who would strike fear into the opposition, as well as having the sauce and the panache to take the piss.

When Henry was being wrestled in the box against Charlton, he backheeled it in. When Aubameyang was being grappled, he fired in an overhead kick. This takes more than just skill, this takes courage and exuberance.

"It's a shocking goal to concede, it's schoolboy." 😡

Aubameyang gets his 2nd and surely Watford are going down! ⬇

Folarin Balogun is very highly rated at Arsenal, who managed to tie him down to a long term contract. The 20-year-old striker is seen as the next big prospect to follow Bukayo Saka and Emile Smith-Rowe into the Arsenal first team, and succeed where Eddie Nketiah has failed, in establishing himself as a starter in the future.

His current loan spell at Middlesbrough was deemed necessary, not only for his physical development, but to develop his confidence, and allow him to make a name for himself in front of goal, to announce himself to English football as someone to fear.

In Boro’s 4-1 win over Derby County, Balogun did exactly that through his assist for Duncan Watmore. Even though the game was already won, in the 89th minute Balogun harassed the Derby defence, not giving them an inch, and it paid off.

Stealing the ball off the Derby centre back, Balogun held the ball up in the box, and before the Derby player could win it back, he left them for dead with a pullback and flick to Watmore, who tapped into an open net.

It was the kind of spontaneous creativity that the greatest Arsenal strikers would be proud of, and Balogun showed that despite his lack of experience, he is capable of pulling off audacious skills at a senior level.

Balogun’s confidence will have been helped by the appreciative Boro fans, who gave him a rapturous reception at the end of the game, clearly recognising the effort the young striker had put in all game, and his manager was also quick to spot it.

“I thought the work rate of the players, especially the front two, was excellent,” Chris Wilder told reporters after the game.

“I thought they’d gas themselves out after about 60 or 70 minutes and Azza [Aaron Connolly] and Flo [Balogun] kept going because they got that game under their belt. I’m delighted with them two.

“At the top of the pitch, you have to start the press and you want them to run forward. Both were really bright and they were a constant threat all afternoon for the centre-halves.

“It was good, they got hold of the ball. Their work rate was fabulous and I wanted to bring them off at the end and I know what sort of reception they would have got.”

Balogun is yet to open his account for Middlesbrough, but it is surely only a matter of time until he finds the back of the net, and playing with the drive and showmanship he’s displayed already, it won’t be long before he translates his goals at youth level onto the biggest stage.

With Alexandre Lacazette and Eddie Nketiah set to leave Arsenal this summer, Balogun will be eyeing up a regular role at the club, although there is plenty of time in the next few years for him to develop into the next striker to become the king of North London.

With technique as outrageous as this flick in his locker, it’s easy to see why he’s so highly appreciated everywhere he’s been.