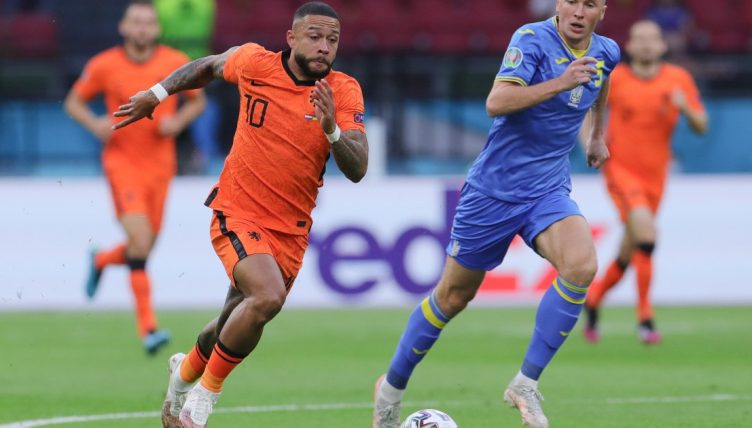 Gary Neville’s pre-match evaluation of the Netherlands’ chances at Euro 2020 was fairly brutal. He wasn’t confident in their chances of going all the way nor ready to place them alongside the top sides like France, Portugal, Germany and Italy, and he could easily explain why.

In a way he was right. The Netherlands don’t have an Arjen Robben, never mind a Johan Cruyff. They don’t have a Marco Van Basten or Patrick Kluivert either.

To play their traditional 4-3-3 formation, the one that we all expect the Dutch national team to line up in, they don’t have the pegs to fit the holes.

But the Netherlands do have a man who can be defined as neither winger nor out-and-out front man, but one who could light up this tournament all the same, just as he lit up Ligue 1 for the duration of the 2020-21 season.

In Frank De Boer’s 5-3-2, Memphis Depay is the player the team is built to serve. He might not be Van Basten, Kluivert or Cruyff – his work comes in different areas and his contribution to the team in different ways – but he’s doubtless the Oranje’s main threat.

And he was ready to prove to Neville that he can be a star turn at Euro 2020, even if it’s not in the role you’d expect of a Dutch attacker. 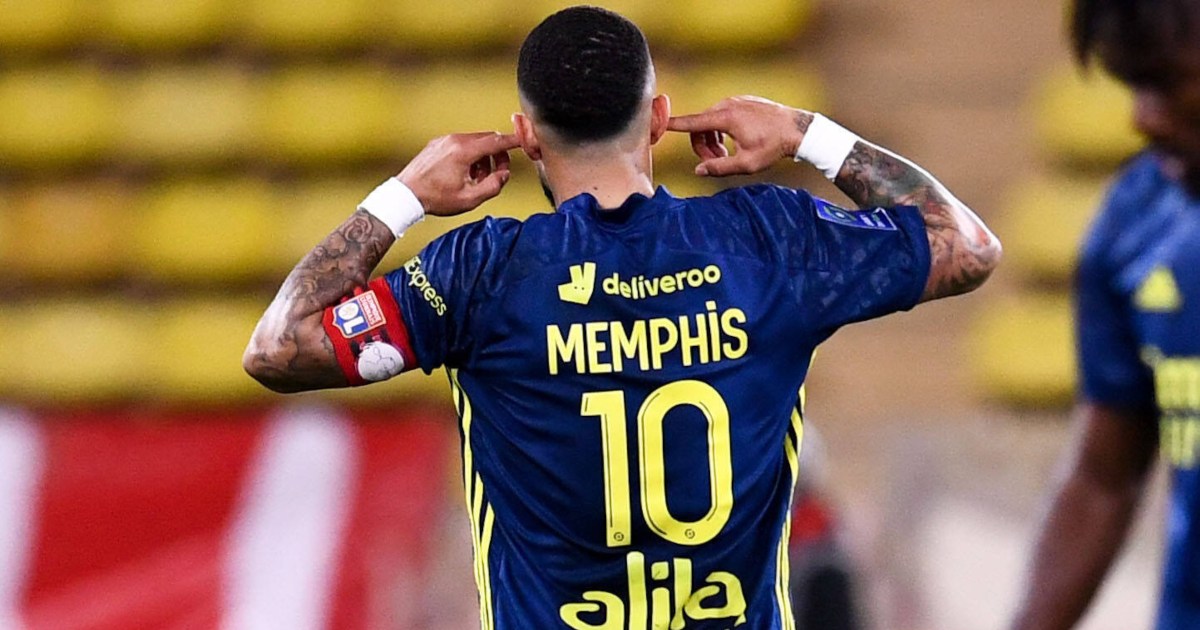 In the few minutes following kick-off at the Johan Cruyff ArenA on Sunday night in Amsterdam, Andriy Shevchenko’s Ukraine were the better side. They started by pressing the Dutch high up, trying to force an error.

For the Dutch, a team that has been under fire at home, an early goal against could have seen them crumble.

Then Oleksandr Zinchenko made one sloppy pass in midfield, Depay latched on the ball, and the game was turned on its head in the space of a few seconds.

Depay burst forwards, charged past Serhiy Sydorchuk and was into the Ukraine half. But ahead of him were the two centre-halves, Mykola Matviyenko and 18-year-old Illya Zabarnyi. Depay sensed the teenager was the weak link and pounced like the big cat he has tattooed on his back.

He made a beeline for Zabarnyi and, just as the young Dynamo Kyiv defender thought he was about to stop his man, Depay knocked it perfectly through his legs, an inch-perfect nutmeg at full speed.

Depay burst into the space beyond and, despite being chased by three men, he managed to get a left-footed shot on target. It did not come to anything but in those seconds, in that lightning-quick one-man counter, seeds of doubt had been sown in Ukrainian heads and the momentum had shifted in the home team’s favour.

For the rest of the first half, Depay continued to bend the game to his will. He dropped and picked up the ball in central areas; he held it up and brought team-mates into play; he probed with delightful dinked through balls and drifted wide to cut in and cross, like he did to set up a chance for Denzel Dumfries.

In the second half, he was on the ball less but involved in other ways, running behind the Ukraine defence and getting into the six-yard box, like he was when sliding in to force the parry from Heorhiy Bushchan that allowed Georginio Wijnaldum to score the opening goal.

Depay is not a conformist. He’s a star football who left one of the world’s biggest clubs when he realised it was best for his career. He’s a designer and aspiring actor and he’s even got bars. He doesn’t fit the mould of a typical Dutch attacker either, as Neville suggested.

This might not be a vintage Oranje XI. For their shape and their style, they might be generating complaints from an exacting public that demands more than just results.

But in their non-conformist, all-round attacker, Holland have hope that they can sucker punch even the heavyweight nations given the chance.