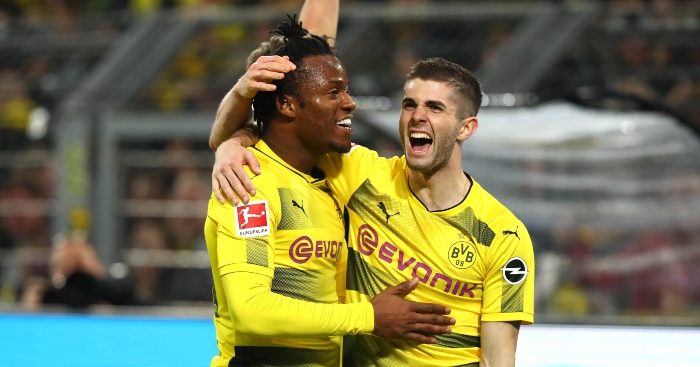 What is it that’s actually wrong with Michy Batshuayi?

The striker is now onto his third manager in four seasons at Chelsea but has yet to earn the trust of any.

Batshuayi scored the goal that made Chelsea Premier League champions under Antonio Conte but was shipped off on loan to Borussia Dortmund midway through the following season despite scoring 10 goals in the first half of the campaign.

He never featured under Maurizio Sarri, instead spending 2018-19 on loan at Valencia and Crystal Palace, and he failed to make the substitutes’ bench in either of Frank Lampard’s opening two Premier League fixtures.

Now 25, Batshuayi remains an incredibly difficult player to figure out.

Chelsea saw enough of him as a youngster to spend over £30million to land a forward considered one of the hottest prospects in Europe at the time. But his face has never seemingly fit at Stamford Bridge, despite averaging a goal every 93.3 minutes for the Blues, a remarkable record when you consider he has been forced to watch Alvaro Morata, Gonzalo Higuain, Olivier Giroud and now Tammy Abraham toil in front of goal ahead of him in the pecking order.

The arrival of Lampard has done little to change Batshuayi’s status. The former Chelsea icon has clearly been given a remit to promote some of the club’s younger players, resulting in Abraham leapfrogging Batshuayi even though he is yet to score a senior goal for the west Londoners. 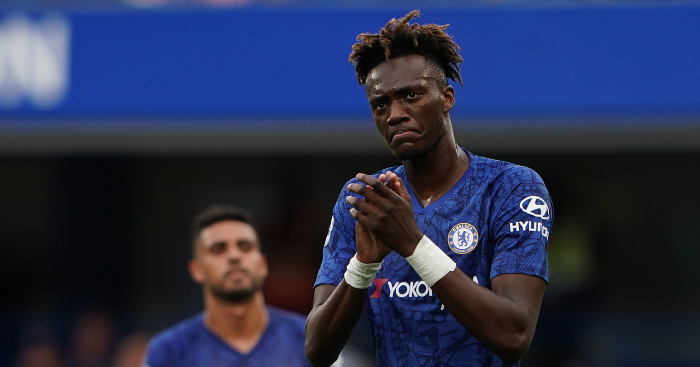 Eyebrows are already being raised at whether Lampard can afford to put such complete faith in youth, especially when Chelsea have lacked a regular goalscorer since Diego Costa was sold back to Atletico Madrid at the end of 2016-17.

“The future is Michy’s here as one of our strikers,” Lampard said ahead of Chelsea’s 1-1 draw with Leicester City. “It’s important for him as this year we have three strikers, but there will be opportunities for him.

“With Michy it’s important that he trains at a top, top-level every day and gets himself fit to play the way I want my strikers to play, which will be constant movement on and off the ball for us and obviously to try and score goals.”

That last sentence perhaps explains why Batshuayi has found it hard to establish himself at the elite level; the constant nagging doubts that his all-round game just isn’t good enough. But when he is so clearly a better goalscorer than his competition at Chelsea, does that not make up for his shortfalls in other parts of his game?

If Lampard is to continue searching for the right balance to his attack, he could do worse than looking back at Batshuayi’s spell on loan at Borussia Dortmund for a few answers.

The Belgium international spent just six months on loan in Germany over the second half of the 2017-18 season but became a firm favourite after scoring five goals in his first three appearances for Dortmund, adding a further four before the end of the campaign and carrying that form into post-season international duty, bagging twice for his country.

Most encouragingly for Chelsea was his link-up play with Christian Pulisic, who assisted three of the striker’s seven goals in Bundesliga as the duo developed a spark of imagination between them – with Batshuayi later joking he acted as “agent” in bringing the American to west London.

While the first goal Pulisic created for Batshuayi may not have been the prettiest, it is noticeable it stemmed from the duo pressing high up the pitch to win the ball back. It’s Batshuayi himself who makes the tackle on Cologne’s defender before Pulisic lays the ball straight back into his path, allowing his team-mate to do what he does best.

The second may be more what we have come to expect from both players, with Pulisic finding space inside the box against Hamburg and driving the ball across the face of the ball, at which point Batshuayi’s predatory instincts take over and the end of the result is never in doubt.

(As an aside: Olivier Giroud can’t do a backflip, can he?)

The third of that spell may have been the most eye-catching, with the pair playing a neat one-two on the edge of the box after Pulisic burst from midfield, and Batshuayi once again slotting the ball home calmly.

Manchester City are the only team in the Premier League to create more than Chelsea’s 26 chances from open play, yet City have scored seven goals to Chelsea’s one.

Lampard may not be able to look to the transfer market to solve his goalscoring problems, but with Batshuayi still on the books at Stamford Bridge, there may be no need to.