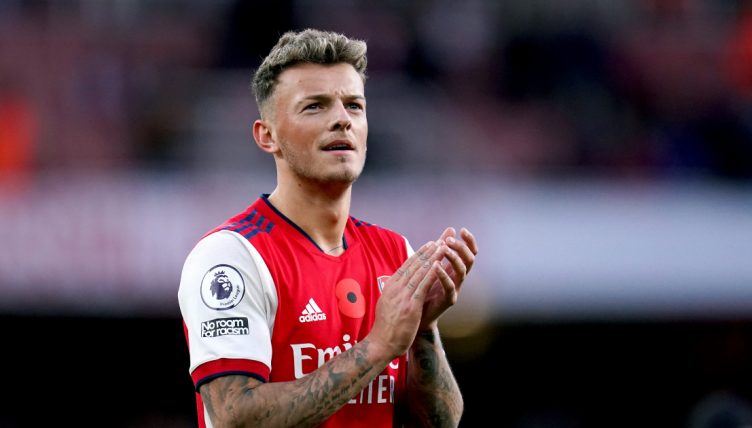 After Ben White’s first Arsenal game against Brentford, Arsenal fans must have been worrying about who they had paid £50million for.

As is typical of opinions on the internet, there was no mediated discourse about his less than ideal debut. Instead, that one game had determined his worth and ability: not good enough, overrated, waste of space.

His manager defended him of course.

“He hadn’t trained a lot,” Mikel Arteta said to Sky Sports after the match. “Ben is an exceptional defender… he’s got the league experience, he’s quick, he’s agile, he’s really aggressive in duels.

“With the ball, he’s got special qualities that I needed for the way we play, to make all the processes better and for us to be composed and dominant in games like we want to be.”

With 11 games now gone, everything Arteta said has been proven true and the reactionary internet has now, of course, declared him the greatest centre back in the world.

White’s performance against Watford typified his, and this Arsenal team’s, emergence from the truly torrid start to the season they endured.

For all his defensive work, his biggest moment came in the buildup to Emile Smith Rowe’s goal.

There’s a real beauty in centre backs running forward with the ball, shrugging off those around them. It feels like every step forward they take is somehow equivalent to two of anyone else’s.

Perhaps that’s because of the mental impact of seeing your main defender feel the need to step forward and sort stuff out, tired of whatever debacle they’ve seen unfurl in front of them all game.

In White’s case, with an Arsenal attack having broken down and Watford beginning to counter the former Brighton man stepped up high to intercept the ball before driving forward with it, dragging Arsenal both literally and metaphorically forward.

He shrugs off one, he skips past another and Arsenal’s attack is rejuvenated. It doesn’t matter that Moussa Sissoko stopped him in his tracks just outside Watford’s box, the ball was now once again in a promising position for Arsenal to build up and create a scoring opportunity.

Hey, look, Smith-Rowe’s got the ball, I wonder if he’s gonna pass it out wide to maybe…

Smith Rowe has scored for the third successive Premier League game to put Arsenal in front against Watford! 👏

If we ignore the Watford player on the floor and the fact that Arsenal probably (definitely) should have kicked the ball out of play, this was a goal made by White and Smith-Rowe’s youthful enthusiasm.

They both decided to just “have a go”, that universal touchline cry you’ve heard shouted at you from the moment you started playing football and which typifies this young, hungry Arsenal side.

But the figures also back White up as a young defender who, whilst still improving, is more than good enough to be playing at the top end of the Premier League.

He has been assured and confident at the back since the start of the season where he fast had to learn harsh lessons against Manchester City and Chelsea sides who are simply on another level.

It is a wonder why he was not called up by Gareth Southgate to the England squad, but perhaps he must prove himself as one of the nation’s brightest defenders over a longer period to be seen as a real contender for the side.

Yet all his traits suggest it is a case of when, not if for White and England: impressive on the ground both with the ball at his feet and when trying to take it away from others, comfortable in a back four or a back three and passionate to a fault, White seems to be ideal for this England setup.

Either way, there is a tentative hope among the Emirates faithful that White and co are not just in-form, but maybe, finally, Arsenal are a good team once again.