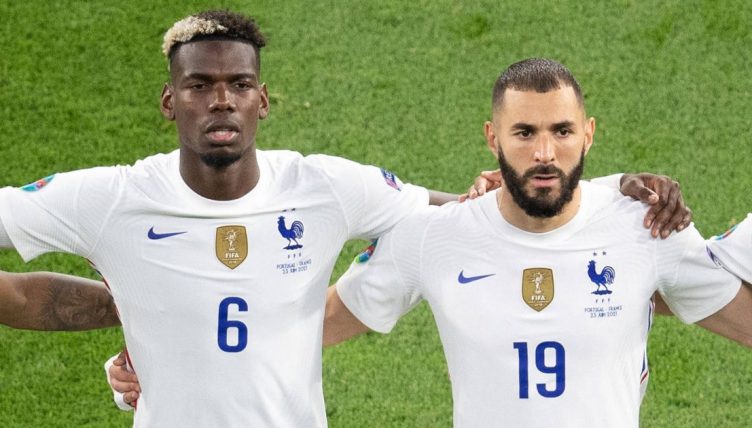 “Everyone was waiting for it,” said Karim Benzema after France had drawn 2-2 with Portugal in the final game of Group (e)F(fing) mad on Wednesday night. He was right, everyone was.

When asked to compare himself with France’s 2018 World Cup-winning striker Olivier Giroud a little over a year ago, the Real Madrid No.9 said: “You can’t confuse an F1 car with a go-kart.”

If you’re bold enough to blurt out lines like that, you need to back them up. But if Benzema is an F1 car, then his start to the Euro 2020 GP had been a ponderous one.

Stuck in second gear, he’d bounced off both walls before reaching the first bend: no goals and no assists in two games with Germany and Hungary.

Yet faced with Portugal and his old partner in crime Cristiano Ronaldo, things changed. Paul Pogba reminded Benzema where the accelerator was and France quickly regathered some momentum.

After Ronaldo had given Portugal the lead, Pogba’s pass through to Kylian Mbappe saw Nelson Semedo give away a very soft penalty. Given the easiest of chances to get off the mark, Benzema obliged emphatically, his first goal at a European Championships at the third attempt.

He was revving into life. And suddenly, having started so slowly, he looked like the superpowered, super slick automobile he claims to be.

Just two minutes into the second half, Pogba again picked up the ball from a position where he could bend space and time to his will. He looked up and there, ahead of him, was Benzema drifting into the perfect gap.

The Real Madrid man had glided away from his former team-mate Pepe and escaped the attentions of Ruben Dias. Pogba fed the ball immaculately and Benzema’s finish was unerring.

It counts for Karim Benzema!

This is what he was talking about, this is the difference. Giroud is and has always been a fine player. But for intelligent runs off the shoulder of defenders, for the ability to stretch the game and get on the end of Pogba’s beautiful through balls, he is no match for Benzema.

At times, Deschamps’ France can be prosaic and functional. If we are to add another motor vehicle to the metaphorical mish-mash, they are a trundling but reliable Renault tractor.

Five points from three games is certainly not spectacular. But France have won a group that was even tougher than many originally thought it would be, Hungary having proved themselves more than mere whipping boys.

Most importantly, Deschamps’ men did so with two of their four key attacking players shining brightly in the third group game against tough opposition.

Now, with Pogba in scintillating form – which he showed most clearly with a stunning first-half ball for Mbappe before Portugal’s opening goal – and with Benzema backing up his aforementioned motoring analogy, they are starting to look a lot slicker, quicker and sexier.

Benzema could well be the piece that transforms the trusty tractor into something a lot more potent.

“I never doubted myself,” he continued post-match, “but I knew there were expectations of me from the country. I managed to score and I’m going to savour it with everybody.”

He won’t be savouring for too long. The French supercar is going up through the gears and it will be looking to leave Switzerland in its dust on Monday night. The rest of Europe had better watch out.