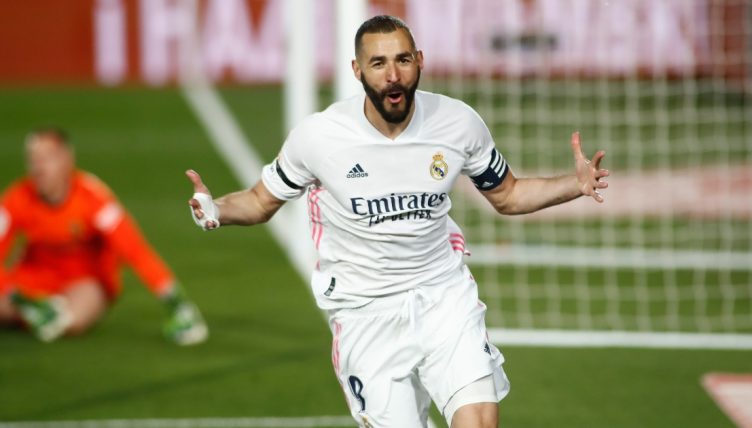 Real Madrid facing off against Barcelona will always be sold as the biggest game in world football, but in recent seasons there’s been a sense the occasion has struggled to live up to the billing.

It’s almost a decade since the two clubs played out four meetings in 18 days, with Pep Guardiola and Jose Mourinho at the peak of their powers and in the respective dugouts. Each side was also littered with players from Spain’s 2010 World Cup winners, while the two defining players of their generation, Cristiano Ronaldo and Lionel Messi, were both competing for the Balon d’Or.

From such an unprecedented period, with Clasico greats such as Carles Puyol, Xavi, Andres Iniesta, Iker Casillas, Raul and Xabi Alonso fading away, and Messi losing his great rival, it’s only natural that the fixture has lost some of its lustre.

The most partisan fans on each side of the divide would willingly admit that their clubs aren’t what they were in the not-too-distant past, but even with their shortcomings, they were still capable of producing a wonderfully entertaining contest.

Even behind closed doors at Madrid’s Valdebebas training ground, the two title-chasing clubs played out their most thrilling El Clasico in years, as a biblical downpour came thrashing down in the Spanish capital.

Karim Benzema’s spectacular backheel effort opened the scoring early on and set the tone for a special game.

Liverpool struggled to deal with the brutal pace of Madrid’s direct counterattacks in their recent Champions League quarter-final defeat, and the same could be said of Barcelona.

Federico Valverde, playing the ball out to Lucas Vazquez on the wing, went charging full steam into the final third, but time seemed to slow down when the ball was flicked into Benzema at the six-yard box.

Opening his legs and perfectly catching the ball with his heel, Benzema ensured that Marc Andre ter Stegen was helpless as it went flying in at the near post.

It was the kind of audacious finish you’d expect from European football’s most in-form No.9, scoring his 10th goal in his last nine appearances for Los Blancos.

READ: After nine years in the shadows, Benzema is shining in Real’s spotlight

Soon enough, Zinedine Zidane’s men doubled their lead, courtesy of a deflected Toni Kroos free-kick, and they looked dangerous enough to make it a rout, seeming to tear through Barcelona with every attack.

But Messi came close to getting his side back into the contest before the break, hitting the post directly from a corner.

Thibaut Courtois was beaten, and while the woodwork denied the Argentinian an iconic Clasico goal, it produced a photograph for the ages – every face and expression telling you how close he’d come to pulling off something special.

But as the rain became heavier in the second half, prompting Messi to change his sodden Blaugrana shirt, the visitors grew back into the contest, putting Madrid’s lead in severe doubt after academy graduate centre-half Oscar Mingueza halved the deficit on the hour mark.

As the game became more and more stretched as Ronald Koeman changed Barcelona’s shape to facilitate a kitchen sink approach, giving the Clasico a fitting climax in the dying minutes of injury time.

Casemiro – a master at toeing the line – uncharacteristically received his marching orders after receiving two bookings in two minutes late on, and Real’s 10 men were left clinging on to their lead in the dying seconds.

Ilaix Moriba – one of Koeman’s five second-half substitutes – hit the bar, before the ball bounced back out to Ter Stegen on the edge of the box.

The goalkeeper caught the ball sweetly on the half-volley, and it looked goal-bound, but it was blocked by his own team-mate Trincao before a final shot was sent flying over.

Ilaix Moriba hits the bar, and then ter Stegen's shot is blocked at the death! 😱

An equaliser with the last kick of the game (from a goalkeeper, no less) would have been a worthy ending to a breathless, chaotic contest.

But that would have meant Benzema’s moment of inspiration was only worth one point, rather than all three, and it was a goal worthy of winning any game of football, let alone a Clasico.

It also meant that Los Blancos leapfrogged Barcelona, moving within a point of Atletico Madrid at the top of the table after their city rivals could only draw 1-1 with Real Betis on Sunday evening.

With eight games left to play, just two points separate Spain’s top three. It might be true that none of La Liga’s powerhouses are at their vintage best, but it’s resulting in a sensational title tussle.