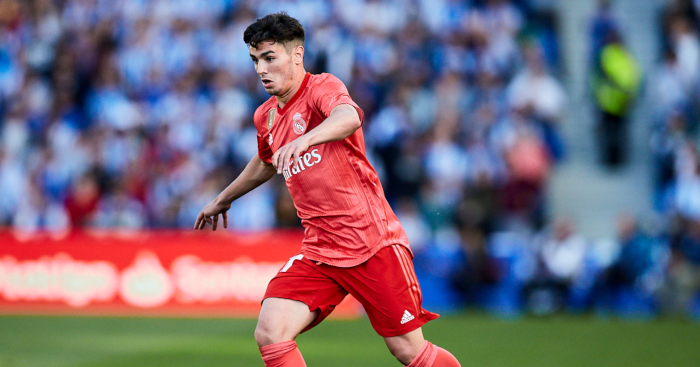 When Manchester City sold Brahim Diaz to Real Madrid, they took steps to make sure it wouldn’t come back to bite them. Could it still?

£15.5million up front. A further £6.5million in potential add-ons. 15 per cent of any future transfer fee. Oh, and don’t even think of selling him to Manchester United.

Those were the terms of one of football’s more intriguing transfers of 2019.

When Manchester City sold Brahim Diaz to Real Madrid in January — their hands tied by the Spaniard’s expiring contract — one section of the fine print stood out more than any other.

City will be due a 15 per cent sell-on fee if Madrid cash in on the player, but that figure will rise to a juicy 40 per cent if the buyer happens to be “another Manchester club”.

Considering how things are going in the lower leagues, that clause could eventually apply to the moneybags at Salford City F.C. At present, however, its target is obviously a much closer rival.

If City can no longer benefit from their youngster’s talents, then the stipulation means their not-so-noisy neighbours across town almost certainly won’t either.

It’s a perfect demonstration of just how slick the Eastlands machine has become. By negotiating a sizeable fee and favourable sell-on terms, City have shown that they can get almost their way even when backed into a corner.

But the stubborn negotiations were almost certainly motivated by the fiasco of Jadon Sancho’s move to Borussia Dortmund in 2017.

Earning City just £8million (and the vague threat of an ex-player ending up at Manchester United), the loss of the winger was a rare sloppy moment in an era marked by ruthless efficiency at all levels of the club.

The question now is: just how valuable an asset have City lost in Brahim Diaz? Might they rue his loss as they do Sancho’s?

Over the last few months, 19-year-old Diaz has enjoyed a handful of opportunities in the Madrid first team, with his raw talents preferred to the underwhelming Marco Asensio and the beaten, belittled and almost certainly outbound Gareth Bale.

And while Zinedine Zidane’s side have stumbled drunkenly into the holidays by losing three of their final four matches, the form of their dynamic 19-year-old has been something of a silver lining. 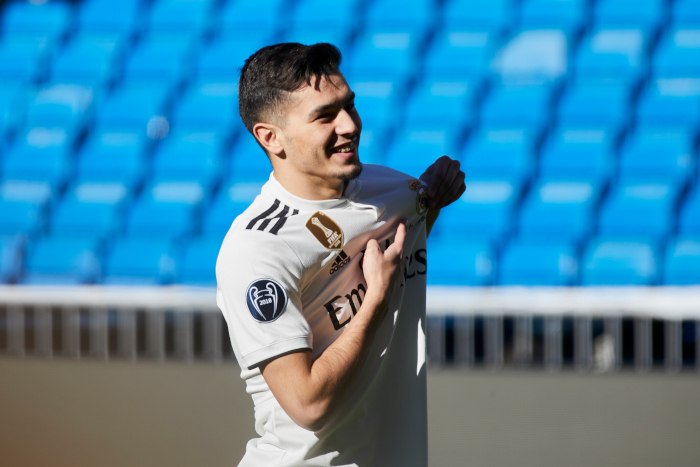 Madrid, for their part, were happy to have him.

“This player has a special talent,” said president Florentino Perez. “He has quality, magic and dreams of succeeding at this club. He chose it above others and that energy will help.”

Magic and dreams aside, Perez clearly signed Diaz with the future in mind, and that much was evident in the weeks following the transfer.

With so many talented attackers at his disposal, doomed manager Santiago Solari could only give his new signing three late cameos from the bench in January before eventually taking him out of the squad altogether.

Under Zidane, Madrid’s performances have hardly improved, but Diaz has been a surprise beneficiary of the Frenchman’s rotation and experimentation.

He might even have benefited from certain player-manager conflicts.

Like Jose Mourinho picking Diego López over Iker Casillas during the 2012-13 season, Zidane’s fondness for the rookie Diaz looks to have been a not-so-subtle message to the likes of Bale, Asensio and Isco: you haven’t been pulling your weight, maybe I don’t like you all that much, so now this guy on much lower wages will take your place.

Only, rather than confirm the radical nature of Zidane’s selection, Diaz has looked more than capable when chosen.

Against Huesca in late March, the midfielder provided his first meaningful contribution to Madrid’s season, cleverly cutting the ball back to Isco for a first-half equaliser.

Karim Benzema shows his strength and powers towards goal, in the end Isco tucks it away 🥅 pic.twitter.com/xkWuuB1DZA

No such breakthrough could be found against Getafe a month later, but Diaz was the bright spark in Madrid’s otherwise dull frontline, completing seven dribbles as Bale — off the pace on the other flank — completed just three.

But the Spaniard saved his best moment for the penultimate game of the season, opening the scoring after six minutes at Real Sociedad.

Outmuscling and outfoxing the Sociedad defenders, Diaz forced his way toward goal from near the left touchline before the cheekiest of chops — a trick the Bernabéu has sorely missed in the post-Ronaldo era — sent Diego Llorente sliding into nowhere.

So what are the implications of this unexpected run of appearances and form?

A few months ago, the rumour mill suggested Madrid would loan out Diaz for the 2019-20 season. Now, however, things don’t seem set in stone.

Because although the youngster will almost certainly fail to command a regular starting spot next year, his recent performances might have pushed him a good deal closer to the XI. Bale should leave, while fringe players like Lucas Vázquez, Isco and Mariano are all significantly older than Diaz.

Perhaps an early promotion for the former City player makes more sense for Madrid than loaning him out and persisting with struggling senior players. Perhaps Manchester City will be sweating earlier than expected.