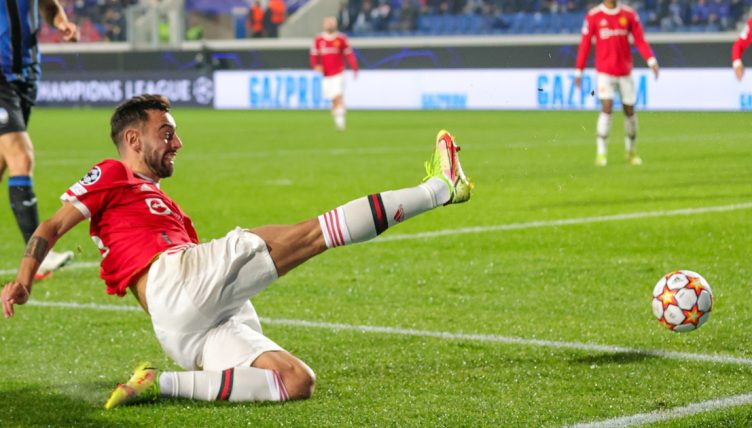 Running into space, carving open the Atalanta defence and then flooring those around him with a subtle backheel to set up the goal; pure creative brilliance from Bruno Fernandes.

Amidst all the talk and noise about the manager at Old Trafford and the focus on the alien-like, clutch-time performances of Cristiano Ronaldo, Fernandes has very quietly carried on producing when United have needed him to.

No longer the main man, no longer having to carry the entire attacking burden on his back and no longer permanently in the spotlight, Fernandes still remains at the heart of everything good United do.

His assist against Atalanta demonstrated him at his artistic, tenacious best.

There is a saying, adapted from the Stone Roses’ Sally Cinnamon, amongst the Old Trafford faithful that goes “Until Bruno, I was never happy” and it is the total, honest truth.

When considering Fernandes’ role at United, it’s important to remember that “Until Bruno” Ole Gunnar Solskjaer’s Manchester United were really, really in danger of not qualifying for the Champions League again.

They were crying out for something, anything, to elevate them to the next level and then in walked Fernandes. A transfer window later than both he and his new manager would have liked, he finally arrived at Old Trafford in January 2019, and it was some introductory period.

By the end of the season, Bruno won United’s Player of the Year award and helped the team clinch a top-four finish with eight goals and seven assists in just 14 Premier League games.

Most chances created in the Premier League this season:

That record continued into the following season and quietly, with the attention having shifted away from him, he’s continuing to put up similar numbers this season with 15 goal contributions in 17 games and the most chances created across Europe’s top five leagues.

Much was made when Ronaldo signed about how Fernandes would have to adapt his game and how the two would not work well together, as is perceived to have happened at the Euros in the summer when Portugal were uninspiring.

But Fernandes’ creative spirit has now directly provided for Ronaldo four times so far this season and his assist for the goal against Atalanta demonstrated everything there is to love about Manchester United’s Portuguese magnifico and why he is still so central to everything United does.

It’s much more than just the Guti style backheel, which earned a 7.1 on Max Rushden’s Guti Graph, but his role in the build-up to the chance is a vital reminder of what… well, what running in the right direction on a football pitch can do.

Fernandes’ assist a 7.1 on the Guti Graph pic.twitter.com/6Z8ZwBDBtx

As soon as Paul Pogba plays the ball into Scott McTominay’s feet, Bruno is off, running forward into a little pocket of space vacated by Atalanta’s midfield and defence.

Then, when he receives the ball it takes just a second for him to pick out Ronaldo on the edge of the box and he’s off again. Like a greyhound at a race track, he has one thing on his mind and that is to get into the box, to break through the stubborn Atalanta defensive lines.

Merih Demiral tugged on Fernandes’ shirt as he dashed past him, but it was too late. Fernandes was through into the sacred land of Atalanta’s box, a space which United barely permeated all game.

Mason Greenwood deserves praise for his role in the build-up, too. The 20-year old was alert to Fernandes’ run and did well to fire the ball into his path with an accurate, first time left-footed pass which split the Atalanta defence asunder. 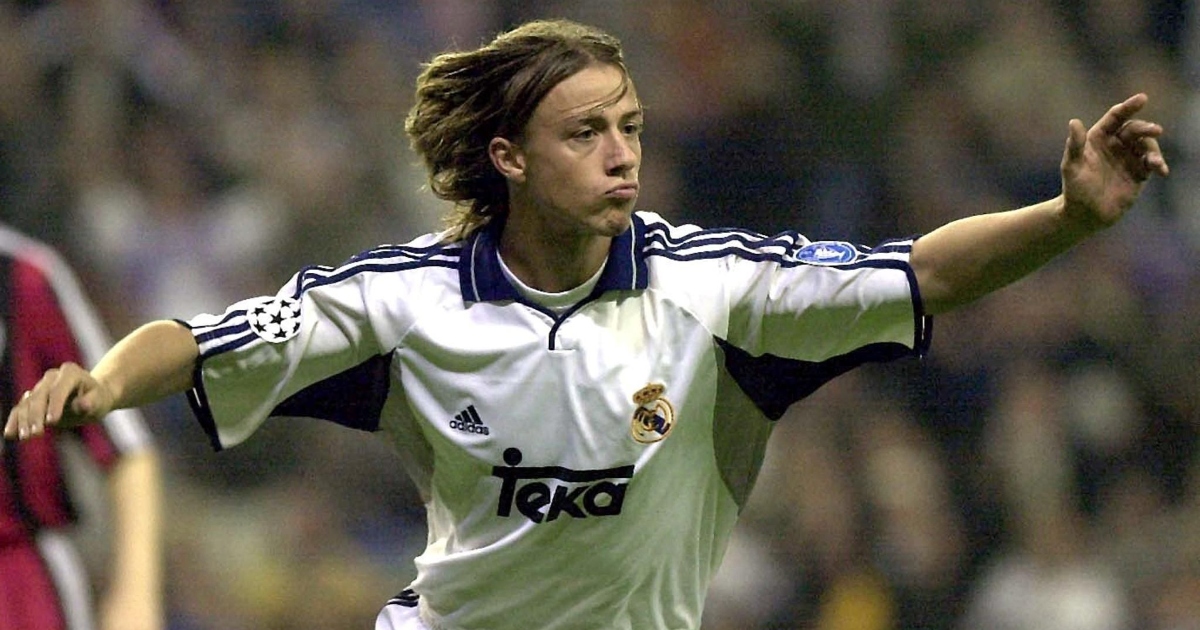 With Fernandes driving in one direction, Ronaldo now ran in the other to occupy the space Fernandes’ clever run had created and Manchester United’s very own Portuguese Red Arrows were in full flight.

And now came the backheel assist. Out of the corner of his eye, Bruno must have spotted Ronaldo’s run. Either that or he knew where his Portuguese partner would be through hours and hours of training. Or they’re telepathic. Or Fernandes has eyes on the back of his head.

It was a subtle but audacious moment of inspiration that seemed to play out in slow motion, the world pausing for a moment as the ball slowly rolled off the heel of United’s number 18, weighted perfectly for Ronaldo.

Ronaldo to the rescue once again! 🦸‍♂️

That is a sublime move by Man Utd!

The assist from Bruno Fernandes is top drawer 🔥🔥 pic.twitter.com/8IoOZaydNa

Demiral was completely wrong-footed by the move, ending up on the floor as if he had been sucker-punched by the sheer audacity of the move.

Juan Musso, the Atalanta keeper, sunk to one knee having expected Fernandes to shoot but instead decided to propose to the assist, and why wouldn’t he? If you could marry an assist it would be this one; beautiful, artistic and makes everyone who sees it go “oooh”.

To be fair to Musso, he did well to adjust his body and try to save the incoming Ronaldo shot but it was hopeless. One-touch to bring the ball under control whilst still in full stride and then BANG: United level, Bruno assist and Ronaldo goal. Anyone for a pastel de nata?