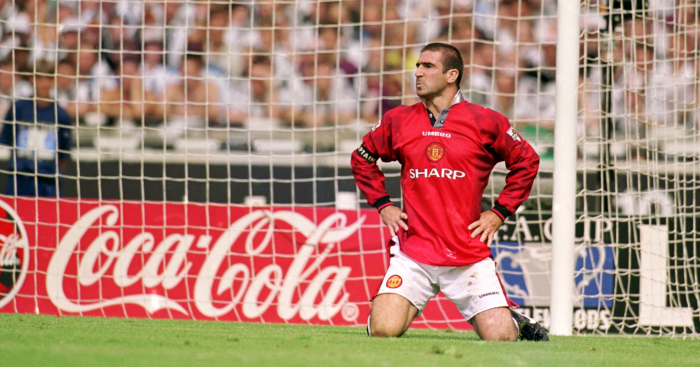 Eric Cantona posted a curious Instagram video this week. But which Manchester United stars will now be making Red-Devilled eggs in his honour?

Amid descriptions of widespread disillusionment and incompetence, Taylor lifted the lid on what should have been an explosive story: one anonymous player had been asking the club’s resident chef for hard-boiled eggs… to take home.

The player, according to a source, did not know how to boil an egg.

The club’s curious relationship with eggs took another turn just one month ago. Upon seeing a headline about Easter egg sales fuelling obesity, former United captain Gary Neville hit out at chocolate-guzzling consumers, telling them to take responsibility for their own actions.

Excuse culture? Not for Gary.

What happened to taking responsibility for our own actions / choices . We are creating an excuse culture where everything we do wrong is the fault of someone else . Whatever happened to “ It’s my fault , I made a bad choice or mistake and I’m the one who has to put it right “ https://t.co/XQjJ98GFTz

But that was nothing compared to what happened this week. United’s long-running egg saga came full circle on Wednesday as Eric Cantona, the club’s eccentric former striker, posted an Instagram video of an erect penis smashing a raw egg.

Not coincidentally, United went on to lose the Manchester derby.

Confusing though it was, the video raises an important question: of United’s 2018-19 squad, which players are spending their free time smashing raw eggs, and with which body parts are they doing so?

Would smash egg with: Head

Truth be told, it’s hard to imagine Phil Jones, first thing in the morning while preparing his breakfast, not getting down on all fours and chasing into the corner of his kitchen a precariously rolling free-range egg.

He would, without doubt, smash the egg with his head.

Would smash egg with: Marcus Rashford

Last season, Jesse Lingard tried omelette with ketchup for the first time. As this video shows, he wasn’t impressed.

But if the energetic midfielder were to smash an egg for artistic and not culinary reasons, he would probably use as his smashing instrument the younger, quieter and less assertive Marcus Rashford.

Scored a penalty against PSG did you? Don’t care, smash this egg.

Would smash egg with: Foot

Signed by Jose Mourinho after the dismissal of Van Gaal, Paul Pogba has a strong alibi in the ‘who asked for take-home eggs?’ mystery.

Nonetheless, The Sun reported in 2017 — without any relevant quotes — that Pogba’s personal chef was teaching the player how to “boil and scramble” eggs.

The Sun article backfires because, in its attempt to make Pogba seem unsophisticated, it includes a stock image of what are clearly poached eggs to accompany the story about boiling and scrambling.

Would smash egg with: Another egg?

Defender Marcos Rojo is, as this image shows, not great at making toast. Maybe it’s unfair to read too much into that, but one doubts his egg-making skills are much better.

Would smash egg with: [Would not smash egg]

Actually, Chris Smalling is a prominent vegan, so no way would he smash an egg just to furnish Eric Cantona’s lurid video collection.

“I realised how brutal it is to animals, how unnecessary it is to us and how damaging it is to the environment,” Smalling recently said of animal agriculture.

Would smash egg with: Face

Spanish stopper David de Gea would smash an egg any day of the week, just as long as you didn’t ask him to catch it at his near post!!!

In all seriousness though, the goalkeeper is basically broken and certainly has ‘egg on his face’ after blunders against Barcelona and Manchester City.

After such a great fall, can anyone put David de Gea together again?

Lovely Juan Mata wouldn’t break anything, for any reason, with any part of his body. In fact, you’d have to fancy the egg’s chances in a one-on-one here.

Would smash egg with: Six-year contract

Given its forcefulness and obvious potency, don’t be surprised to see the shell-crushing member from Cantona’s Instagram playing for United next season.