Can I just shock you? I like the play-offs, despite what I just said earlier 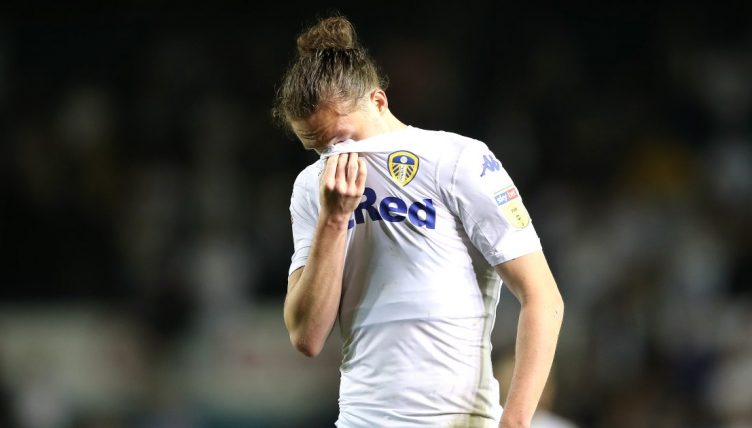 As a Leeds United fan, I should preface this by saying that I love the Premier League and never want to see my team play in the Championship again. That being said, I miss the chaos of the second tier dearly and firmly believe it’s pivotal in making you fall in love with the game.

There is just something wonderful about watching slightly shit football in the dark on a Wednesday evening, feeling miserable. Memories of the division tend to go somewhere along the lines of wishing I was absolutely anywhere other than watching a Championship game and simultaneously watching Championship games week in, week out. Call it character building.

But it’s not all bad news for those teams. There’s always the drama of the play-offs. Those bloody, wretched play-offs.

The Championship never fails to amaze me; the unpredictability, the pressure, the fanbases. With scores and final league positions somewhat more prescribed in the Premier League and with little at stake for mid-table clubs, it’s no wonder the Championship has a pull to it.

With the second legs of the play-offs looming, it wouldn’t surprise me if plenty of Premier League fans are sitting back to enjoy watching Barnsley, Swansea, Brentford and Bournemouth chasing a spot in the top flight.

As someone who has the privilege of viewing the Championship experience in hindsight, it’s probably a bit sadistic to say that it’s so entertaining to watch clubs desperately try and secure a place in the Premier League, like some kind of evil overlord watching people suffer, but I think they secretly quite enjoy it.

Granted, Leeds fans have other things to get excited about, like European places and, you know, that whole ‘watching world-class football’ thing, but there is something oddly thrilling about living vicariously through the lives of Championship supporters right now.

When I tell people I miss those days, you can usually see them internally combust slightly at the premise of somebody missing what felt like hell. But hear me out: once you’ve got comfortable in the Premier League, how do you ever feel like football might ruin your entire life and then put you on top of the world in the space of a week? Well, VAR, I suppose, but it doesn’t quite hit the spot like having your arse handed to you at Rotherham.

Admittedly, I’m close to tears just thinking about that horrible, desperate, yearning to watch my team play in the Premier League. I’ve spent the last two years pretending that *that* play-off disaster against Derby didn’t happen.

I’m not ashamed to admit that I, a full-grown adult, drove home in floods of tears that night. To the point it probably wasn’t safe for me to be behind the wheel of a car, in all honesty. I still can’t look at Frank Lampard without feeling that visceral gut-punch of that night all over again, and I wouldn’t wish crying into your own scarf on anybody, but looking back, perhaps that was the price of the Premier League.

A lot of the time, football is about suffering. The contrast of Stuart Dallas making me feel on top of the world for 40 minutes and Jack Marriott making me feel like I never want to go outside again was pretty much the epitome of suffering.

In that respect, I don’t envy those play-off teams too much. But equally, I’ve not felt anything as intensely as that day, so it’s worth it for the experience. Plus, two years on, we don’t have to play Derby anymore. Or look at Frank Lampard, as it happens. 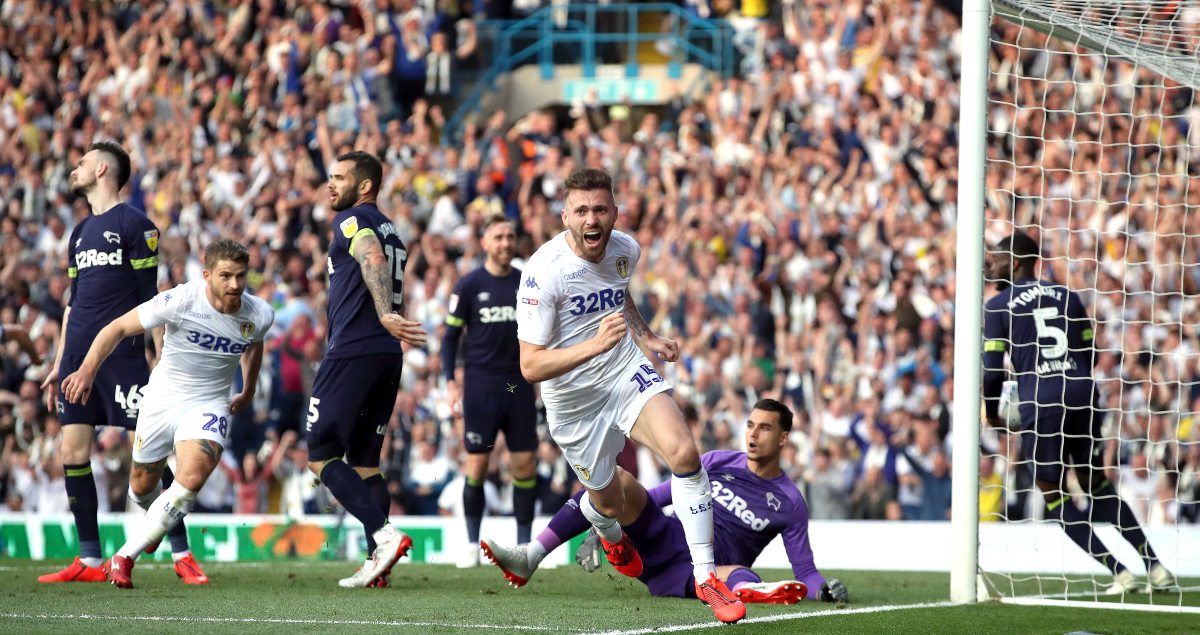 The definition of insane

You do start wondering what the fuck you’re doing spending your weekend hoping Barnsley of all clubs get promoted, and whether this makes you the definition of insane, but what would the game be without a bit of insanity?

Play-off games immediately put the fear of God into me and thinking about them reminds me of constantly feeling like I could taste my own heart. That being said, it’s been too long since I suffered so horribly in the name of football. It’s an awfully twisted version of joy. For normal people, joy probably doesn’t consist of feeling a bit like death in case 11 players they don’t know can move from one league to another, but that’s the beauty of the Championship. All in the name of football, and all that.

The crucial point is probably that there’s far less at stake in the Premier League. If you play fairly good football, you’ll be in a fairly good position at the end of the season, which I’m aware is a painfully simplistic description of how football works. But while fans of teams in the play-offs are placed in the hands of the footballing gods this weekend, I’ll be wondering where Leeds will finish between eighth and 10th.

The comedown of a relegation battle just a couple of years on from a play-off final (naming no names) is all part of the game, and I wouldn’t change it for the world. The Championship and those exclusive play-off places make for a melting pot of anxiety and terror. And somehow, despite all of this, there are loads of fans. Real ones, too, which serves as a bit of a shock to the system in the hype bubble of Premier League football.

Play-off semi-finals give power to the underdogs, a concept almost unheard of in the Premier League thanks to the financial hegemony of the Super League Six, and so it’s impossible not to love those do-or-die occasions, even if you feel severely ill for the duration of the games.

I’m not convinced you’ve really loved football until you’ve loved Championship football. Is that me deflecting deep feelings of resentment having spent so long outside of the Premier League? Probably, but either way, the Championship certainly serves a purpose. Even if it is just to make you feel shit about everything for a while. It gets better, sort of.