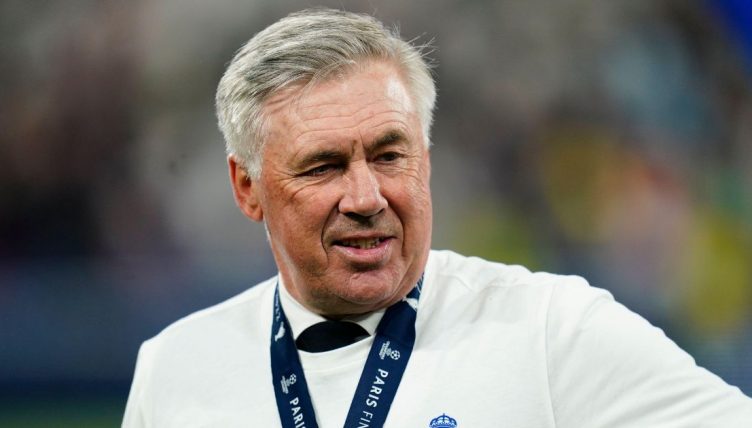 “I’m a record man,” said Carlo Ancelotti to BT Sport, still standing on the Stade de France pitch, that Carlo Ancelotti glint in his eye. Not a boast, just an observation.

He was about to lift the European Cup for the fourth time as a manager. The sixth in total. More than anyone else on both counts. A record man in the most impressive fashion, but still cooler than a polar bear’s toenails.

Wind back nine months from that statement – when he took over a squad in transition, supposedly Madrid’s weakest in a decade – and few would have predicted him being able to make it. Wind back two hours from it and most neutral observers – not to mention every bookmaker – would still have told you Liverpool were strong Champions League favourites.

But odds, probabilities and predictions are little more than a nuisance to Carlo Ancelotti and Real Madrid. They have proved that time and again this season, repeatedly emerging unscathed from impossible situations and making it look like the most natural thing in the world.

Just to get to the Stade de France, they had disposed of Paris Saint-Germain, Chelsea and Manchester City. That Madrid could be considered underdog victors in each of those ties is testament to football’s new world order. That they came through and then went on to beat Liverpool in the final is proof that the old European aristocracy will not be dethroned without a fight.

Real Madrid clearly do not have a divine right to dominate this competition. But eight finals in the modern era and eight won is proof that their belief in a divine right is a hugely powerful tool.

There was more than that here, though. More than the Madrid-European Cup love affair. Through this success, Ancelotti has reaffirmed himself. A year ago he was at Everton. On Saturday, there he was smiling through Des Kelly’s interview as Spanish and European champion, having not so much stamped his authority as gently reminded us of it with a wink and a curled smile.

And just as Real Madrid batted away the new order of clubs to take this latest European title, Ancelotti did away with a new order of coaches.

En route to this fourth European crown, he has overcome Mauricio Pochettino, Thomas Tuchel, Pep Guardiola and Jurgen Klopp. Each of that quartet has a thoroughly different style of play. But each of them is linked by the very fact that their teams have a style of play – and in each case a very identifiable one.

It is what has made them as coaches. The grand ideas they espouse, their dogmatic commitment to those ideas and long-winded, earnest explanations of just why they are so effective. When they win, it is not just a victory for the team but for an ideal. There is something fundamentally appealing about that. It provides comfort, an identity to cling to and be proud of.

And then there’s zio Carlo, who could not be more different. He is a liquid coach, a shapeshifter who’ll change to fit the receptacle in which he is placed. A pragmatist par excellence. You’re about as likely to hear him discussing his footballing philosophy as you are to see a Guardiola team line up in two banks of four on the edge of their own penalty area.

Indeed, Ancelotti gives the impression of a man who would find amusement in the very notion of using the word philosophy in a footballing context. Does Klopp’s gengenpress shed light on the fundamental nature of our existence? Does Tuchel’s double pivot reveal anything about the extent to which we possess free will? [Insert trademark eyebrow raise and wry smile here].

None of that, thanks. Just look at the human resources you have at your disposal and, rather than bending them to your will, mould your tactics to extract the best from them. Put the right players in the right places for the task at hand.

That is what Ancelotti has done since his time at Milan when Silvio Berlusconi and the embarrassment of riches in his squad convinced him to abandon the more defensive instincts that dominated his thinking while at Parma. And that is what he did against each of the four opponents in this year’s European knockout rounds.

Ahead of Madrid’s tried-and-tested central trio, Fede Valverde, a centre-mid by trade, was stationed out on the right. Vinicius Jr, an out-and-out attacker, was on the left. Not symmetry, but balance. A 4-3-3 on paper, but with four midfielders and two forwards. Enough goal threat and creativity, but enough lung power and defensive nous too.

The effectiveness of that choice was most clearly distilled through the winning goal in the final, with Madrid working the ball cleverly up Valverde’s side before the Uruguayan sent a bullet cross into the space behind the full-back, the space where Vinicius is so lethal.

Vinícius Júnior steals in at the back post to tap home from close range ⚽️#UCLfinal pic.twitter.com/owgAzrA75V

But even when that formation was not effective, Ancelotti had the cards up his sleeve, the players in reserve capable of shifting the balance or altering the characteristics of the team. Rodrygo’s intelligent attacking movement won the semi-final with City. Eduardo Camavinga’s energetic elegance changed the course of the quarter against Chelsea.

It is, of course, easy to point to all this after the result, but then again result is the fruit of all this, the fruit of the Italian coach’s tactical flexibility and trust in his players’ capacity for brilliance.

And that trust is the key element.

If players are told every week that the only way they can achieve success is by following their manager’s instructions to a tee, submitting themselves to the will of their all-seeing boss, then what are they left with when those instructions do not have the desired effect?

When Ancelotti’s son and assistant Davide was asked for the secret to this victory after the game, he did not seek to use it as a chance to extol the virtues of Ancelottismo. Instead, he said, it came as the result of “a sense of great faith in these lads.”

He continued: “We gave them information on the opponents and how to approach it, but these guys know what they’re doing.”

They clearly do. And the same can be said of Don Carlo, a leader who believes and empowers.

Philosophy? Err, no, not here, mate. Tell you what though, would you like to have a look at my European Cups instead?