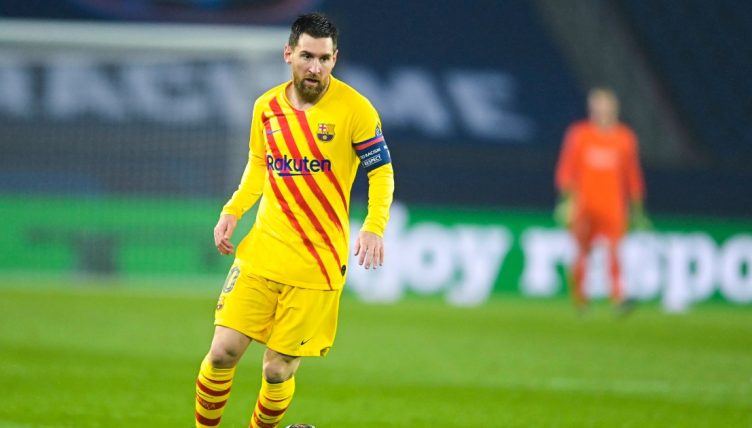 One quality that sets apart human beings from the rest of the animal kingdom is the inclination to look towards the future.

Take football for example. The last few weeks of Champions League football have been marked by pundits falling over themselves to declare a ‘changing of the guard’.

Erling Haaland has been scoring goals with the gluttonous nature of Augustus Gloop. Kylian Mbappe has demonstrated his potential to bestride the next decade of elite competition.

Meanwhile, this year’s Champions League quarter-finals will be the first without either Lionel Messi and Cristiano Ronaldo since 2005.

Yet with one absolute thunderbastard in the Parc des Princes, the obituaries for Messi’s career have been exposed as premature.

Much of the chatter around Messi’s alleged decline has been centred around his inclination to walk. In fairness, there are times where his running stats would make Neil Ruddock look like Usain Bolt.

Another explanation is that football is overflowing with jobbing triers who compensate for their technical limitations with the ability to run a half-marathon every game. Messi simply exists on another plane.

Last night, Barcelona travelled to Paris with no realistic expectation of overturning a 4-1 first-leg deficit against PSG.

Just about the only kernel of hope was the fact they were playing PSG. You don’t need to be a football historian to remember the iconic 6-1 victory in the Camp Nou four years ago.

While the Catalan giants have declined since that Neymar-inspired comeback, their opponents have remodelled themselves as legitimate Champions League contenders. Most rated Barca’s chances of a repeat as slim to none. And slim was absent on leave.

But with Messi in their ranks, Barcelona can never be fully written off. From the start of the match, players snapped into tackles and created trouble for the PSG defence.

Luckily for PSG, most of the chances fell to Ousmane Dembele, a lively presence but who would be world-class if goal nets were 20 feet higher.

PSG were relieved to take the lead after Mbappe converted a questionable penalty in the 30th minute, but they weren’t at peace for long.

Seven minutes later, Messi received a square ball from Pedri and assessed his options, the opposition defenders having decided against all logic to give him a country estate’s worth of space to operate in.

He utilised it with maximum efficiency. Travelling forward at something approaching half-speed, Messi took one touch to shift the ball into place.

You can guess the rest. Having honed his long-range shooting prowess over a number of years, the Argentina captain unleashed an angry piledriver from 25 yards out, channelling all his pent-up frustration of the last two years through his laces, through the ball, and through Keylor Navas.

Navas, a criminally underrated goalkeeper and man of the match on the night, made a token effort to block the shot but looked startled as the missile flew past him and nestled in the top corner.

Rarely can an effort on goal have been struck with such power from a standing start.

In truth, Barcelona’s performance deflated from the exact moment Navas saved Messi’s second-half penalty, which replays suggest should have been retaken. Had that gone in, PSG may have been forced to face some entrenched demons but instead saw the game out with a degree of comfort.

While their battling display demonstrated that Barca are a club in transition rather than crisis, there remains the possibility that Messi has played his final Champions League game for the club. No, you’re crying.

The little magician may have been the incomparable USP in the great Barca teams of the previous decade, but he more closely resembles an electric guitar in a symphony orchestra these days; brilliant, but sticking out like a sore thumb.

It’s not like we needed another reminder of his genius, but it’s a fact that Messi remains capable of things beyond the scope of the most capable mortal being.

Let’s not look too far into the future. Let’s enjoy the greatest player of his generation while he’s still around.