Chelsea fans, look away: Lukaku & De Bruyne are the scariest duo on Earth 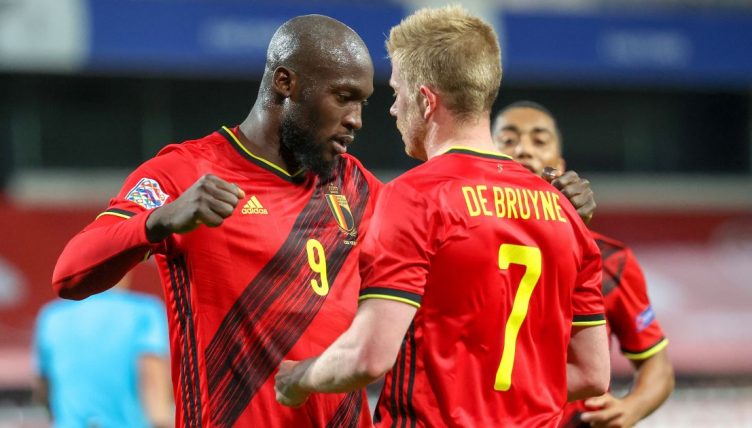 The synergy, the interplay, the telepathic understanding of where the other is at all times. There’s something wonderful about a perfectly functioning strike partnership.

They can come in many shapes and sizes, but a perfectly harmonious duo at the top end of the pitch can elevate a good team and make it thrilling. Especially, it seems, at international level.

Just think for a second. Maradona and Valdano. Bebeto and Romario. Bergkamp and Kluivert. Rivaldo and Ronaldo. Zidane and Henry. Muller and Klose. Owen and Heskey.

Alright, maybe we’ve got a bit carried away now. But the point stands. If you want to go far at a major tournament, it certainly helps to have an attacking double-act at the absolute peak of their powers.

If that is the case, then this could be Belgium’s time.

Hal-Robson Kanu magnificently thwarted them at the first of those attempts and at the second they lost to eventual champions France. But with Romelu Lukaku shooting as sharply as he ever has before and Kevin De Bruyne floating around behind him supplying the ammunition, whoever they face in the latter stages of Euro 2020 had better watch out.

On Saturday against the Czech Republic in Prague, the former Chelsea team-mates provided even more compelling evidence that there is no more complete forward pairing in world football.

With Belgium having gone behind to a surprise goal from Lukas Provod early in the second half and the Czech side looking fairly solid, they needed their main men to step up. They did so in some style.

On the hour, De Bruyne dropped off the front line, received the ball on the half-turn in the centre circle, saw Lukaku making the run in behind and there it was: not just a pass but the pass.

The ball of the international break, a laser-guided missile of an assist to not just break the Czech lines but to smash them into a million tiny fragments. “One of the best in the world,” Youri Tielemans had said of De Bruyne before the game. We’d like to know who’s even close.

Lukaku didn’t have to break stride. The Inter man took it onto his left foot, but with a defender ahead of him, he did still have work to do. No bother. Lukaku chopped the ball back with his left and then with his right, leaving Ondrej Celutska chasing shadows. A low, side-footed finish was enough to beat the ‘keeper and Belgium were level.

Lukaku held the ball up, back-to-goal and on the halfway line. He laid it off to Thomas Foket, whose through pass found De Bruyne. Unfortunately for Roberto Martinez’s men, De Bruyne’s shot bounced back off the upright.

The scores stayed level and though Belgium would perhaps have fancied the win, they at least remain unbeaten – and more importantly, looking absolutely lethal up front.

Against Wales last Wednesday it was the same story. De Bruyne put in an immaculate cross that Lukaku just failed to convert before getting Belgium’s first himself. Lukaku got Belgium’s third from the spot – the 15th consecutive penalty he has converted.

With those two goals in the last two games, Lukaku has moved onto 59 goals in 91 international games. And with De Bruyne continuing to provide that unfailing accuracy in behind him, there will be plenty more to come.

Between them Belgium’s No.9 and No.10 quite literally have it all. Lukaku the close-range finishing, quick dribbling, hold-up play and penalties. De Bruyne the long-range shooting, passing, set-piece taking and crossing.

However tightly a defence locks the door at the back, you feel that these two will find another way in, over or around. Every time they do, Chelsea fans will contemplate just a little more deeply what might have been.

Missed opportunities will be the least of Belgium’s worries though. They have the planet’s in-form attacking duet and three months from now, there is a European Championship to be won.