Chelsea fans worried Declan Rice can only pass sideways? Don’t be so silly 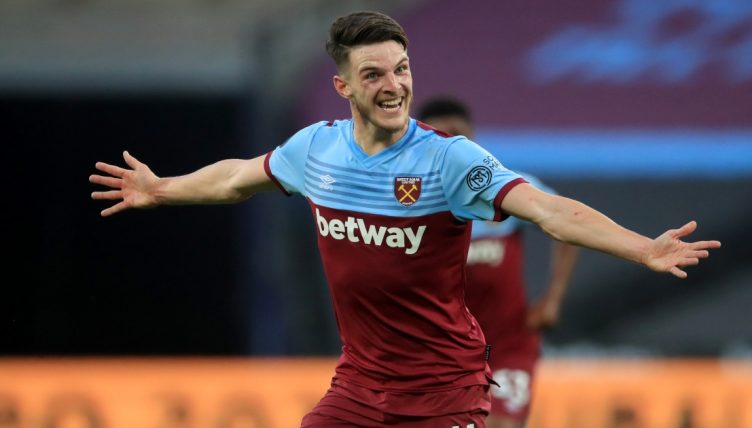 It’s hard to pinpoint the exact moment when people yearn to be a younger version of themselves.

Think about it. Your average teenager is in a rush to become older, enter their first nightclub legally and indulge in the temptations adulthood brings. Then, almost overnight, you’re in your mid-twenties and every birthday is soundtracked by half-serious reminders of your increasing mortality.

The best part of being young is the capacity to make mistakes in the name of self-growth. Defensive midfielders don’t have that luxury, especially those playing both Premier League and international football.

Enter Declan Rice. Since making his league debut in May 2017, Rice has steadily developed into the fulcrum of West Ham’s midfield and looks a shoo-in to start for England at this summer’s European Championships.

The 22-year-old is blessed with the ability to read the game superbly and has become one of the best ball-winners in Europe. Above all, Rice plays with a maturity beyond his years.

It’s no surprise that both Chelsea and Manchester United have been heavily linked with his signature.

Despite this, his presence in England’s midfield has been met with eyebrow rolls by some casual viewers who see Rice as further evidence of Gareth Southgate’s innate caution.

Although, when pushed, these people tend to think that England should play seven attacking players and reenact the Charge of the Light Brigade.

What they don’t realise is that Rice possesses the ability to split defences with a single raking pass, as Bournemouth found to their cost in January 2020.

The Hammers were in their semi-permanent state of turmoil at the time. Manuel Pelligrini had been sacked a few days before and the return of David Moyes as manager provoked a wave of indifference amongst the supporters.

But West Ham attacked this relegation six-pointer with the appetite of a hungry thoroughbred and found themselves 3-0 up at half-time.

Most people inside the ground seemed wholly unaccustomed to such comfort, including half of the West Ham players, but Rice appeared to relish the increased competence of those around him.

Faced with a Bournemouth side who’d deflated quicker than a £1 football, Rice transcended the midfield battle to dictate the pace of the entire game and spied an opportunity to showcase his passing ability.

Bringing the ball out of defence, the England international struck a wonderful crossfield pass above the entire Bournemouth side and into the path of Felipe Anderson.

Anderson may have belonged at West Ham like cheese does on a roast dinner, but he took the ball in his stride and cooly slotted it underneath Aaron Ramsdale to cap a fine victory.

Critics may say Bournemouth gave Rice more space than the Hampton Court estate in which to pick his pass.

But the precise nature of the delivery spoke of a player who had mapped out the entire move in his head beforehand and possessed the technical ability to execute it.

Rice will be the subject of intense transfer speculation this summer. Despite West Ham’s immense success this season, which has left their fans planning away trips to Marseille or Naples in next season’s Europa League, the midfielder appears destined for a career at the very pinnacle of club football.

Chelsea appear the most likely destination after Thomas Tuchel has reportedly renewed the club’s interest in their former academy product.

And, despite the enforced maturity placed upon young defensive midfielders, Rice is much better than casual observers of the England team would have you believe.

This sexy crossfield pass should provide conclusive evidence of that.