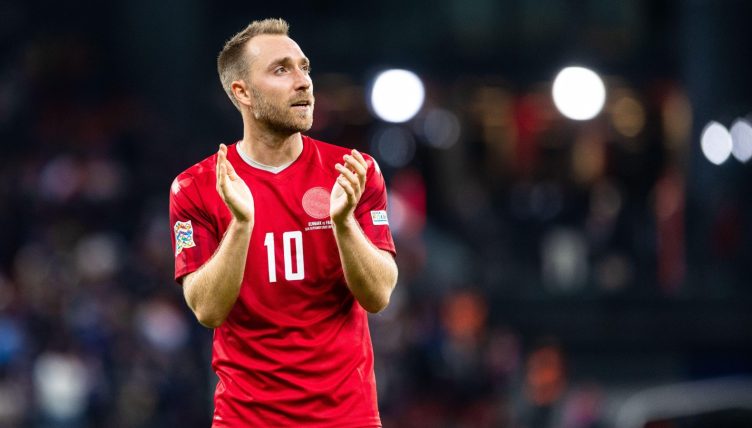 Anybody who tuned in for Denmark against Finland last summer will never forget what they witnessed; there’s no need to recount the story of Eriksen’s cardiac arrest other than to restate how traumatic it was to witness on live television.

Eriksen was not permitted to play in Serie A due to the presence of an implantable cardioverter-defibrillator he had implanted in the aftermath, leading to his release by Internazionale.

His half-season at Brentford was the most uplifting storyline of the season. Not only did Eriksen help the Premier League underdogs finish mid-table but every single performance was filled with a compelling joie de vivre.

Forget goals, assists and Premier League points, Eriksen was alive. There’s nothing like a near-death experience to make you realise that it’s always later than you think.

A summer move to Old Trafford, rather than endangering his popularity, has reminded everybody that Eriksen is still a world-class footballer and not just a recovering invalid.

The 30-year-old has been featured in Erik Ten Hag’s system as a deep-lying playmaker, suited to taking the ball off the defence and immediately looking for space and opportunities in front of him.

It feels that United have longed for a midfielder to do something as simple as that for years, which makes it even sweeter for the fans to see it in action now.

Team-mate Raphael Varane hailed the impact Eriksen has made, telling reporters: “He managed to integrate quickly into the squad, he has a lot of qualities.

“We are very happy to see him at this level after what he has been through. He brings experience. Playing against Christian is a player that I appreciate.”

But we can’t help thinking that Varane was less appreciative after Eriksen donned his Pied Pier outfit and led the France defence on a merry dance during their Nations League victory in Copenhagen.

One moment of tongue-wagging quality stood above all others as the central exhibit in his improvised collection. Receiving the ball in his own half, the Danish magician set himself before pinging a delicious pass into the path of Andreas Skov Olsen.

Nobody present seemed to mind that Olsen was denied by Alphonse Areola – and that he was also flagged offside – as they were still awe-struck by Eriksen’s vision and technique.

Perhaps his deep-lying position is more of a necessity these days but Eriksen has already embraced the Tom Brady role for club and country.

He’s even received praise from vanquished opponents. Speaking after their 2-0 defeat, France boss Didier Deschamps said: “There is an attacking player who even surprised me, and not just because of what had happened that could have been dramatic for him, and obviously it’s Christian Eriksen.

“But the ability that he shows with his club in the position he plays, because he has always been someone who has a remarkable technical ability.

Denmark will enter the World Cup as dark horses; they face France again in the group stages and will back themselves to match their best-ever performance in the finals of quarter-finalists.

And Eriksen will continue to pull the strings in midfield for them and Manchester United; it’s no coincidence that his club already look stronger with him playing the quarterback role to perfection.

But, most importantly, the 30-year-old’s recovery is a story that could bring a tear to a glass eye. Football is important but Eriksen’s continued presence in the game’s upper echelons serves as a reminder of life’s inherent fragility.

We’d all do well to remember that.