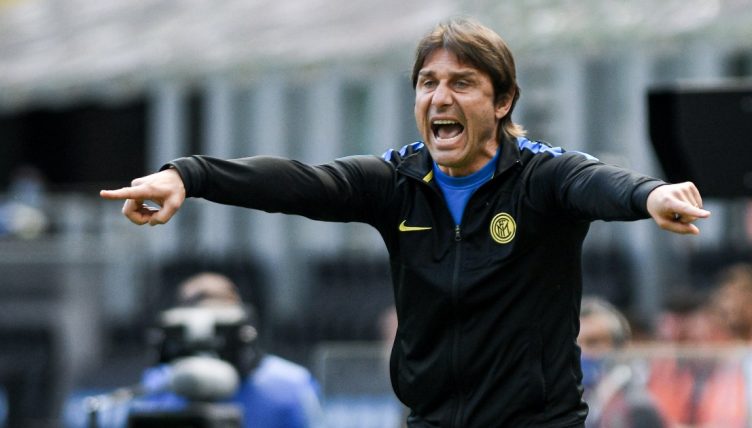 Modesty is generally thought of as a positive character trait. And, most of the time, it is. If you toot your own trumpet too much or too loudly, people around you will likely get pretty tired of the racket.

But there is a line that one should avoid crossing when modesty becomes an over-the-top show of self-deprecation. Nobody likes to hear someone go fishing for compliments by playing down their own achievements.

Antonio Conte is a man who errs on the side of caution. His dress sense is classic and understated. His football teams are based first and foremost on defensive solidity. And when it comes to modesty, he doesn’t want to risk being seen as insincere.

So, when asked to whom he would like to dedicate Inter’s Serie A title win after they had signed off with a 5-1 win over Udinese on Sunday afternoon, he replied: “I dedicate [the Scudetto] to myself.”

False modesty? Bollocks to that.

He won the title, he did the work, he’s taking the credit for himself. And, we ask, why the bloody hell not? Is it really so unbecoming to dedicate it to himself if he merits the applause?


He continued his reply, explaining the self-appreciation: “I know that in any case it has not been an easy path in these two years [since arriving in Milan]. I really had to get everything out of myself. There have also been times when I have doubted things and doubted myself, but we have been strong enough to go beyond everything. We have all been good, even me.”

He’s not wrong. Yes, Inter have spent considerable sums on transfers and wages. Yes, he’s brought in a few dud players. Yes, his squad is not exactly full of whippersnappers who are going to be at Inter for the next decade. He’s certainly contributed to the financial pickle that could blight them for the coming years.

But Inter’s directors fully understood the implications of bringing Conte in. If they wanted a cheap and cheerful solution, they could have looked elsewhere. Yet what they wanted was success – and they went to a man who has a deliciously reliable recipe to cook it up.

This was Conte’s fifth league title with a third different club. And to clinch it, he had to put his Inter side in a position to overtake the seemingly unbeatable Juventus, winners of the previous nine Scudetti.

Ashley Young gets the party started for Inter on the day they'll lift the Serie A trophy! 🎉

If this is to be his last game for the club, he's finished a successful spell in Italy with a goal 👏 pic.twitter.com/QPSZaBWPCH

He has done so by bringing in a few big-money players, but he’s also worked wonders with a few loan signings and free transfers like Matteo Darmian and Ashley Young. Conte has improved all those players and got them super fit, moulding a hard-running, slick-passing, defensively solid unit.

They conceded the fewest goals in Serie A this season and scored just one fewer than neutrals’ favourites Atalanta. They have run further on average than any other side in Italy and scored more second-half goals than any other team in Europe’s top five leagues.

Inter’s star man Romelu Lukaku said earlier this season that Conte had had a profound impact on his life and career: “Conte has improved me in all ways. Thanks to the coach I understood who I am, it’s the first thing that needs to be understood. I knew that he and Inter were the best choice from the first training session.”

After the 5-1 won over Udinese, Conte concluded: “I think it was the right end to an extraordinary year. Even today we played a beautiful game, we didn’t leave anything behind. We have collected 91 points, scored more than 90 goals. The best defence, the second-best attack, it means having done something beautiful and important.”

Just before they took the microphone away, he added: “My hair looks great, too, don’t you think?”

Alright, we made that last bit up.