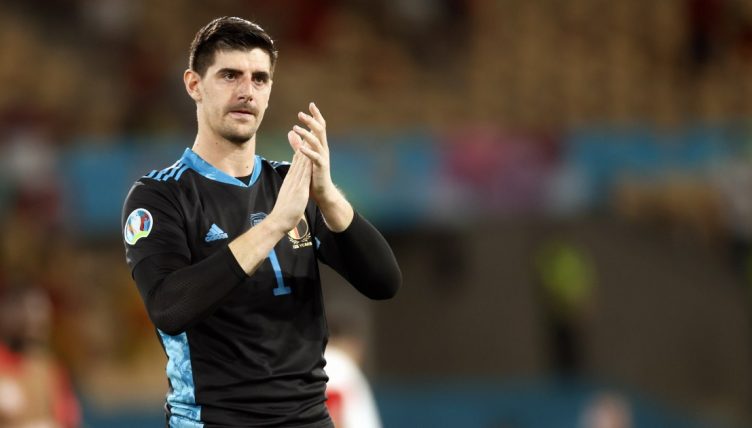 Roy Keane is a big fan of Cristiano Ronaldo, and he was ready to shout about it during the build up to the Belgium v Portugal game on Sunday night. “The brain he’s got – the most cleverest player ever,” Keane blurted out.

The former Manchester United midfielder might have not have used the most elegantest wording ever and the praise was certainly leaning towards the saccharine and sycophantic. But Keane’s point, taken more widely, was a good one.

Ronaldo is talked about incessantly, discussed in awed tones by fans and pundits alike. His physique, his dedication, his leap, his speed, his shooting and his heading. He is the Herculean specimen, a man who has transformed himself into a three-percent bodyfat goal-cyborg through his inexplicable love of ice baths, grilled chicken and sit-ups.

But all the speed and technique and physical prowess is nothing by itself. In football, if your decision making is poor, there is little hope for you at the very top level. That, essentially, was Keane’s point.

Ronaldo is great not because of his physical or technical attributes. He hasn’t scored 109 international goals because he’s ripped. No, Ronaldo has spent so long at the top because of his football intelligence. He knows where to stand, what to do and when to do it.

A poor decision can lead to a chain of events that will lose you a game. A good one can do the opposite.

And, as if he could see 40 minutes into the future, Keane’s point was proved perfectly during the game. Perfectly and, quite incredibly, by three touches from the feet of Thibaut Courtois, three touches that made Ronaldo look very silly indeed.

With four minutes to go until half time, Belgium had the ball at the back. Toby Alderweireld, with limited options ahead of him, chose to go back to his ‘keeper. But for a second Belgian hearts would have been in their mouths. As Courtois received the ball, the “cleverest player ever” bore down on him.

Courtois controlled the pass and shaped to stroke it out to the left, the most obvious option. Ronaldo saw it happening and leapt into the passing lane.

Then Courtois, cool as chilled Cruzcampo in the burning Sevilla evening, nipped inside and Ronaldo was gone, the Twitter GOAT sent to the Algarve with his tail between his legs. Tchau, Cristiano, nice seeing you again mate.

Was it a risk form Courtois? Perhaps. More importantly though, was it the correct the decision, was it a risk worth taking? Absolutely.

Ronaldo’s lack of desire to close and harry when out of possession was supposed to be one of Portugal’s weak spots at this tournament. Here, they were undone by him moving when he might have been better staying still.

The first line of the Portuguese press was broken by Courtois’ silky skill that sent Ronaldo to the shops and Belgium were away. A minute later, Thorgan Hazard hammered the ball past Rui Patricio for the only goal of the game.

Courtois has never been known for his skill with his feet. At Chelsea, he often completed his distributive duties with the dexterity of a baby giraffe.

But players can change. Before the game, Courtois had said as much: “Cristiano is the top scorer in the Euros, he’s an excellent player, obviously. However, I think he is still the same player he was when I was at Atletico, I have evolved more.”

Some might have giggled. But Courtois, it seems, was correct. His footwork has improved, and he made a perfectly timed decision to use those skills to take him dancing around one of the most effective footballers of all time.

In the second half, the towering Real Madrid No.1 showed the more traditional side to his game, stopping Joao Felix, Ruben Dias and Andre Silva with his hands. But it was Courtois’ twinkle toes that had turned this tie in Belgium’s favour.