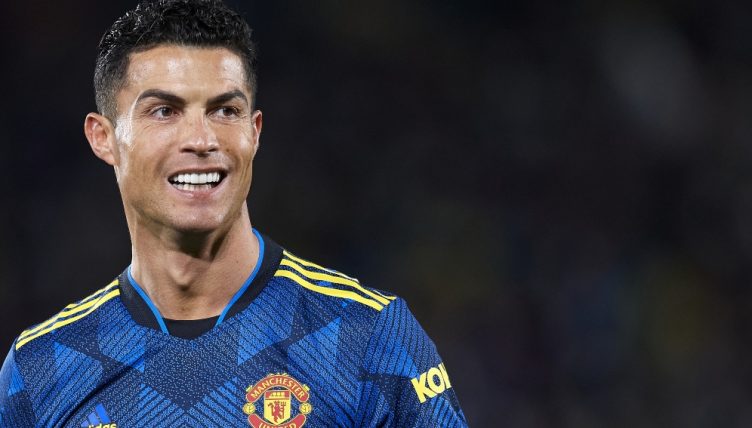 Cristiano Ronaldo has been getting a lot of bad press recently.

Firstly, this isn’t a new phenomenon. While Ronaldo is unquestionably one of the greatest players of all time, he’s more respected than adored outside of his legions of foot soldiers on Twitter.

But even the most one-eyed CR7 loon can’t deny that his return to Manchester United hasn’t gone quite to plan.

Ronaldo has kept his end of the bargain with eight goals in 15 Premier League starts – and another six that saved United from group-stage humiliation in the Champions League.

But United’s expected title charge has floundered upon the rocks of reality, with the 36-year-old’s hero’s return to Old Trafford unable to bridge the gap to Manchester City or teach Aaron Wan-Bissaka how to trap a ball.

After Ole Gunnar Solskjaer was put out of his misery in November, the appointment of Ralf Rangnick as interim boss hasn’t stemmed the tide of discontent.

Players have complained about training in the dark – perhaps expecting winter in northern England to be akin to Dubai – and there have been whispers that Ronaldo wishes to leave in the summer.

Sadly, it feels like some United fans wouldn’t be too sorry to see him go. For all his goals and ability to resist an apple crumble, Ronaldo has been accused of diminishing those around him like Bruno Fernandes and Mason Greenwood.

It took eight seconds on a cold January evening at Brentford to poke holes in that theory.

After receiving a first-half battering that’d make a Glaswegian Mars bar blush, United stole into the lead courtesy of Anthony Elanga’s first goal of the season.

Elanga represents a potential green shoot of recovery at Old Trafford but their second of the night owed much to the genius of their old master.

Ronaldo had endured a quiet match until a clipped Scott McTominay pass entered his orbit.

Spotting Fernandes in his peripheral vision, and blessed with a modicum of time, Ronaldo turned his body and gave a textbook pectoral pass into his compatriot’s path.

It was the moment of pure, unadulterated quality that United have oft missed this season.

Fernandes squared to Greenwood and United had sealed the match with the ruthless execution of a professional hit-man.

What a goal for Manchester United 😍

Suddenly it clicks as Ronaldo's BRILLIANT chest-pass finds Bruno Fernandes who puts it on a plate for Mason Greenwood!

It wasn’t enough to stop Ronaldo from being substituted 10 minutes later and reacting like an overgrown infant who’s been called in for his tea.

Visibly unhappy on the substitutes bench, Rangnick felt inclined to pacify his centre-forward with an explanation. Only professional lip-readers could make head or tail of the content but it seemed to be delivered in the patient tones of a beleaguered counsellor.

“He asked: ‘Why me, why have you taken me off?’” Rangnick revealed after United’s 3-1 victory.

“I told him: ‘I have to make decisions in the interests of the team and club. We had the same situation at Aston Villa [on Saturday] when we were 2-0 up in the second half and I didn’t want to make the same mistake [drawing 2-2].’

“So tonight I put on Harry Maguire, went to a back three, and a fast winger, Marcus Rashford. It was the right decision. Cristiano is a goalscorer but it was more important to be compact at this moment.

“When we scored a third I said this exactly to him: ‘I know you’re ambitious to score but maybe in two years’ time when you are a head coach like me and in the same position you’ll understand.’”

Ronaldo’s strop inevitably stole the headlines, was instantly shared on social media, and fed into the narrative that he’s dissatisfied at United. It certainly did nothing to stop rumours of his departure.

But Rangnick has publically praised Ronaldo’s professionalism and his pre-assist with his chest was a touch of footballing genius and the answer to United’s prayers.

In another world, that would have stolen the headlines. And quite rightly too.