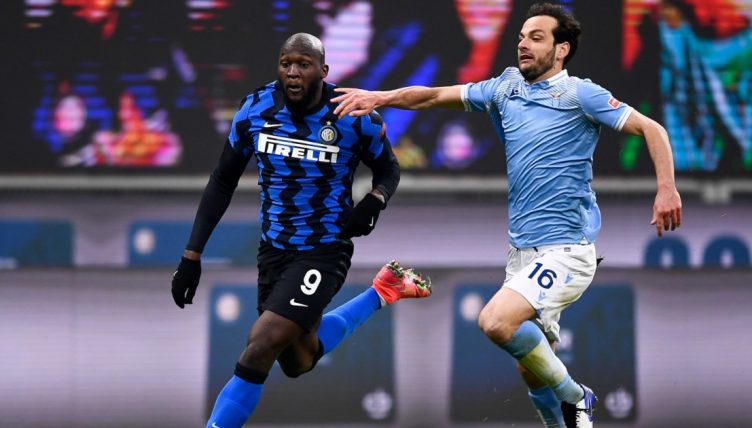 It’s been an odd season for Inter Milan.

They were bitterly disappointing in the Champions League, finishing fourth in their group and failing to even make it through to the Europa League.

In their two-legged Coppa Italia semi-final that finished last week, they were meek as they went out to Juventus.

At points, Antonio Conte’s job has looked under serious pressure.

Yet in Serie A, there Inter now sit: top of the league and, after 10 long years without a Scudetto, looking break Juve’s iron-fisted grip on the Italian league title.

The man spearheading their surge? Romelu Lukaku. Who else?

He might not have had everything his own way at Manchester United – by the end, Gary Neville was calling him “unprofessional” and Lukaku himself has spoken of his emotional discomfort during that spell. But since his arrival at the San Siro, Lukaku has been unstoppable.

He is loved, he is the focal point of the attack and he fits into Conte’s system like hand in glove, doing everything the Italian asks of him and more.

Lukaku pins defenders back to goal, flicks balls around corners with his cute passing and uses his pinpoint finishing to tuck away chances created by Inter’s flying wing-backs.

And on Sunday against Lazio, as Inter won to take top spot from rivals AC Milan, he put in one of the finest performances of a magnificent season, demonstrating the full array of his many – sometimes underappreciated – talents.

Halfway through the first half, the big Belgian put Lautaro Martinez in behind with one of his fine, first-time lay-offs to win a penalty, which he stepped up to slot into the corner of the net.

Then just before the break, Lukaku was sharp as a knife, reacting first as the ball ricocheted through the Lazio backline and poking home to make it 2-0. This was his 16th of the Serie A season and the 300th goal of his professional career at just 27.

For those United fans who doubted him – Lukaku has reached 300 at the same age as Cristiano Ronaldo and younger than Suarez, Lewandowski and Ibrahimovic, with whom he seemingly didn’t get on very well at Old Trafford.

Yet for a full, scintillating demonstration of just how far Lukaku has come since leaving Manchester, we had to wait until just past the hour.

Lazio had just scored to cut the gap to 2-1, and their tails were up. But like a true leader, Lukaku grabbed the game by the scruff of the neck.

A Lazio attack broke down, the ball fell Lukaku’s way on the halfway line and there he was, mano-a-mano with Lazio’s veteran midfielder Marco Parolo.

Famously, Lukaku has been put on a fresh fish and vegetable diet since his arrival Inter, shedding the pounds and picking up the pace. Lukaku knew he had his man. On went the afterburners.

Inter with the perfect response to Lazio's goal! 👏

A deadly counter attack and Lautaro Martinez makes it 3-1 🔥 pic.twitter.com/fYBfRmsmA8

But even fish and veg does not explain the merciless acceleration he displayed. On this showing, he has been washing down his meals with rocket fuel.

Parolo was out of the picture in a flash and with just Pepe Reina to beat, Lukaku would have been forgiven for trying to complete his hat-trick.

But his strike partner Lautaro Martinez was open in the middle, free in acres and desperate for the ball. Instead of taking on the shot, Lukaku selflessly rolled it across for the Argentinian to slot home.

The game was won, Inter were going top. As the headline in La Repubblica read: “Lukaku is a cyclone.”

Next up is the league derby with Milan, and with Inter’s main man fully focused and fighting fit, Ibra and his mates had better watch out.