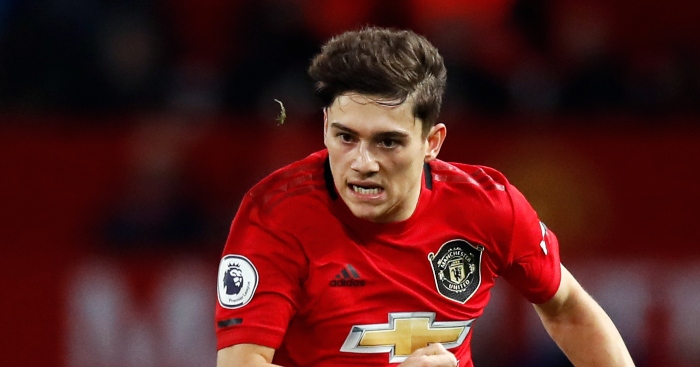 For all the talk of Manchester United needing big-money signings or individuals who know the club, their most important player this season has been a young man who has neither of these qualities.

United’s situation is a bizarre one, where the pressures of playing for A Big Club are melded with the lack of quality associated with this club to the point that the task facing a number of players feels artificially doubled.

And yet, as so many struggle, Daniel James appears to have insulated himself from the bad vibes flowing across Old Trafford since the summer.

When James arrived from Swansea for £15million, there was a sense in some circles that we weren’t allowed to get excited about him. A feeling that, if he was really that good, he’d surely have cost more. Of course, United fans shouldn’t have to look too far from home to dispel that myth.

But anyone who watched him come to life for the Swans in last season’s FA Cup win over Brentford will surely have been excited by what he’d be able to offer to a team whose counter-attacking would need to be on point.

It was fine to temper one’s expectations, sure, but any sense that James wasn’t good enough for this Manchester United side felt out of place even before he had marked his debut against Chelsea with a late goal.

One thing’s for sure, there have been no signs of James hiding away in his first few games in a red shirt, and this is doubly impressive when you acknowledge he is yet to hit the 50-game mark for career league appearances, and his nine Premier League outings for United have him on a level with Keith Gillespie and Liam Miller.

He is beginning to show the same qualities we witnessed from some of the academy players brought through by Alex Ferguson: a feeling that every time he steps on the pitch he’s one step closer to the football gods deciding he isn’t meant to be there and so he has to keep kicking on in the short window he has.

He recognises he’s not there yet. However, like any good Daniel James run, he’s refusing to look back for fear it will allow his momentum to be slowed.

James’ latest high point came in the clash with Liverpool, in which he laid on a stunning assist for Marcus Rashford like it was the simplest thing in the world.

Once he has skipped down the touchline, it would be easy for James to overthink the ball into Marcus Rashford. However, while he’s still thinking in 2D rather than jumping several moves ahead in his mind, the difficult becomes simple.

And it is simple in isolation, finding a specific window with the cross without needing to acknowledge the chasing pack of defenders. What’s difficult for a footballer is separating external factors from your short-term task – sometimes you can achieve more by making it look like you’re thinking less.

Plenty of more storied players have overcomplicated things when it wasn’t necessary, and we may well eventually see a variation of Daniel James who fits this description.

For now, though, he is playing like a child in the midst of a wonderful dream, fearful that if he attempts to make himself aware of that reality then he’ll snap himself awake and lose it forever.

Manchester United fans and football fans alike are in a similar boat, witnessing a talented footballer do his thing before disillusion hits both you and him. For now, it’s best for everyone if we don’t try to look into it too deeply.