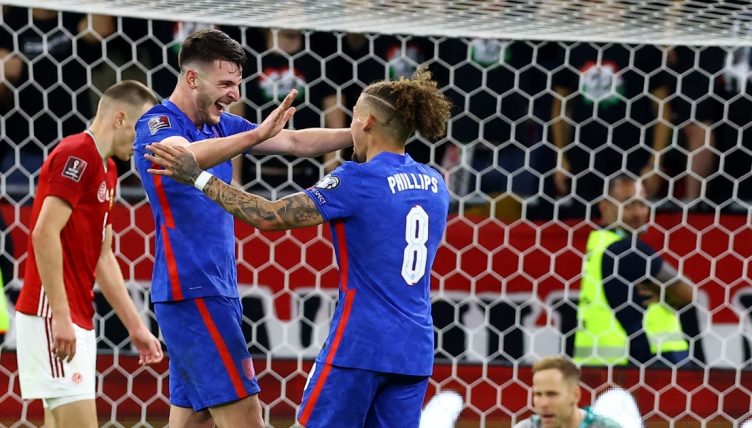 If you think of the great partnerships in football, chances are your mind will wander to either end of the pitch: centre-backs that form a brick wall or irresistible front twos.

Ferdinand and Vidic. Baresi and Costacurta. Pique and Puyol. Chiellini and Bonucci. Romario and Bebeto. Cole and Yorke. Quinn and Phillips. Shearer and Sutton. You get the picture: duos so good that their surnames roll off the tongue together, as if they were a high-calibre law firm.

Rarely, if ever, have midfield twosomes ever reached such a distinguished level, but that’s increasingly changing as the double pivot has its day in the sun.

Jorginho has just been named UEFA Men’s Player of the Year, while his trusty sidekick N’Golo Kante was awarded Man of the Match in the semis and final of Chelsea’s Champions League triumph.

When Phillips was given his first international call-up in September 2020, few Leeds fans doubted his aptitude for the job – even though he was yet to make his Premier League debut. The homegrown star had played an instrumental role in the club’s promotion from the Championship as one of Marcelo Bielsa’s first names on the teamsheet and many could foresee the proven, top-level player he is today.

But as is increasingly the case with international football in the age of social media, his call-up was met with bickering from rival fans from their respective club with an assumption that Phillips would be challenging Rice for his spot at the base of Gareth Southgate’s midfield.

At that point, Rice was just 21 with over a hundred Premier League appearances under his belt and a fair bit of experience with the Three Lions. At the same age, Phillips was still finding his feet in the second tier.

When Phillips’ debut came in a Nations League clash away to Denmark, there was immense pride among Leeds fans to see a first representative of the club since fellow local lad Alan Smith back in 2004. But there was also a disappointment to see him in a double pivot alongside Rice, rather than instead of him.

Phillips had played in a midfield two at Leeds, but during that time he looked nothing special in a series of unremarkable teams under coaches like Garry Monk, Thomas Christensen and Paul Heckingbottom. 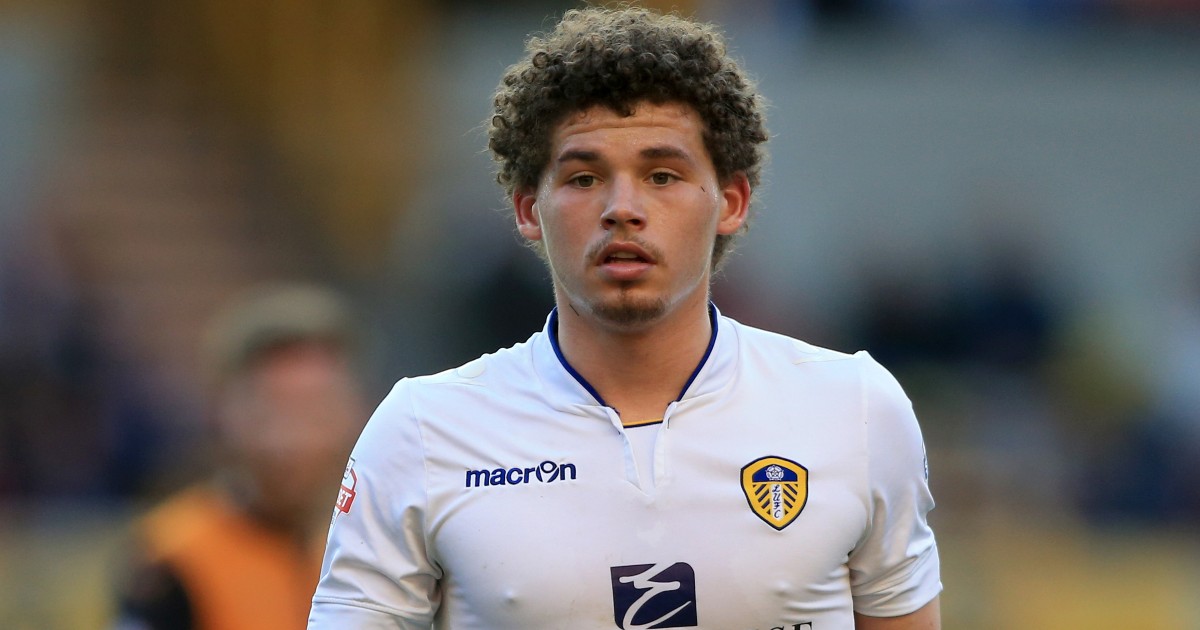 READ: Where are they now? Leeds United’s XI from Kalvin Phillips’ debut in 2015

It was only once Bielsa developed him into a single pivot at Leeds that he began to regularly demonstrate his real quality – dictating the tempo and regularly pulling out exceptional long diagonal balls, while also reading the game out of possession with a penchant for well-time crunching challenges if necessary. His great asset is his energy and the ability to do the work of two midfielders – Leeds’ one-man double-pivot.

There was more logic when it came to playing Rice in a two, having developed his game playing alongside experienced Hammers captain Mark Noble before excelling in a partnership with Tomas Soucek.

Southgate’s critics decried his conservative belt-and-braces approach of playing both Rice and Phillips ahead of a back three, fortifying the midfield by foregoing a number of the emerging exciting attackers. A dreary 0-0 in Copenhagen in their first appearance together didn’t help matters.

“The selection of two screening midfielders – Declan Rice and the debutant Kalvin Phillips – raised eyebrows and was never likely to raise the tempo,” wrote David Hynter in The Guardian.

“They struggled to impose themselves in attacking terms and, although they were tidy enough in possession, passes were frequently square and the gap to the front three pronounced.”

Fast forward a year and Phillips has been awarded England’s Player of the Year, having played almost every minute as they came a penalty shootout away from winning Euro 2020, having reached a first major final in over 50 years.

Rice was alongside him every step of the way and was beaming as he handed the Leeds man the award at St. George’s Park – “It just shows how far you’ve come and how well you’ve played. You deserve it, you’ve been unbelievable.”

🦁 Kalvin has been voted the 20/21 @England Player of the Year! pic.twitter.com/3yPVzTB54d

Needless to say, those twitter debates that pitted them as rivals, as with Mason Mount and Jack Grealish, have not aged well. A year is a long time in football.

Phillips had given the wider footballing word a taste of his star quality with a Man of the Match performance in the 1-0 victory over Croatia in the group stage opener, having bossed a midfield battle against Luka Modric, Mateo Kovacic and Marcelo Brozovic – exactly where they’d been so weak and overrun in the World Cup semi-final defeat three years prior.

The Euros were vindication for Southgate’s unwavering ability in his plan in the face of criticism and calls for more adventurous football. There can be subjective quarrels about the aesthetics, but there’s no arguing with the results.

Were this 20 years ago, Kevin Keegan might have taken out Rice for another of England’s dazzling young forwards, and were Bielsa in charge he might well give Phillips sole responsibility as he does at Leeds. They’d have made England appointment viewing, but would they have reached a final?

After all, England’s undoing for so many years was a succession of managers dogmatically obsessed with fitting in all the stars of the ‘golden generation’.

Neither Rice (yet) nor Phillips have played in Europe, but together the pair form a pillar of England’s recent success – such is their form at international level, and importance for their respective clubs, you can imagine it would take £100million to prise them away. Grealish has set the precedent.

It was fitting that Phillips was the first one over to hug Rice after he capped off a brilliant display in Budapest, having scored the fourth a little fortuitously as his long-range effort squirmed past RB Leipzig goalkeeper Peter Gulacsi.

The scoreless first half is unlikely to live long in the memory, but with Rice and Phillips pulling the strings, England were remarkably comfortable in a difficult place to go.

Before the break, England registered nearly 70% possession, while the midfield two completed more passes than any of the hosts’ players, before they helped increase the tempo and step things up a gear en route to four second-half goals.

Both players are ever-improving, with Rice set to be tested in European competition and proving his adeptness at playing in a double pivot week in week out for his club.

Phillips has allayed any early fears that putting him in a double pivot renders his qualities redundant, but rather it enhances them – the England backline are supremely well-protected, having conceded just one goal from open play across the Leeds man’s 16 appearances to date.

Better yet, as their partnership grows stronger on the pitch, we appear to be witnessing the birth of a beautiful friendship – with both players posting their admiration for one another in the hours after the match.

We may be witnessing the bedrock of England’s midfield for years to come. Like the very best partnerships in football, the two of them clearly love playing alongside eachother.

Can you name every England player to score in a tournament QF?

Chelsea fans worried Declan Rice can only pass sideways? Don’t be so silly