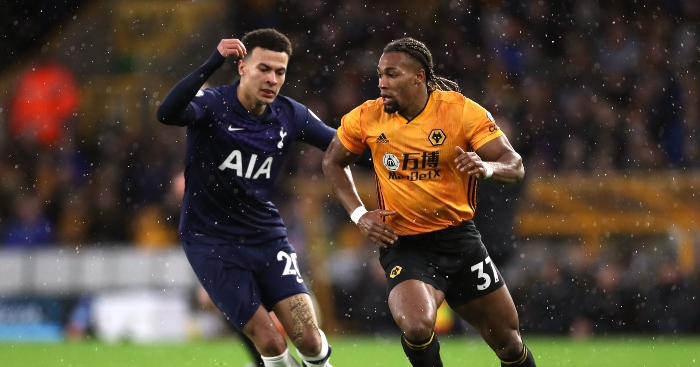 When Jose Mourinho took over as Tottenham manager, many of us wondered what it would mean for Dele Alli.

The England midfielder was on a run of two goals in 25 games, and it felt like a fight or flight moment for his career at the north London club.

He could have gone the way of Memphis Depay, an attacking talent dismissed by Mourinho after failing to work miracles right away, or he could show signs of fulfilling the Portuguese coach’s Lampard role. It looks like we’ve already found our answer.

While plenty of us weren’t too keen to rule Alli out immediately, few expected him to return to his best quite as quickly as this. Four goals in six games is a solid return for any player, let alone one going through a dry spell as long as his.

But it’s not just about the goals. We’ve also seen the return of a more visibly confident player. The individual who was such a vital part of the Spurs squad which flirted with the top of the Premier League in 2015-16 and 2016-17.

We saw it in Mourinho’s first game in charge, the win at West Ham, when the midfielder helped set up Lucas Moura’s goal with some brilliant improvisation while on the ground.

And Alli was at it again against Wolves, even if his magic didn’t result in a goal this time.

Alli has often been an unpopular player with rival fans, and it’s hard not to see this sort of outward disrespect as playing a part. Walking up to the green and using your pitching wedge to find the hole, as he does here, is just one component.

Footballers, and English footballers in particular it seems, are often expected to show a kind of unspoken reverence, not necessarily to individual opponents but to the nebulous spirit of football. Goals and assists aren’t the problem, but the same can’t be said for producing them when you’re effectively wedgieing your rivals to get to that point.

Is there an easier route to feed Eric Dier as he burst through towards the Wolves goal? Very possibly, but those routes wouldn’t look sick as f**k.

It’s football’s equivalent of peanutting a classmate or drawing one of those pointy S’s on your exercise book. It plays well with exactly who you need it to play well with, and anyone who takes issue with it is a nerd by definition.

6 – Dele Alli has been directly involved in six goals in five games under Jose Mourinho in all competitions (4 goals, 2 assists), twice as many as he registered under Mauricio Pochettino this season (2 goals, 1 assist in 10 apps). Inspired. pic.twitter.com/Vrrm0V13HR

The word ‘arrogant’ is generally meant as a criticism of a player, especially an English one, and that fits into the same national psyche which often seems unable to shake its obsession with diving as a foreign curse.

It’s a bizarre invented humility so far out of sync with the country’s place in the world, but instead of delving into why this kind of roadblock is in place it might be time to simply embrace the idea that the dark arts of football are both good and necessary.

Indeed, it would be naive to think the kind of imagination behind an intelligently-planned dive or tactical foul is entirely alien to the imagination which brings scooped passes like the one at Molineux and improvised flicks like the one at the London Stadium. It’s part lateral thinking, part preparing for more scenarios by virtue of having encountered more variety.

Alli has a headstart in this sense, too. It’s probably no coincidence that his football upbringing differs from that of many of his peers. While some joined elite academies from an early age, he earned his stripes in concrete cage football in Milton Keynes where the priorities were a little different.

“It was all about having fun, getting nutmegs, things like that,” he told The Telegraph in 2018.

“Obviously it’s a lot more serious now but I still like to keep that in my game.”

The difference between Alli when he’s freely channeling that and when he is not are plain to see.

The most striking thing about Alli’s resurgence is the involvement of Mourinho in it all. If you were to pick a manager to get the best out of a midfielder who does so much of his work in the attacking third, you’d probably mention a dozen other names first.

However, Mourinho has shown a readiness for exactly one player to fulfil such a role, be it Deco at Porto or Wesley Sneijder at Inter. The challenge is showing you’re good enough.

Spurs’ up-and-down form of the last season and a half has, for some, been the result of a stale squad in need of new faces to stop the settled players resting on their laurels. Perhaps the rebirth of one of their more established players is enough to do the trick.