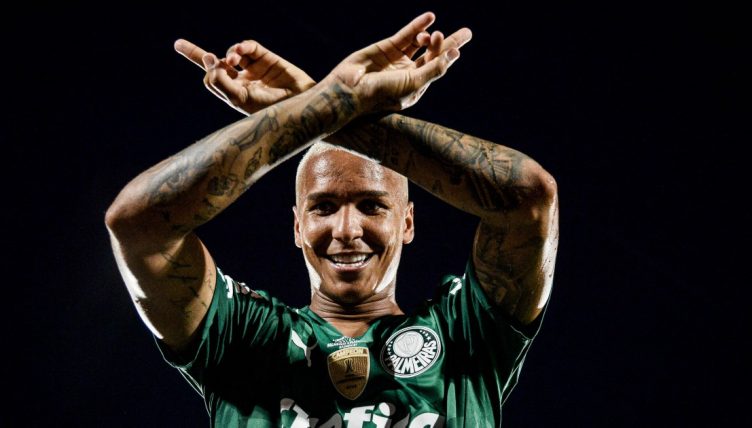 Just picture this for a few seconds.

You’ve been brought on as a substitute for extra time of the final of the competition you and the supporters of the club you play for value above all else.

After 90 tense minutes finish 1-1, you step onto the pitch for the biggest half-hour of your professional life. Five minutes later, you pounce on a horrendous opposition error that puts you through one-on-one with the goalkeeper.

You look into the whites of the keeper’s eyes. In a game of so few chances, this is it; the opportunity to write your club’s name on the trophy and your name into the history books.

You keep your cool. You shape to shoot one way but go the other. The keeper gets a slight touch, but your shot bounces and nestles into the back of the net.

Glory. Ecstacy. More than both of those, redemption.

You’d been deemed surplus to requirements and loaned out twice, missing your team’s final victory in this very same tournament 12 months ago. Yet you’re back and now you’re the hero, celebrating in front of fans who for a long time couldn’t decide whether they loved you or hated you.

What next? What of those remaining 25 minutes of extra time? You’re walking on air. Maybe there’s another goal in this for you, a chance for you to really stamp your mark on this final. If not, then you defend with your life to preserve that slender lead and the hero status it bestows upon you.

That’s all there is to do, right? Well, no. At least not if you’re Deyverson.

The 30-year-old Palmeiras forward – the man who scored the extra-time goal against Flamengo that gave Palmeiras their second successive Copa Libertadores title on Sunday night in the circumstances described above – is different.

🏆🟢⚡️ Deyverson came off the bench, won possession, ran through and scored a huge @Palmeiras winner!

Deyverson is a walking, talking, crying, shouting, elbowing, diving, goal-scoring, defender-bothering whirlwind of contradictions. He is terrifying and entertaining and infuriating and disconcerting and head-scratchingly surreal. If Salvador Dali painted a footballer, it would be Deyverson.

Most of all, though, Deyverson is the undisputed, undefeated heavyweight shithousery champion of the world. Nobody else even gets close – and with a reputation to maintain, he did not put those last 25 minutes of Sunday’s Libertadores final to waste.

After scoring the goal, then doing the defending and running around and kicking people that his cantankerous Portuguese manager Abel Ferreira asked of him, Deyverson’s opportunity to hit peak Deyverson arrived in the third minute of added time of extra time.

With the game about to end and the title all but confirmed, a little exchange between him and Argentine celebrity referee Nestor Pitana in the corner of the pitch ended with Pitana giving the Palmeiras player a jocular tap on the back.

In the wild world of Deyverson, that was more than enough. He threw himself to the floor with a gusto that most people reserve for tucking into a Friday night curry or that first pint after a long day at work.

What was he thinking? Pitana was hardly going to send himself off for violent conduct, was he? Time wasting, then? With 30 seconds to go and the ball near the corner flag, there was not really that much need, at least not for something so extravagant. Pretend you’ve got cramp or something.

But Deyverson is Deyverson. What goes on inside his peroxide-topped, peanut-shaped bonce is one of the true mysteries of our time.

This is the man who in 2019 got the name of his then-girlfriend, singer Brunna Bernardy, tattoed on his chest after they’d been going out for a week, for heaven’s sake.

This is the man who has been sent off five times in his Palmeiras career, each red in increasingly bizarre circumstances.

In 2017, he was subbed on for the last four minutes of the derby with Corinthians. On that occasion, he made his mark by elbowing Felippe Bastos square in the chops. In 2019, against the same opponents, he saw red again for spitting on midfielder Richard.

Once, when playing for Levante in La Liga, Deyverson was even mad enough to discharge a gob-full of phlegm on Atletico Madrid’s Uruguayan hard-nut Diego Godin, who proceeded to spit right back at him.

And in 2018, in the quarter-finals of the same competition he won for Palmeiras on Sunday, the Brazilian was sent from the field after a series of dives and crowd-inciting gesticulations so mind-bogglingly eccentric that it really needs to be seen to be believed.

Before today his most famous Libertadores moment was this bizarre episode against Cerro Porteño in 2018:

After finally his game-winning, trophy-clinching goal on Saturday, Deyverson burst into tears in his post-match interview, just as he had at the side of the pitch as he celebrated his goal.

Through the sobbing, he embarked on a strange soliloquy about how much he had foregone to reach this point, making reference to the 2017 Chapecoense air disaster and to Marilia Mendonca, a hugely popular Brazilian country singer who died when her plane crashed in early November.

Well, like we said, the mind of Deyverson is a place full of questionable, perplexing wonder. He is Brazil’s nonpareil of shithouse antics, a never-ending show of football as surrealist performance art.

Trying to understand why he does what he does is a fool’s errand. Instead, it’s best just to sit back and gawp.

Palmeiras’ unpopular mini-Mourinho is closing in on Libertadores history