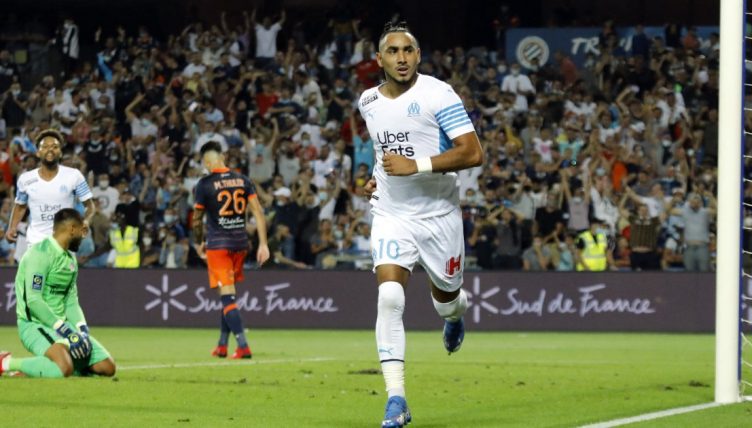 Start as you mean to go on, they say. And if that’s what Marseille and their wild band of Jorge Sampaoli-led, Dimitri Payet-inspired ragtag new signings were doing in the first Ligue 1 game of the season, then their fans are in for a helter-skelter ride this season.

Marseille have prepared for this season by going to the magic money tree and picking a great big wodge, which they’ve used to furnish Argentine fireball-cum-football-coach Jorge Sampaoli’s squad with a raft of new signings – a mix of Premier League loanees, Europe-based youngsters and a quick trolley dash around Brazil.

The natural thing to do with a group of players who’ve barely had time to learn each other’s names against a bloody good Montpellier side in front of Montpellier’s first full house in 16 months? Well, line them up in a nutty 3-3-3-1 formation and see what happens.

In the first half, the results were predictable, Marseille looking like a boxer who’d warmed up for a fight by taking a tab of acid.

First, discombobulated new signing Luan Peres – playing on the left of a back three that was genuinely just a back three – turned a cross into his own net.

Then Gaetan Laborde popped up on the right, cut into the acres of room allowed for him by Marseille’s chaotic defence, and whipped an absolute wonderscorcher in off the angle of post and bar.

Half-time, 2-0 down. Time to shut up shop and not let it turn into a rout, right? Wrong. Sampaoli brought on another attacker, footballing-bulldozer and neck-tattoo lover Dario Benedetto, in place of a midfielder, Brazilian new boy Gerson.

Inexplicably, it worked to perfection. With Payet, who had previously been ploughing a lonely furrow as an improvised No.9, now further back and with more room in which to work, the game shifted in Marseille’s favour. And when a game shifts in Marseille’s favour and everyone’s favourite ex-West Ham wild child has room to work in, there is only one magical outcome.

First, left winger Konrad De La Fuente crossed for right winger Cengiz Under to make it 2-1. Then Payet whipped a free-kick through a badly built wall and into the net. Fifteen minutes to go, 2-2 on the board – the dramatic evening set up to deliver the denouement it deserved.

And who delivered it? Who else but him? Payet found the ball in the inside left channel, held off his marker with his outsized backside, skipped into the area, cut it onto his right and, with a delightful little hop, caressed the ball lovingly across the ‘keeper and into the side netting.

“The Difference,” the Marseille Twitter account tweeted above a picture of Payet. And they were spot on.

Sampaoli jumped for joy, managing to look disconcertingly like a bulldog that someone had just said ‘walkies’ to. The Marseille fans behind the goal were in raptures. The Montpellier majority were altogether less impressed.

A barrage of projectiles rained down on the Marseille players. Valentin Rongier, according to reports, took one to the mouth, causing him to bleed. Fans back in, passions overflowing into utter bedlam.

After a short pause, the ref decided things had calmed down enough to recommence and Marseille saw it through, doing just enough to start the season in the most on-brand Marseille style imaginable.

According to Jordan Amavi, when his players were struggling to keep the ball in an intense training session the day after a pre-season friendly in July, Sampaoli screamed at his charges that they “deserve to die.” One can only imagine what garbled mess of words he managed to ball out in the changing room after this one.

Marseille fans are used to ferity, tumult and disruption – in fact, it is normally Marseille fans who cause it. Last year they stormed and ransacked the club’s training ground and attacked players and former coach Andre Villas-Boas in protest over the leadership of Villas-Boas, the owner Frank McCourt and the club president Jacques-Henri Eyraud.

They have since been appeased with the arrival of Sampaoli and his band of weird and wonderful signings. As a result, this season is even less predictable than last.

We’re keeping our eyes squarely on the Stade Veldrome. We suggest you do the same.