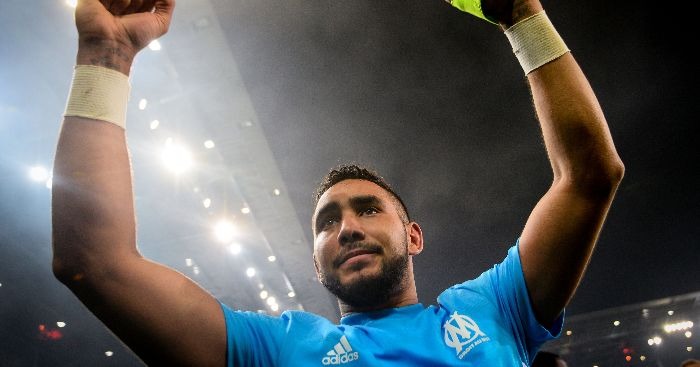 If Dimitri Payet doesn’t play for the team you support, he’s probably wound you up on at least one occasion.

In fact, even if he does play for your team, there’s no guarantee the France international hasn’t wound you up at some point.

The beauty of his play, however, comes from the fact that – no matter how exasperated you’re left by his displays – it’s twice as bad for his opponents.

Payet’s all-too-short spell at West Ham became known for a rabona assist so outrageous it angered Troy Deeney and Watford into scoring four unanswered goals, but anyone expecting him to tone things down after returning to Marseille was sorely mistaken.

He’s not the most athletic, his idea of being a ‘team player’ means passing only to those colleagues he trusts to use the ball (that meant a lot of one-twos with Manuel Lanzini in E20), and he will regularly try low-margin, high-reward plays if they’re likely to make him look better on highlight reels.

He’s just as likely to leave his own fans cursing at the TV as he is to prompt opposition supporters to threaten him with whatever blunt instrument they happen to have lying around, but the highs are so high it becomes impossible to stay angry at him.

Indeed, had he scored this chance, which for most would have been a frantic effort to merely keep a wayward cross in play, we might have had to hold our hands up and deem any criticism he may ever go on to receive entirely invalid.

The beauty of Payet’s majesty comes from the fact that, at the age others begin their downward trajectory, he was just getting started.

At 28, when he played the final game of his first Marseille spell, he was a man who had spent a decade in Ligue 1, earning a smattering of international caps and no goals for Les Bleus.

He may have been coming off a season of seven goals and 17 assists, but you could be forgiven for thinking that would be the pinnacle.

Instead, after posting some ridiculously creative numbers in a West Ham shirt, he has kept things going in Ligue 1 and the Europa League to the point that only an injury kept him out of the France squad which went on to win the 2018 World Cup.

He claimed seven assists in the Europa League alone – in just 11 appearances. And that included deliveries for all three of Marseille’s goals in their 3-2 aggregate victory over Red Bull Salzburg in the semi-final.

As an attacking player, the sight of Payet standing over a free-kick must be the dream. Here you have someone who can essentially stop time, pick the ball up, place it in the perfect spot and then return to his starting position as if to make it all look natural.

It’s a lesson in backing yourself, and it’s the work of someone who knows the value of fun in a sport where others are encouraged to overvalue hard work and intensity. Rather than bringing his own style in line with the norms of the game, he has doubled down in an effort to get others to move their style closer to his own.

He is playing his own game and encouraging others to either play along or miss out on the fun, and there’s no better example of this than his goal against Strasbourg.

After beating the offside trap, Payet found himself one-on-one with Alexandre Oukidja and gave him two choices. Either you let me go through and score, Payet says with his eyes, or you try to stop me.

The end result will be the same, at least in terms of the scoreline, but if you know what’s good for you then you’ll choose option A.

Oukidja ignored the advice, convincing himself he could keep out his opponent. As a result, he would be absent from the Strasbourg teamsheet for a month, fooled so comprehensively by Payet’s quick feet that he went down injured and missed the next three Ligue 1 games.

To even call Payet’s play a dummy almost does it a disservice: it’s like a sniper taking out his target without even firing a shot. And it’s enough to convince anyone else who comes into contact with him to just stand aside.

If you stand off Payet out of fear for what he can do up close – and you need look no further than Oukidja’s injury for the answer to that hypothetical – you leave yourself at risk of him applying set-piece precision to open-play passes.

When team-mates are on his wavelength, as with Morgan Sanson for this goal against Rennes, you’re forced to do several mental calculations at once: what Payet can do to the man nearest him, who he can find from a free-kick if you bring him down, and who he can find from open play if you opt to stand off.

The problem, however, is that your calculations on all three fronts are wrong. Not only can he see things that aren’t there, but he can trick you into cutting out the impossible and leaving him free to carry out something easier.

Payet laid on 13 goals for his team-mates in Ligue 1 in 2017-18, while his average of 3.9 key passes per game was so far ahead of most other players in the league that it looks like a typo (Neymar is the only other player above three per game).

Just one season of that would stand out, but several years of the same, even after others have figured out what you’re all about, makes him look like a freak of nature.

If the last few years have taught us anything, it’s that the only way to stop Dimitri Payet is to steadfastly refuse to stop him and just hope he gets bored. And even then you’re in the lap of the gods.