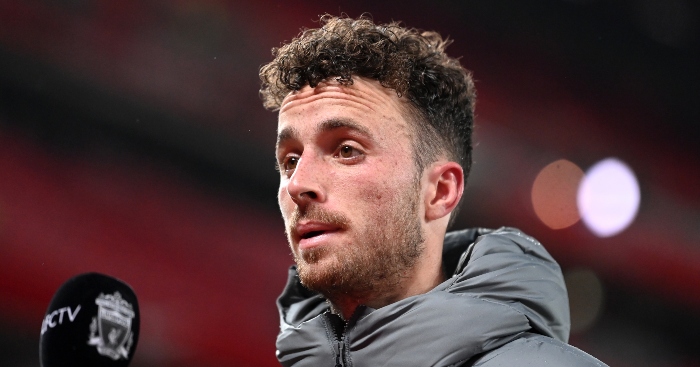 There’s something to be said for going under the radar. In an age when many feel the need to record their every movement on social media, keeping yourself to yourself is fast becoming an underrated quality.

If Diogo Jota keeps making passes like this, however, then going under the radar will become impossible.

Many were surprised when Liverpool paid Wolves north of £40million for Jota’s services this summer. Not because the Portugal international wasn’t recognised as a good player, more because the transfer was kept under wraps almost to its conclusion.

Faced with the unenviable task of breaking up the Salah-Firmino-Mane trio, Jota has made an encouraging start to life at Anfield. The forward notched a goal on his debut against Arsenal and has offered Liverpool fans signs of his talent.

Last night, Jota provided the clearest evidence yet of his suitability to Jurgen Klopp’s side.

With the match at Ajax drawing to its conclusion, he collected the ball inside his own half, needing to wind down the clock to protect Liverpool’s lead.

Jota had other ideas. Skinning one opposition defender and travelling into enemy territory, he decided to unleash a stupendous curled pass. The technique used can be found on page one of every coaching manual in the land.

The arched ball deliciously found its way to Georginio Wijnaldum as if navigated by GPS. It almost didn’t matter that the chance was eventually squandered, such was the quality of the pass.

With the fixture schedule looking more relentless than a team talk from Pep Guardiola, teams like Liverpool will need to rotate their line-up in order to avoid premature burn-out.

On the other hand, it may become impossible to ignore Jota’s claims for a more regular place in the starting XI if he keeps producing moments like these.

So much for under the radar.