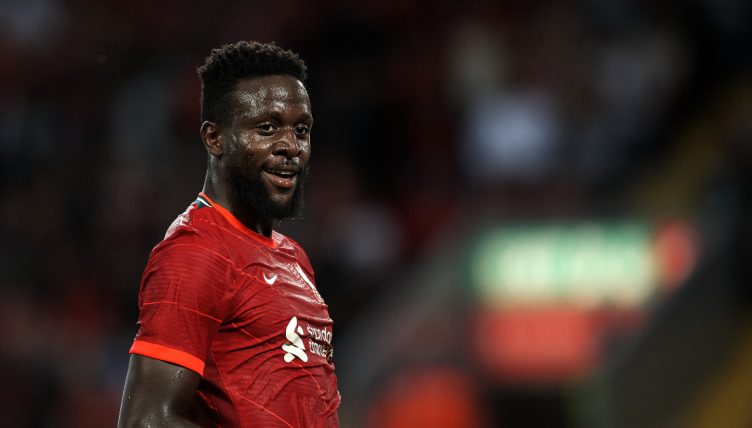 Something weird happens in the box, a bit of chaos ensues, and then Divock Origi scores for Liverpool. Where have we seen that one before?

It is perhaps totally unsurprising that in a League Cup fixture against lower-league opposition it was Origi who had the final say in a match where Preston refused to give up easily.

Such is Origi’s habit of scoring subtly brilliant goals, his stunner against Preston was nothing new to Jurgen Klopp, saying after the match that, “Divock Origi’s goal was just Divock Origi.”

There’s a special appreciation for the Belgian amongst the Anfield faithful for his track record of being in the right place at the right time; versus Barcelona, Spurs in the Champions League final and Everton in the derby, he has proven himself as the king of adaptability and timing, turning up exactly where Liverpool needed him to be. This game might not have had the same gravitas as others, but this goal was possibly his best.

At times it felt Liverpool and Preston’s League Cup Round of 16 tie could have been a match from a time long gone: a cup fixture between two teams in the North West of England in a stadium first built in 1875.

That feeling only grew when Preston came out fighting, denied a certain opener by a clearance off the line from Neco Williams after forcing Adrian into two good saves.

The chances are coming for Preston…

But the two scorers for Liverpool proved that football has changed dramatically since the days where Preston North End were invincible champions of England and could consider themselves equals with the teams such as the Reds from Merseyside, who didn’t even exist at that point.

First, there was Minamino’s finish, beating the Preston defender to the ball in the 61st minute to flick home for the opener after some impressive, tenacious work from Williams to work the space to cross.

But it was Origi’s finish that took the headlines, and rightly so. With the game dragging on to its conclusion as mid-week fixtures often do, the striker took it upon himself to light up the stage with a piece of improvisation simultaneously subtle and extravagant.

Konstantinos Tsimikas, who has made his breakthrough this season both into the Liverpool first-team squad and most people’s Fantasy Premier League teams, crossed from deep.

It was a poor cross that turned dangerous when it bounced upwards and back into the box off the crossbar, the flight of the ball causing Preston keeper Declan Rudd to flail as it went over his head and he thought for a split second it was nestling into the top corner.

It would be easy to say that the ball then fell luckily into the path of Williams, but that would be to do the young right-back a disservice for in truth he was the first to react.

There was certainly some good fortune involved, but the Welshman did well to be alive to the threat, modify his run and bring the ball under control as it bounced off his feet and the white shirts of three Preston defenders closed in. His shot-cum-assist then pinballed off the defenders before arriving to Origi.

Improvisation at its best from Divock Origi to double #LFC's lead! 👌

Origi doesn’t seem to do things simply and that was no different here. He could have probably brought the ball down and hit it on the turn to score an easy second; thanks for coming everyone, get home safe. But where’s the fun in that?

Instinctively he improvised, but this was not your typical lashing at the ball in vague hope. Instead, he allowed it to run beyond him before wrapping his right foot upwards behind him, leaning forward and twisting his body as he did so to better reach the ball.

A position seemingly better suited to yoga or dance rather than football, Origi then sliced the ball upwards and towards goal with the back of his foot as if he had been practising that exact finish for years.

It sailed over Rudd, who could only grasp with one hand at the air where the ball had just been, and into the Preston net to complete the ultimate chef’s kiss of a finish. Bellisimo.

The entire move was conducted with the nonchalance we have come to expect from Origi and the celebration was no different.

While others might have gone off cartwheeling or knee sliding, Origi was content with a slow jog, a smile, and a chest bump with Tsimikas: lovely. He was probably wondering if the latest episode of Corrie would be on the ITV player when he got home.