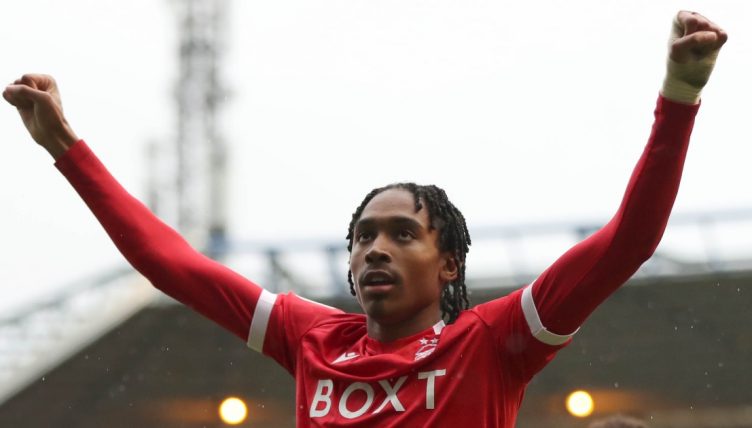 With neither side looking like title contenders in the near future, it could be said that the Arsenal-Tottenham rivalry is the footballing equivalent of two bald men scrapping over a comb.

The more optimistic follower of either club will point to their presence in The Race For Fourth as a sign of tentative progress after a fallow period since 2019.

But the reality is far cloudier; both squads are packed full of stale players, each have suffered humiliating exits from cup competitions this season and Chelsea turn up every five minutes to reinforce the gap between them and the Premier League elite.

Both Arsenal and Tottenham recognise the need for continued regeneration and it’s no surprise to see them target Middlesbrough defender Djed Spence.

Spence, who is currently on loan at Nottingham Forest, announced himself to a nationwide audience with an accomplished display as the Championship side dumped Arsenal out of the FA Cup earlier this month.

And the youngster underlined his status as the Trentside Cafu during Forest’s 3-0 win over Barnsley at a freezing City Ground.

With Steve Cooper’s side two goals ahead and coasting, Spence received possession in his own half and set off with the purpose of a man determined to reach his local before last orders.

The more unkind observers will suggest that the Barnsley defence contains more holes than OJ Simpson’s alibi but there was a beauty about Spence’s directness at exploiting them.

With a potent mix of pace and precision, sprinkled with the kind of flair taught on the Copacabana curriculum, the 21-year-old beat three defenders – with Jordan Williams being barged unceremoniously to the turf – before squaring for Brennan Johnson to sweep home Forest’s third.

Speaking after Forest beat Arsenal on the Wrighty’s House podcast, Ian Wright said: “That was one of the best right-back performances I have seen for a very long time. A very long time.

“If we are talking about right-backs performing at an unbelievable level, we’re talking Reece James and Trent [Alexander-Arnold].

“But I have not seen a combative, technical, swashbuckling performance like that for a very long time.

“I said to him afterwards, ‘Whatever’s happening, whatever you’re doing, the level you’ve just shown us here is the level you have to be consistently hitting, Djed’.

“I said ‘All seriously, that level what I saw there, you should be in the Premier League’.”

Spence’s rare blend of defensive nous and attacking prowess would undoubtedly make him a solid option at either north London club.

And his Cafu-esque assist against Barnsley demonstrates how either club would have won the lottery if they secured his signature.

If nothing else, Spence certainly looks a more tempting prize than that rusty old comb.