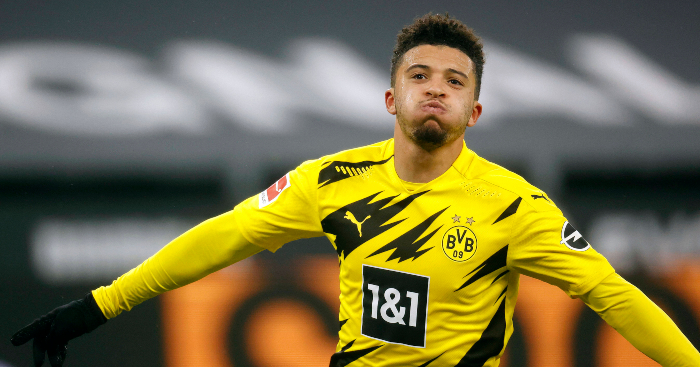 We all know the feeling when the person you like announces they fancy somebody else; deflation and angst come in hand-in-hand, alongside the gnawing sensation that you don’t quite measure up.

Jadon Sancho no doubt possesses the monstrous self-confidence needed to be an elite footballer, but after spending the last few years linked with a move to Manchester United, it must have been galling to discover United would now prefer to sign Erling Haaland instead.

Given Ed Woodward’s track record, the sight of either player holding a scarf aloft on the Old Trafford pitch must rank as an unlikely one.

Yet with The Mirror reporting that United’s hierarchy thinks that they ‘dodged a bullet’ by refusing to stump up the rumoured £100million for Sancho and will now turn their attentions to Haaland, the England winger could be forgiven for reflecting upon the fickle nature of his previous suitors.

Yes, United’s upturn in league form over the past few weeks must account for the cooled interest in Sancho. But there is also the feeling that the 20-year-old winger has failed to hit the heights of last season, having failed to score in his first 11 league appearances in 2020-21.

With a new year comes renewed vigour, for both player and club. Borussia Dortmund underwhelmed in the final half of 2020-21 and currently find themselves off the pace in the Bundesliga, eight points behind the Death Star of Bayern Munich.

The problem with packing your team with exciting young talent is the inconsistency that inevitably occurs. But when everything clicks, the results can be something quite magical.

Dortmund move up to fourth and Jadon Sancho has hist first Bundesliga goal of the season 🙌 pic.twitter.com/IUpcck1gIV

Raphael Guerreiro directed a cute header into the path of Marco Reus, who swept the ball forward with a delightful one-touch pass.

Sancho picked up the ball in acres of space. With acceleration that makes the Road Runner look sloth-like by comparison, the odds on Wolfsburg defender Paulo Otavio catching him were on the slim side.

With some footwork we’re legally obliged to refer to as ‘fancy’, Sancho shuffled past his flailing opponent. In the absence of anything more effective to do to stop Sancho, Otavio fell to the floor. We haven’t seen resistance like it since Brazil lined up for the World Cup semi-final in 2014.

Finding himself with a free run on goal, Sancho tucked the ball underneath goalkeeper Koen Casteels with the minimum of fuss.

With talent like this, Ole Gunnar Solskjaer would be a fool to dismiss the England winger so lightly.