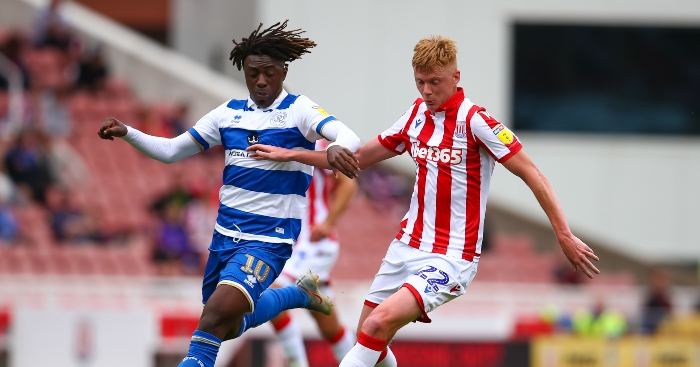 Going into the 2019-20 season, plenty of people didn’t know what to expect from QPR.

Eleven men who played games for the Rs’ first-team last season had departed, with a dozen new faces making their way to west London. A repeat of last season’s four straight defeats to start the campaign wasn’t out of the question as new arrivals took time to adapt.

However, they have already got off the mark with a victory at Stoke City, blending the impact of a new man in manager Mark Warburton with the form of a couple of more familiar faces.

With Luke Freeman moving to Sheffield United, a lot of the burden for creativity has fallen on the shoulders of Ebere Eze.

The academy product started last season strongly, putting in eye-catching performances as he scored in back-to-back wins over Bolton and Millwall early in the campaign, but faded after Christmas and was no longer a guaranteed starter in the spring.

Such was Eze’s rapid growth, it was easy to forget he was a 20-year-old embarking on his first full season in the Championship, and some of the things perceived as laziness were just a young player seeing the games and minutes catch up with him.

This year may have to be different, though. Even as a junior member of the squad, Eze has been forced to grow up quickly. Now, almost overnight, he has become one of the more established players at the club.

QPR’s second goal against Stoke, the one you’ve seen everyone talking about, owes a lot to Eze and to another man at a similar stage in his development, goalkeeper Joe Lumley. The 24-year-old took over as first choice a few weeks into the 2018-19 campaign but now feels like an old hand amid all of the flux.

The difference he made was noticeable, not least when it came to turning defence into attack. QPR’s squad last season was set up for counter-punching, and having a goalkeeper looking for the out ball whenever he claimed a cross was key to that.

It’s fair to say QPR’s goal against Stoke wouldn’t have happened with a goalkeeper less confident in his distribution, but Lumley is the kind of goalkeeper who never seems likely to compromise on this part of his game, even if it runs the risk of costing his team a goal or two.

As for Eze’s part in the goal, it’s the perfect example of him taking the impression others have of him and using it to his advantage.

His languid style can give off the impression of a lack of urgency, but even a stroll is a potential burst. Had Stoke’s players been wise to that then one of the several defenders blocking his path to goal might have been able to intervene.

Instead, you have players like Nathan Collins – by all accounts an extremely competent defender – being forced to look at stills like this and attempt to explain himself. 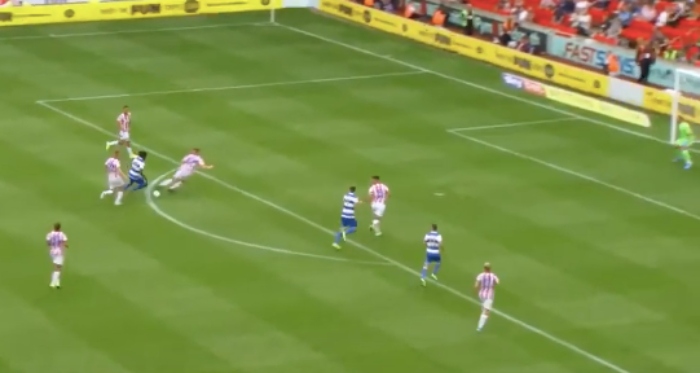 There were moments last season when Eze found himself in potentially dangerous positions and his first instinct was to look to move the ball on, almost as if he had been so worn down by things not coming off that he would rather play it safe and avoid blame than try something with a high potential reward.

He needed a break, just to reset and remind himself of what he is and of what he can be. And he need to make it pay before Stoke had figured out what he was capable of doing.

Sometimes you only have one shot at this, and he knew as much.

As the ball hits the back of the net, we see the typical remonstrations from the Stoke defenders, and we’d be curious to know what they were saying to one another.

They might well have been playing the blame game after some relatively sluggish tracking back and a healthy gap between the two centre-backs, but maybe the chat went along the lines of, “This lad’s really good, isn’t he?”

With a big season coming up, it’s a chance for Eze to escape the shadow of his former team-mates and become the big dog of the QPR set-up. However, while he might be the one with the star quality, goals like his effort at Stoke show how this season will need to be a team effort.

The upheaval means QPR will probably be happy with an uneventful run to mid-table this season, with anything else a bonus, but moments like this can be enough to let them dream big.