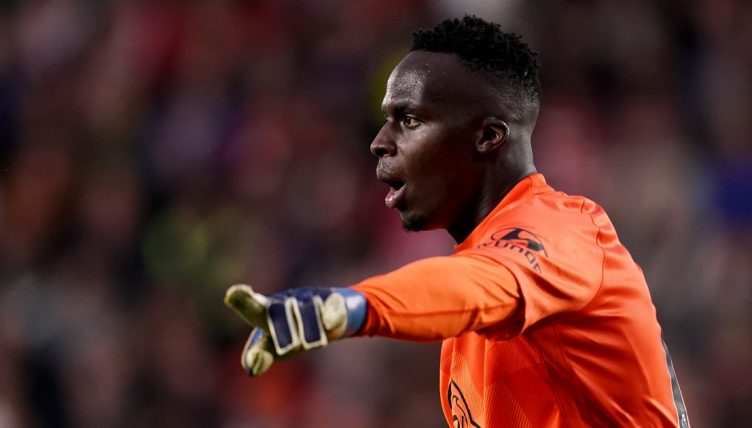 You currently cannot move for people claiming Chelsea goalkeeper Edouard Mendy should have been included on the Ballon d’Or shortlist.

His exclusion from the 30-strong list didn’t meet with much attention at first until comments made by Mendy’s compatriots Sadio Mane and Kalidou Koulibaly during the international break with Senegal.

And now Thomas Tuchel has now added his voice to the cause, along with team-mate Antonio Rudiger, who, after Mendy’s match-winning performance at Brentford on Saturday, wrote on Twitter: “Someone explain why he’s not nominated for the Ballon d’Or?”

In one way, these voices are all correct: it’s odd that the Champions League-winning goalkeeper has been excluded from contention.

Perhaps Mendy does his job so effectively as to go under the radar or it could be a symptom of bias towards attacking players when it comes to nominations.

But, let’s face it, the whole notion of individual prizes in football is bullshit.

While it can be argued that individual players should be celebrated on their own merits, the current fetishisation of the Ballon d’Or and its equivalents represents the growth of celebrity culture and the cult of the individual.

It represents armies of Twitter fans laughing at legends like Lionel Messi and Cristiano Ronaldo if they fail to score a hat-trick every game, rather than enjoying two all-time greats while they can.

And it bastardises the notion that football is the ultimate team game, with every member of the side bringing something important to the overall collective.

Besides, judging by Mendy’s spectacular injury-time save to deny Brentford a deserved point against the European champions, any perceived snub will benefit the entire Chelsea team rather than any individual alone.

Having already made a string of saves to preserve Chelsea’s 1-0 lead, the 29-year-old demonstrated cat-like reflexes to keep out Christian Norgaard’s overhead kick.

As Mendy lay on the ground before rising to bollock his team-mates for prioritising congratulations over concentration, it became apparent how much of a team player he is – no personal acclaim when the opposition still had the chance to gain.

I still can’t quite believe Mendy pulled this save off🤩

So, you imagine Mendy does not care about any acclaim beyond the self-satisfaction at another strong performance that keeps Chelsea in pole position in the Premier League table.

After all, this is a man who was registered unemployed aged 22 when he found himself on the periphery of the game who has now established himself as one of the best goalkeepers in world football.

And, more importantly, he is a ‘keeper Chelsea can rely on to dig out the kind of results that league-winning seasons are built on.

Tuchel summarised things best: “I think we could be on that (Ballon d’Or) list as a whole team,” he said. “We won that competition as a team. If we have five names or six names it doesn’t matter.

“We won the Champions League with 21, 23 guys, everybody played their role.”

And the performances of Mendy only serve to highlight the limitations of individual awards in football.