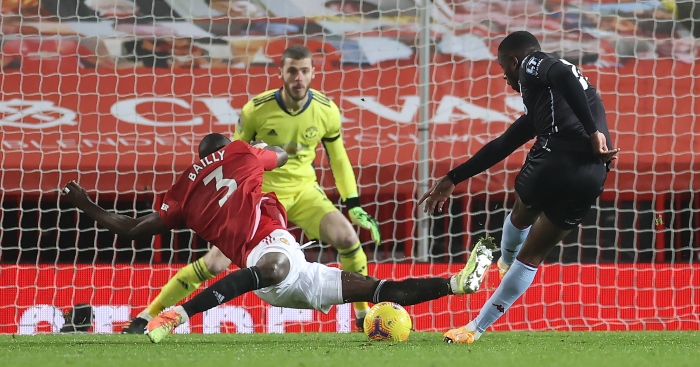 “You can fix your nose. But if you let somebody score the goal your pride cannot be fixed.”

While Nemanja Vidic won countless honours during his eight-and-a-half years at Manchester United, it was his full-blooded approach that really endeared him to their supporters.

After arriving at Old Trafford as a relative unknown in January 2006, Vidic formed an iconic partnership with Rio Ferdinand and established himself as one of the fiercest centre-backs in the game.

He became a no-nonsense defender that, in the words of Michael Carrick, “scared centre-forwards to death”, crunching into tackles and leaving them covered in bruises.

The former Serbia international also protected the goal like his life depended on it, regularly putting his head where other players would be scared to put their feet.

So Vidic effectively had his own xG model in his head, literally. Narrowing down the options, putting his head in the ball's path to lower the xG of the shot, trusting his goalkeeper, and hoping for a little bit of luck. pic.twitter.com/zy1WYyo3dB

Unsurprisingly, United have struggled to fill the void left by his departure, and there have been times when Old Trafford has felt less Fort Knox and more your grandad’s garden shed.

But Vidic may feel that United currently have his kindred spirit on the books in Eric Bailly. “If you’re asking me which one central defender I most like to watch, then it’s Bailly,” he told ESPN in 2017.

While Bailly’s progress has been hampered by several injury problems, it’s not hard to see why he’s so highly rated. While modern defenders are expected to contribute on the ball in playing out from the back, Bailly retains that old-fashioned thirst for physicality – as he showed at the death in United’s 2-1 victory over Aston Villa on New Year’s Day.

As the clock ticked down in injury-time, an Aston Villa cross saw the ball fall to Keinan Davis in the penalty area, and the forward looked set to rescue a point for the away side.

Bailly was willing to put his body on the line for the team and produced a crucial goal-saving block in the 95th minute.

“You can see today his physicality, his pace and his bravery is second to none really,” Ole Gunnar Solskjaer said after the game.

Vidic may dispute Solskjaer’s “second to none” comment and justifiably point to his own performances at Old Trafford – but then again, we reckon Bailly would be more than willing to fight his own corner.

Forget centre-forwards, the thought of that is enough to scare us all to death too.