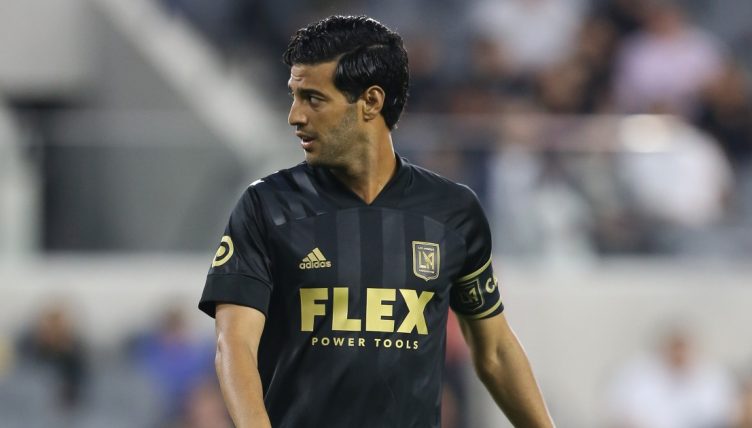 There are certain contexts where you just know you can rely on someone to deliver.

The chances are if you sit down to watch Barcelona on any given weekend, Lionel Messi will treat you to something special.

There’s a reason that pretty much everyone breaks the bank to have Harry Kane in their Fantasy Premier League team. Over in the Bundesliga, Robert Lewandowski is smashing records that have stood for 50 years.

In Major League Soccer, Carlos Vela is that guy. The Mexican forward has followed in the footsteps of Premier League alumni like Robbie Keane and Bradley Wright-Phillips in tearing it up in the United States.

Like the final act of an 1980s action blockbuster, there had been just enough jeopardy to make you doubt the star might not actually save the day come the 79th minute of Los Angeles FC’s clash with Real Salt Lake.

Impacted by injury, Vela has not been his usual prolific self in the 2021 campaign so far. Coming into Saturday night’s match, he’d notched four assists but scored just one goal in nine appearances.

The 32-year-old’s long-time Mexico team-mate Javier Hernandez made a slow start to life in America, but now he’s threatening to outshine his old pal, having notched 10 goals in 10 appearances for LAFC’s city rivals LA Galaxy in 2021.

Against Real Salt Lake, Vela’s strike partner Diego Rossi had opened the scoring after just 10 minutes, but eight minutes later – and completely against the run of play – Aaron Herrera got the visitors back on level terms.

Come the final 15 minutes, LAFC had done everything but regain the lead. Vela had struck the woodwork and missed a penalty. Collectively they registered 24 shots, eight on target, while Real Salt Lake had mustered just three attempts in total.

Twenty-year-old goalkeeper David Ochoa put in a performance between the sticks that his namesake Guillermo would have been proud of but eventually was faced with an effort that he couldn’t throw his body in the way of.

Kim Moon-Hwan played a deep diagonal cross into Vela’s path, and he chested it down with an intent as if to say ‘form is temporary’, followed by an emphatic finish from an acute angle that completed the maxim.

After all, there should be no doubting the Mexican’s class following his 2019 MVP campaign, having scored a record-breaking 34 goals in 31 appearances, a contribution that saw newly-formed LAFC run away at the top of the Western Conference table and win the Supporters’ Shield.

Subsequent years haven’t proven quite so fruitful, with a midtable finish in the pandemic-hit 2020 season – whereby Vela still scored a respectable nine goals in 13 appearances in all competitions – followed by a slow start to 2021.

“He is aware that we are trying to get him back to his best level and when he is on the pitch, he keeps being dynamic with the ball and going by defenders,” LA coach Bob Bradley said in June as his talisman stepped up his recovery from an ongoing knee injury.

“Carlos knows it is not about how many minutes he plays, it is about him pushing his limits and really getting as dynamic as he has always been, especially at his best.”

Vela’s latest match-winner is evidence of a player worth waiting for. He assuredly reached the potential that any Arsenal fan will swear blind he always had, at the age of 30, and he can do so again.

LAFC are climbing back up the table, having won their last three matches. They’re now within three points of LA Galaxy and looking well-placed for a play-off finish. With their main man back in form, there’s no telling what they can go on to achieve this year.