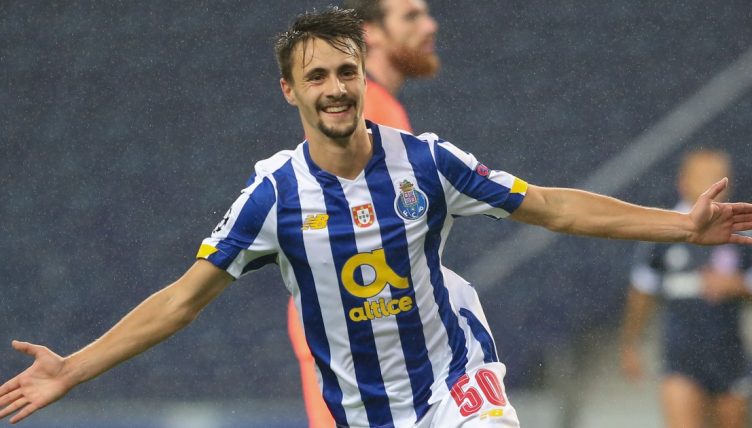 Mikel Arteta is well aware of what Arsenal need. And he might have just found it with Fabio Vieira.

A former Gunners captain that made 150 appearances for the club, Arteta shared a dressing room with some wonderfully talented creators.

The 40-year-old manager does not need to be schooled in their importance, particularly in the great Arsenal sides of years gone by.

“That is a lot of players who are now not here. We have to renew that cycle, because if not, those kind of players won’t be there for us anymore.

“They are a big part of what any squad needs.”

Arteta was Pep Guardiola’s right-hand man during Manchester City’s 2017-18 campaign, one in which they hit a record-breaking 106 goals and 100 points.

Their midfield that season boasted Kevin De Bruyne, Bernardo Silva, David Silva and Ilkay Gundogan. Evidently, there’s no such thing as too many defence-splitting passes.

Since making those comments, Mesut Ozil was ostracised from the squad and shipped out, while Dani Ceballos – nominally that kind of player – returned to parent club Real Madrid, having never quite convinced at the Emirates.

Two years on and we’re witnessing the renewing of the cycle, as promised by the fledgeling coach. Martin Odegaard’s first full season in the Premier League was full of promise, while Hale End’s very own Emile Smith Rowe is emerging as a special talent.

But Arsenal could still do with more of those Cazorla-esque magicians that are so intelligent and effortless at finding space in “those pockets” between the lines. Take just a cursory glance at new £34million signing Vieira and you’ll see a player that looks to fit the billing.

The 22-year-old playmaker thrives in what tactics nerds call the ‘halfspace’ – namely infield, where more passing options open up – but he’s also played some killer crosses from out on the wing.

There’s no better example of that than his perfectly-struck cross for Mehdi Taremi to equalise late on for Porto against reigning champions Sporting back in February.

Porto get their equaliser! 🐲

He also demonstrated that crossing ability to set up Taremi’s consolation goal against Liverpool back in the Champions League last October, before underlining his big-game chops with the opener in Porto’s 3-1 Classico victory over title rivals Benfica in December.

Despite making 12 of his 27 Primeira Liga appearances last season from the bench, Vieira ended the 2021-22 campaign as the assist leader (with 14) in the Portuguese top flight, averaging 2.3 key passes per 90 minutes – as many as former team-mate Luis Diaz.

The rising star also notched six goals, averaging a direct contribution to goal every 66 minutes. By contrast, Emile Smith Rowe averaged a goal or assist every 160 minutes in the Premier League last term, while Martin Odegaard’s average was every 253 minutes.

He wasn’t a guaranteed starter, but Vieira was a vital cog in Porto’s double-winning 2021-22 campaign, ensuring that he arrives at the Emirates as a proven winner.

It’s long been obvious that Vieira is a special talent – from winning the UEFA Youth League with Porto in 2018-19 and being named the Player of the Tournament at the UEFA European Under-21 Championship last summer – and this is the big move he was always destined to make.

What this means next for Arsenal will be interesting to see. Back in Europe, he’s a necessary addition to bulk out the squad and provide Arteta with another creative outlet besides Smith Rowe and Odegaard.

Vieira’s versatility and skillset may even result in the Gunners fielding an extra playmaker to move away from their sturdy double-pivot and into a more dynamic 4-3-3.

However Arteta looks to fit the new addition in, Arsenal have made a statement signing.