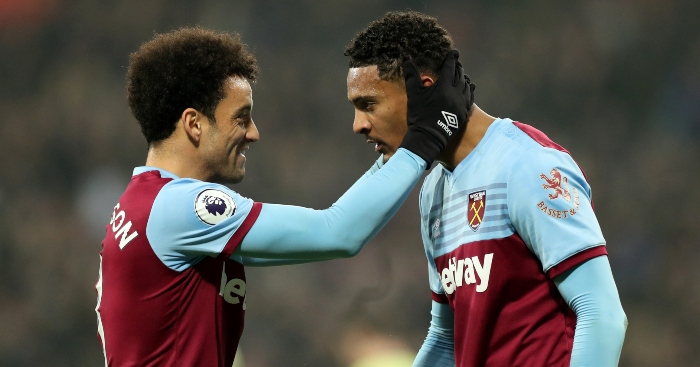 When David Moyes took over at West Ham United, he pledged to deliver attacking football at the London Stadium. Against Bournemouth, Felipe Anderson showed why he deserves to be part of that.

Looking at Moyes’ last spell in East London, there was reason to be fearful for the Brazilian’s immediate future. The manager preferred to play with five at the back, with a more industrious midfield four behind a lone striker.

Anderson has come in for criticism this season for a combination of reasons, with perceived lack of interest dovetailing with less in the way of end product. However, in his new manager’s first game, he looked like a different player to the one who scored just one league goal in all of 2019.

“The fans want to see more attacking football, action and excitement,” Moyes said upon his return, more than 18 months after guiding an often difficult to watch West Ham side to Premier League safety.

Against an admittedly dreadful Bournemouth, his team delivered on that, arguably none more so than Anderson.

Since returning as a substitute against Crystal Palace, he has not just seemed more willing to look for the ball but also more prepared to make something happen when it arrives. We saw that with his goal, the fourth in a 4-0 win, but also in another moment early in the second half against the Cherries.

After rushing to make himself available to throw-in taker Aaron Cresswell, the former Lazio man stations himself on the touchline. Not to hide away but rather to give himself a greater vantage point from which to survey his options.

We occasionally see a manager earn criticism for watching a game from the stands rather than the touchline, as if such a thing presents bad optics for those who live for passion with a capital P, but it can allow them a far clearer outlook on what is happening and what is possible. The same applies here.

By taking a more withdrawn starting point, he can get a better gauge on Simon Francis’ movements, not to mention the defender’s capability to change direction and track Cresswell if and when the ball is returned to him. The positioning and placement of obstacles might make the execution of the scooped pass more difficult, but this is no problem for someone with his levels of self-belief.

It’s as if Anderson has taken a step to the moon to watch what Francis is up to, and then dropped a ball over his head and simply placed it at his team-mate’s feet. A tough delivery doesn’t even register as a roadblock when the alternative is driving with one eye covered.

After that moment of brilliance, a first goal since April was all Anderson deserved.

And, while his own contribution to West Ham’s fourth was vital, it owed a lot to a team-mate taking his lead and letting rip from a position which allowed him to see everything.

Declan Rice isn’t known for his quarterback passes, but his ball out to West Ham’s No.8 suggests he maybe should be. Indeed, the left-footed pass was hit with such precision that many in the London Stadium can have been forgiven it was played by, well, at least someone who’s actually left-footed.

Anderson’s first touch elevates the pass even further, somehow simultaneously killing the ball and pushing it far out of the reach of Francis, who by this point must have been close to wondering why he even got out of bed in the morning. Instead, he’s gone into work on the first day of the new year, walked into his private office and seen Anderson spun around on his chair and eating Francis’ own lunch. At 9.30 in the morning.

“All I’d said to him was, “Give us a Brazilian goal”. And to be fair to him, he did,” Moyes said after the game.

The simplicity can tell us one of two things: the first option is that less is sometimes more, and football really can be that easy at times. The other is that this result, and Anderson’s performance in it, was a fluke of timing which can’t be repeated without at least a little more dynamism in his manager’s motivation.

West Ham fans won’t mind which is true, at least for now. They’ve started the new year with a first home win in seven and a four-goal Premier League win for the first time since 2007. More importantly, one of their star men is showing signs of the form which got people off their seats last season.

When that happens, everything else is just noise.