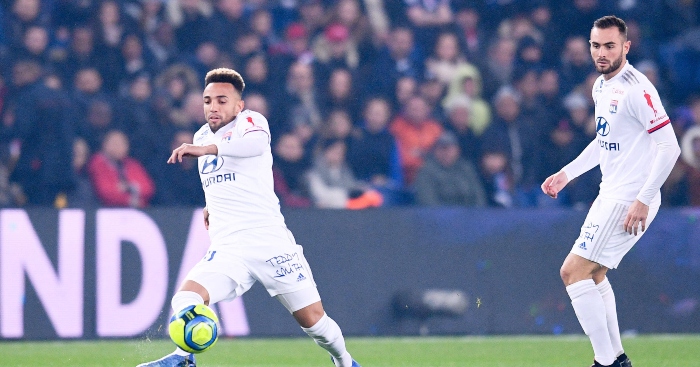 Every week, we’re treated to a moment which makes us rethink footballers’ capabilities. That moment is rarely an own goal, but when it is, you know it must be a good one.

In fairness to Fernando Marcal, if you’re going to put away one of the all-time great own goals, you might as well do it against Paris Saint-Germain when you’re already 2-0 down away from home.

When that happens, you’re at least able to say you shared a scoresheet with Angel Di Maria and Kylian Mbappe. Not that anyone’s going to spend any time talking about the other goals.

Marcal hasn’t scored a goal at the right end for Lyon, or indeed for anyone since netting for Nacional against Arouca back in February 2014.

On the strength of this finish, it’s hard to understand why.

When Julian Draxler pulled the bull back from the touchline, he will have been hopeful of someone getting a touch to turn the ball into the net.

Unfortunately for him, there was no PSG attacker anywhere near his cutback. In fact, including the goalkeeper, there were five Lyon players on hand to avert the danger.

It begs the question why Thiago Mendes felt the need to slide in with such desperation, but as we were to soon discover, sense had temporarily been removed from the equation.

Still, when Mendes’ attempted clearance somehow landed back at Draxler’s feet, there was still a defender on the line and Marcal in a good position to cut out any ball back into the danger zone.

And, sure enough, cut it out he did…

Beautiful finish to be fair… pic.twitter.com/YDLIkV2zAc

You might watch this goal and be tempted to attempt to figure out what is going through Marcal’s head as he strides forward and slams the ball into the roof of the net with all the confidence of a basketball player delivering a game-sealing slam-dunk.

Then you’ll watch it a second time and realise the question “what was he thinking” can only really be contemplated from a philosophical perspective.

There’s no logical explanation for why a man has – to use a technical term – absolutely twatted the ball into his own net. The only thing we can put it down to is his desperation for football to retain a sense of genuine mystery and unpredictability.

Marcal is a man with Adrian Mariappa’s Premier League own goal fresh in his memory from the day before, deciding that, while pretty good, it still follows a relatively set formula.

The Brazilian’s effort, however, is nothing of the sort. It acknowledges the restraints of logic and formula, shreds them into tiny pieces and hurls them out into a passing gale, never to be recognisable again.

Huge for Brighton! Disaster for Watford!

What is Mariappa doing? The defenders interception arrows into the top corner. That could be costly. pic.twitter.com/MDW7uNtjAk

The viciousness with which Marcal plants the ball into his own net is a thing of ugly beauty, like a movie execution or a tube of Mentos sending a bottle of coke into orbit.

It’s the sort of contact you can hear even on a muted video, such is its literal and spiritual power.

The next time you’re bored watching football and think nothing in the game can surprise you ever again, you’ll think back to this moment and laugh.